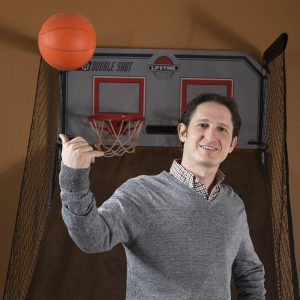 DraftKings CEO Jason Robins said in 2012 what many in the poker community believe today regarding the skill-based elements of the card game and how its decision making relates to daily fantasy sports (DFS).

During a Reddit.com “Ask Me Anything” conversation, the then-31-year-old described daily fantasy contests as a “mashup between poker and fantasy sports.”

“Fantasy sports has a carve out from the 2006 gambling regulation because it’s considered a game of skill,” Robins wrote. “This concept where you can basically ‘bet’ your team will win is new and different from traditional leagues that last an entire season.”

DFS operators have recently avoided using the term “bet” to describe any aspect of their games.

The word is defined as “an agreement in which people try to guess what will happen” or “valuable thing that you could win or lose” according to Merriam-Webster.

Robins isn’t specifically identified on the Reddit board, but the moniker “dkredditor” is assumed to be the DFS executive according to the Associated Press.

As the growing popularity of DFS and television commercial blitz continues in the United States, it was only a matter of time until lawmakers moved to analyze the market.

Several states including Michigan, New York, Delaware, and Pennsylvania are all currently deciding their next steps.

That didn’t stop DraftKings from continuing to accept entries into its weekend contests.

“Because our game is nuanced in the fact that we allow late swaps, we allowed players who had already entered games on Thursday to be able to continue their full experience,” DraftKings wrote in an email to the New York Times. “We also implemented blocking mechanisms for Nevada residents from creating new accounts, depositing money or playing new games.”

Sports betting is legal in Nevada, but both land-based and online bookmakers must obtain gaming licenses from the state. Presently, DraftKings and FanDuel are unlicensed Internet platforms.

Robins’ linkage of DFS to poker could hurt his industry’s fate moving forward as his colleagues make their case to retain daily fantasy’s skill-based understanding.

However, others believe a case can be made that Robins is correct in that poker and daily fantasy share many commonalities.

First and foremost, DFS platforms don’t rely on the outcomes of contests as they simply act as facilitators for the games not unlike the casino dealer in a Texas Hold’em tournament.

DFS participants also trust their own knowledge to assemble what they believe to be the best possible roster of athletes for that week. Many argue that is similar to a poker player using his or her talents to outsmart others sitting at the felt.

In an exhaustive 2012 review of determining the relationship between skill and poker, 91-year-young US District Judge Jack Weinstein ruled that talent and ability were vital necessities to playing poker.

“The government must demonstrate that it is more probable than not that poker is predominated by chance rather than skill. It has failed to do so,” Weinstein concluded.