The World Poker Tour added Doyle Brunson to its gaggle of ambassadors on the same day “The Godfather of Poker” hinted he might play in the World Series of Poker Main Event. 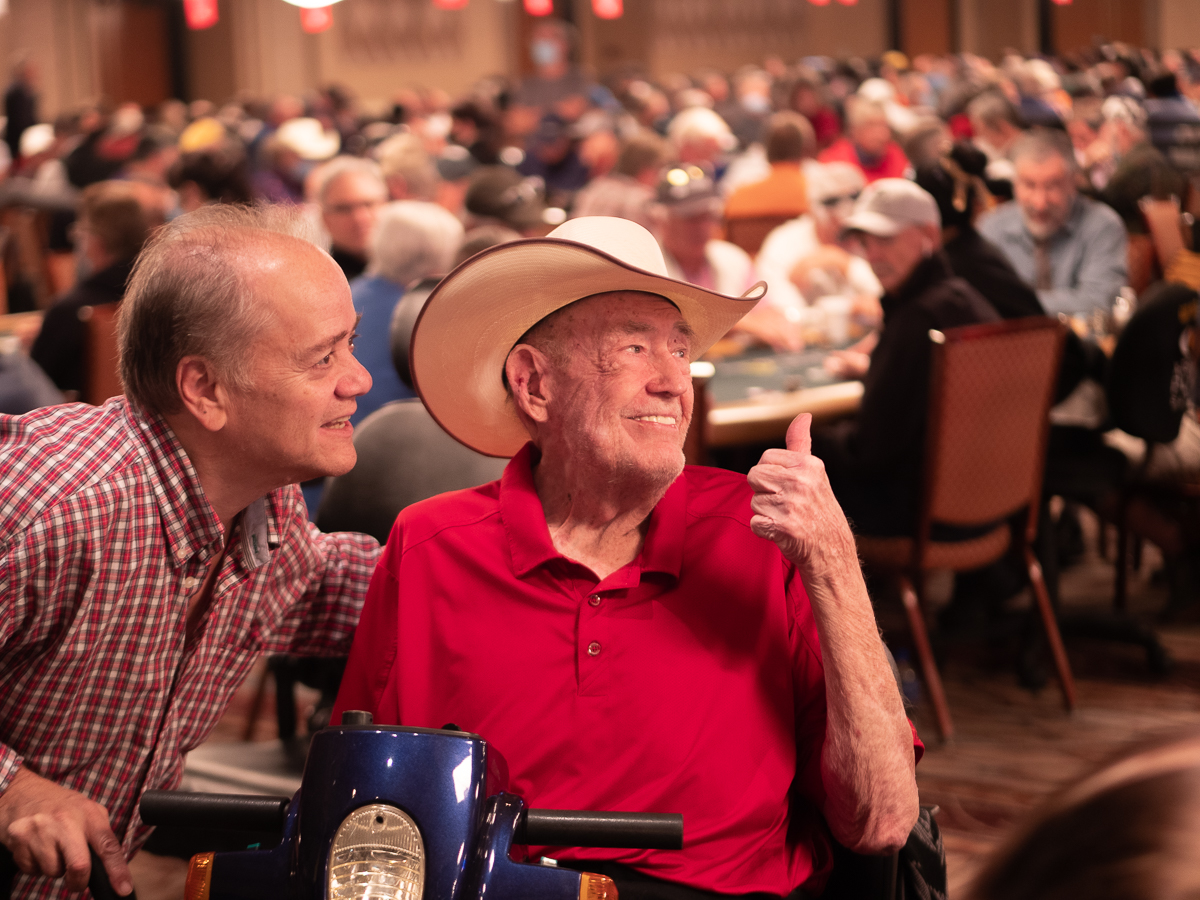 The ongoing COVID-19 outbreak has kept the 88-year-old poker legend away from the Paris and Bally’s this year, but he’s keeping his hopes up for the big one.

I probably am going to play the main event, hoping the covid has died down a little.

Brunson played in the seniors’ events last year and appeared on the most recent episodes of “High Stakes Poker.”

A 10-time WSOP bracelet winner, he’s been part of America’s consciousness since going back-to-back in Main Events in 1976 and 1977, writing “Super System,” and being featured in several articles in Sports Illustrated — not only for his poker prowess, but for his penchant for gambling on golf.

The WPT, which is celebrating its 20th season, has gone on an ambassador-hiring spree this year.

Brunson to take part in ‘elegant frivolity’ on Saturday

Brunson is scheduled play in a poker tournament Saturday, June 25, as part of the Neon Future Science celebration, which is sponsored by a partnership between the World Poker Tour Foundation and the Aoki Foundation.

According to a WPT press release, Neon Future Science will be “an electrifying, weekend-long melange of age-defying research, innovative art, poker, and elegant frivolity.” That makes sense, knowing the Aoki Foundation “has a primary goal of supporting organizations in the brain science and research areas with a specific focus on regenerative medicine and brain preservation.”

“Neon Future” is the name of a comic book Aoki co-created.

The $12K fee gives guests access to several of the biggest players in the regenerative medicine field, including entrepreneur and chairman of the X Prize Foundation Peter Diamandis and aging expert David Sinclair, who runs the Sinclair Lab at Harvard. The lab is working to understand why people age and how to reverse it.

An art and celebrity experiences auction will take place that night, and one of the experiences people will bid on is a golf outing with Phil Ivey.

The poker tournament takes place Saturday at Alle 66 Lounge at Resorts World. Prizes include a WPT World Championship passport, MLB All-Star VIP Tickets, and VIP access for four with Aoki behind the DJ booth at Omnia, which is a club in Caesars Palace in Vegas.

The WPT Foundation has raised more than $43 million over the past 10 years. Some of its beneficiaries include the US Vets Initiative, the Catch 81 Foundation, which helps at-risk children, and Conservation International, among others.