Doyle Brunson is as close to a patron saint as you can find in the poker universe. He’s revered as the original crusader, the dynasty founder, and a lesson in American poker history, all wrapped up in one. 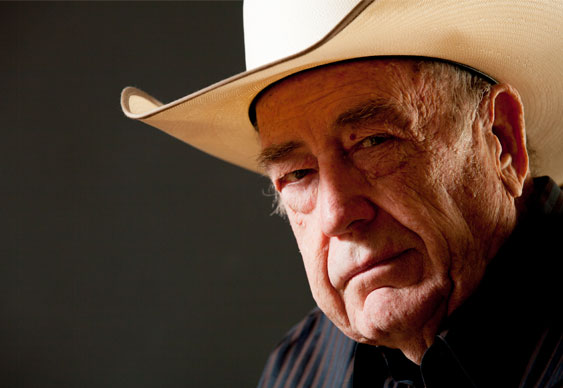 Well, he’s revered by almost everyone, anyway. Vanessa Selbst isn’t part of that vast majority. The PokerStars pro even took to Twitter this week to express her disdain for Texas Dolly.

Like many arguments on social media these days, this feud began over politics. In this case, an anti-Hillary Clinton post, to be exact.

Brunson, a Donald Trump supporter who admits he is voting for him more because he despises Clinton than because he thinks Trump is a great candidate, responded to an anti-Trump comment that accused the GOP presidential nominee of being a liar.

Doyle, in defense of Trump, accused Hillary of being more dishonest. Selbst, a supporter of the former First Lady, stepped in, asking Brunson to prove that Trump lies less frequently.

“Instead of talking nonsense, why don’t you actually do it? Find twice that many lies from Hillary just from today. Or in general,” Selbst tweeted.

“You’re just like the rest of the ignorant masses. Recycling talking points, making assertions, avoiding actual facts and logic,”  she continued, accusing Brunson of being a typical Trump supporter.

Brunson the Senior was not about to take any disrespect, to the surprise of no one who’s ever followed him on Twitter.

“Don’t know if you follow me but if you do, please unfollow me. You showed me your character when u welshed on Jason,” Brunson fired back, referring to Selbst attempting to back out of her now-infamous WSOP bracelet bet with Jason Mercier this summer.

“I haven’t followed you for a long time,” Selbst retorted via a tweet. “And yeah, paying 100k = welching. I doubt u want to start a debate about ethics in poker,” the PokerStars Team Pro posted in her own defense.

Pescatori for the Defense

The feud between the poker players appears to go beyond a silly Trump versus Clinton argument. Five-time WSOP bracelet winner Max Pescatori, a close friend of Doyle’s son Todd, defended the poker legend by advising Selbst she didn’t have to use insults to get her point across, “especially to someone much older” than she is.

“What does age have to do with it? He’s proven himself to be an insensitive bigot time and again. I don’t have respect for that,” said Selbst.

Pescatori informed her that in his home country of Italy, it’s fine to argue with an elder, but not by slinging insults. But Selbst wasn’t about to walk her comments back.

“What I was taught is to respect ppl who respect others. Doyle has said so many putrid things about me, I have zero respect,” the all-time winningest female poker pro responded.

With the presidential election less than 50 days away, the Trump versus Clinton debates are heating up on Poker Twitter across the spectrum. Mike Matusow (Trump supporter), Todd Brunson (Gary Johnson supporter who says he may still vote Trump), Matt Glantz (Trump), Daniel Negreanu (Clinton), and other poker pros are frequently sounding off on the upcoming election.

Selbst used to have my respect. No more. Not for the lying, manipulating murderer she supports, but for the lack of respect for her elders.

Champyun, you just called an elder a lying manipulating murderer, talk about lack of respect for your elders, do you always state your double standards so blatantly?

Honestly, fighting because of Politics is simply stupidity. Here in BR we have that a lot, ppl lost respect for police, for politicians and for their own friends that thinks different.

Fun fact is that I read that on Doyle’s TL a few days ago..

While we fight, they profit. While we cringe they smile.