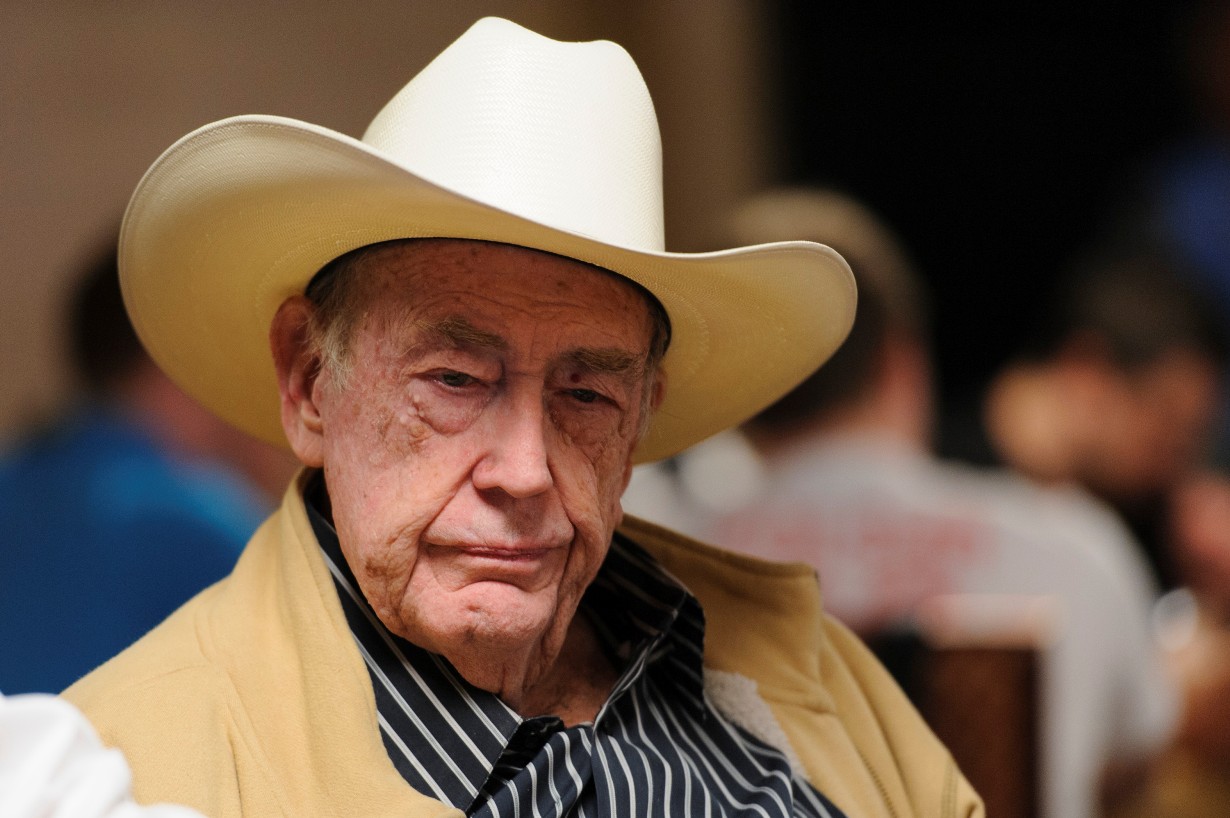 Doyle Brunson will appear on two special episodes of ‘Poker After Dark,’ live from the world-famous Bobby’s Room at Bellagio. (Image: pokerground.com)

Texas Dolly will be joined at the table by Gus Hansen, Dan “Jungleman” Cates, and other Bobby’s Room regulars. Viewers can certainly expect to see hundreds of thousands of dollars passing hands throughout the evening. They’ll be playing limit mixed games at $1,500/$3,000 blinds.

You can catch “Godfather Week” live on the PokerGo app. Each player will buy in for at least $50,000. But almost all will start with a larger stack.

Despite playing at stakes most poker players could only dream of, the poker action might pale in comparison to the side bets. At least, that’s what Brian Rast, who will compete both nights, suggests.

Going to be a fun peak in to the mad world of Bobby's Room. Little does everyone know that the 3-way props between @TexDolly @GusHansen & myself are going to be at least as big as the game. Fun drinking game at home: pick 1 of us, & if your player wins a prop, take a shot. https://t.co/Sb892zV8LY

If Rast’s claim is correct, these will be two of the most action-packed episodes in “Poker After Dark” history. And that says a lot. This show, which began in 2007 on NBC, has featured some of the biggest televised cash games ever.

All players schedule to compete both nights, Oct. 23 and 24.

The aforementioned pros are all regulars in the high-stakes at Bellagio, and have been for years. Bobby’s Room, named after Poker Hall of Famer Bobby Baldwin, is arguably the most famous poker room in the world.

If you visit Bellagio on any given evening, you might find your favorite poker stars, or even a non-poker celebrity in there competing for hundreds of thousands of dollars.

The new “Poker After Dark” airs weekly inside the PokerGo Studio at Aria, a luxurious hotel and casino on the Las Vegas Strip. But for the upcoming two episodes, the game shifts down the street a block to Bellagio.

If you followed our 2018 WSOP coverage, you may recall we told you Doyle retired from the game. It wasn’t just us, however. Other poker media outlets and even ESPN reported the same.

But that alleged retirement, which was based on a Brunson Twitter post in June, turned out to be fake news. Doyle decided he couldn’t stay away from the game he loves. And, instead of quitting altogether to “spend more time” with his sick wife, he announced he’s no longer going to play tournaments. Which is kind of strange considering he’s only played a few tournaments the past five years anyway. But we digress.

So, yes, Texas Dolly is still playing poker cash games. You can see him in the virtual flesh later this month with a PokerGo subscription for $10 per month, or a friend’s password.

good news, doyle did not retreat .. there is still game for a while .. master doyle, excellent teachings in the supersistem .. some good things leave when you read that book .. one of the best players without a doubt is mr brunson .. a inspirational story in which many of us have found that motivating factor to play without hours and hours of poker.

Just when I was going to ask, was not it that he had retired? I read the end of the news. A classic of the nights watch him play poker