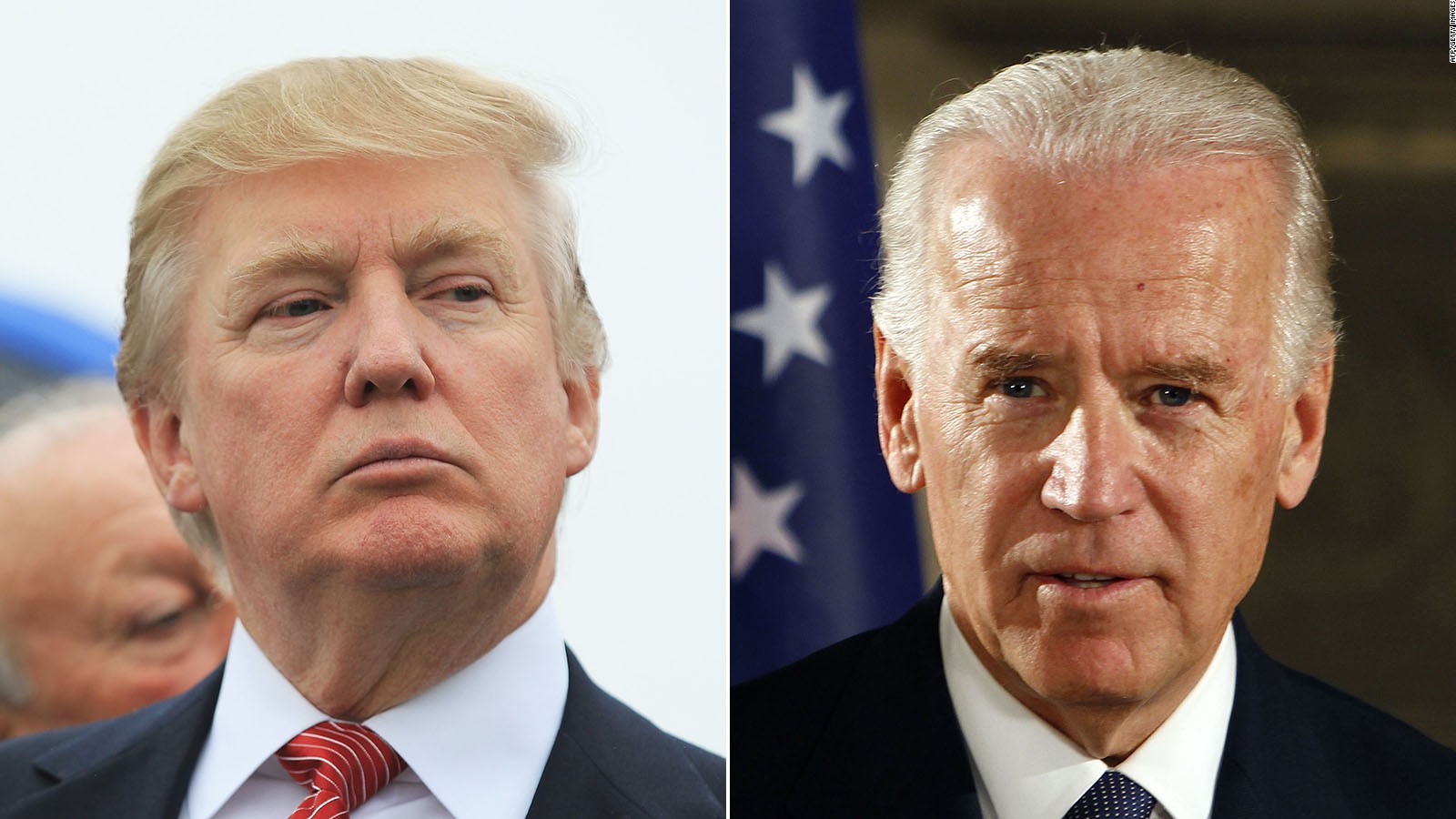 Biden, a potential 2020 presidential candidate, took a shot at the former reality TV star during a speech on Tuesday.

“They asked me would I like to debate this gentleman, and I said no. I said, ‘If we were in high school, I’d take him behind the gym and beat the hell out of him,” the former VP said.

“Crazy Joe Biden is trying to act like a tough guy. Actually, he is weak, both mentally and physically, and yet he threatens me, for the second time, with physical assault. He doesn’t know me, but he would go down fast and hard, crying all the way. Don’t threaten people Joe,” Trump posted.

UFC President Dana White isn’t likely to put Biden and Trump in the octagon, given these politicians are in their 70s and have no professional fighting experience — though it probably would crush pay-per-view records. But that isn’t stopping Poker Hall of Famers Doyle Brunson and Daniel Negreanu from debating this hypothetical fist fight.

“If Donald Trump and Joe Biden got into a fist fight, who do you think wins the fight?” Negreanu posted a poll which had over 10,000 votes, 73 percent favoring Biden, as of Friday morning.

“You gotta be kidding. Trump would hurt Joe. He is 50 lbs bigger and more athletic. Trump was a good athlete in his younger days. That doesn’t go away. Joe could win a popularity contest though,” Texas Dolly, a Trump supporter, responded.

“Joe was an athlete too and he’s not obese. Trump does zero exercise and is on the McDonalds diet. If the fight lasts longer than 30 seconds Trump fades from exhaustion. If it goes 3 minutes Trump has a heart attack,” Negreanu, liberal who admittedly hates Trump, predicted.

Doyle wasn’t ready to fold his hand. The 10-time WSOP bracelet winner, tied for second all-time behind Phil Hellmuth (14), used comments from a golf legend as the basis for his argument.

Bringing Tiger Woods into It

“Did you see what Tiger Woods said about Trump? He said he liked the way he moved and how he attacked the golf ball. Can you picture Biden even swinging a golf club?” Brunson asked.

Trump and Tiger were paired for a round of golf on Dec. 23, 2016 at Trump International Golf Club in West Palm Peach, Florida.

“What most impressed me was how far he hits the ball at 70-years-old. He takes a pretty good lash,” Tiger said following the round about the then President-elect.

“And you believe Tiger was being honest about that? You don’t think he was going to say something positive no matter what?” Negreanu responded. “If you were an Eskimo I could sell you a bag of ice if so.”

Brunson chose not to call out always-liberal Negreanu for using a term that a Canadian should know could be perceived as an ethnic slur on par with “Redskins.

So, who would win in a fight between Donald Trump and Joe Biden? No one really knows since it will never happen.

Poker players might be better off deciding who would win in a fistfight between Brunson and Negreanu. For now, though, we’ll all just have to settle for a war of tweets.

Let Trump take his golf club in the proposed cage match. One premature swing and miss, and Biden all the way. 1st round take down, tap out, and hopefully the referee gets a phone call during and gets distracted from what’s happening, and “the lights go out”. Got be careful here, the USSS and all 🙂