Doyle Brunson Claims He Was Target of Botched Robbery 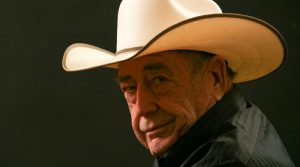 Doyle Brunson was allegedly the target in a botched home robbery. (Image: doylebrunson.com)

Doyle Brunson shared a chilling story with his Twitter followers. The legendary poker pro claims he was the target of a home robbery. But, fortunately, no one was hurt and the robber allegedly went to the wrong house. We’ll let Doyle, a great storyteller, tell this story via his Twitter account.

“A police offer just left my house. There was a robbery a few doors from my house last night. The robber told the guy he knew he was a poker player and got him in his garage that was probably meant for me,” he began.

“Don’t these idiots know we leave our money at the casinos where we play?” the 10-time bracelet winner asked.

“He told the victim his cut was supposed to be 700,000. WARNING…I carry a pistol with me at all times. When I come home I get out of my car with a gun in my hand,” he warned potential intruders.

“I have all kinds of silent alarms, motion detectors, etc. Plus I’m 83 years old, have been good with guns all of my life and am not going to be robbed again. 5 times in my life is enough! So any aspirations of trying had better be reconsidered!!!”

“The robber got about $500 from his victim and said he was going to kill his informants for giving him the wrong house.”

Doyle is one of the most beloved members of the poker community. Somehow, the alleged robber was given the wrong address. But, even if he attempted to enter Brunson’s home, he likely would have been greeted by one of those “Second Amendment people” that Donald Trump was referring to recently. And, like Brunson said, he keeps his money locked away at the casinos.

Be Careful with Your Money

Fortunately, everyone is okay. No one was harmed in the botched robbery, but it does raise some concern in the high stakes poker community.

High stakes pros often carry and flaunt large sums of cash. That leaves them vulnerable to these type of situations.

The great Doyle Brunson teaches us another important lesson to go with the many others he has given us over the course of his career. That lesson is to keep those large sums of cash winnings safe and sound at an off-site location, like the aforementioned Las Vegas casinos that Brunson chose.

This isn’t the first time a poker player has been in a sticky situation. Just months after winning the 2004 WSOP Main Event, Greg Raymer was robbed in his hotel room at the Bellagio in Las Vegas.

The champ had just emptied his safety deposit box worth $150,000 at 2:00 in the morning. He packed the money into a duffle bag and headed up to his room.

Two men followed him up to his room and when Raymer open his door, he was grabbed and threatened at gunpoint. He refused to just hand over his cash or let the criminals into his room so he attempted to fight them off.

The robbers ran off and never got a penny from the poker champ. They were apprehended in California five months later.

Deen Cassim, the man who pulled the gun on Raymer, was sentenced to 12 years in prison. But he was granted early release in 2006 in exchange for information he had which led to an arrest in a double-murder case.

in my opinnion he is one of the best player of poker. Legend!

I carry a pistol with me at all times. When I come home I get out of my car with a gun in my hand,”

Is the Wild Wild West! Only in USA, In the rest of the world you are not allowed to do that every day!