Doug Polk has moved from his poker career to a new field, and he’s having the same kind of success in the world of cryptocurrency that made him one of poker’s best players and trash talkers. 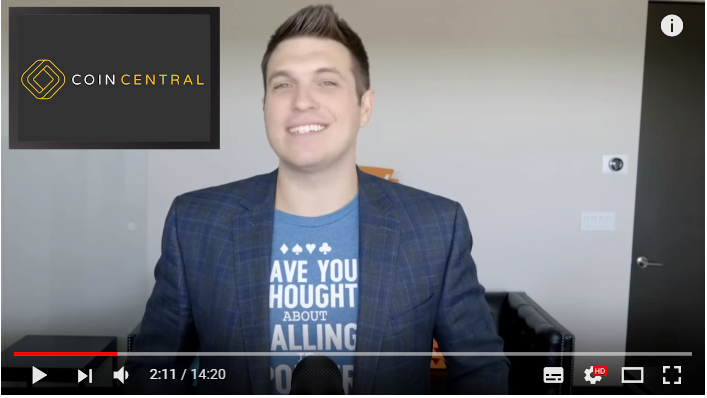 Polk uploaded the first video to his YouTube cryptocurrency news channel in December, and now, just 20 videos later, the 29-year-old high roller poker pro who built a fan base by delivering his brand of “Polker News” has seen his latest venture soar like the price of Bitcoin (in 2017).

DougPolkCrypto has already passed 100,000 subscribers, a benchmark that gives automatic credibility to the endeavor, and possibly gives insight into the poker pro and self-made media star’s future directions.

For the past two years, Polk has posted regular content on his poker YouTube channel, which currently has more than 166,000 subscribers. During that time, he’s learned the art of creating clickable headlines.

“I Challenge Tom Dwan To $5,000,000 Heads Up,” for example, ran in September. In the video, he jokingly claims he has nothing going for him and needs the action to remain relevant before challenging “durrrr” to the most expensive heads-up battle ever.

The video gained 220,000 views while generating more than 1,400 comments and countless discussions on Twitter and in various poker forums.

Polk is showing how tactics he’s used to connect with poker players can similarly work in the emergent world of Bitcoin, Ethereum, Litecoin, PotCoin, and every other digital currency that has many hoping to get rich on the latest ICO. (Crypto-geek talk for “Initial Coin Offering.”)

He knows how to use a clickbait headline to lure viewers in, and call out prominent industry figures while incorporating humor to get those viewers to spread the news while also encouraging subscribers to return.

In a recent video, Polk took a shot at Tai Lopez, a self-proclaimed cryptocurrency expert with more than a million YouTube subscribers. “Tai Lopez NEEDS TO STOP Selling His Bitcoin Course,” was the headline for Polk’s 15-minute video essentially calling Lopez a scammer, fraud, and a fake.

In less than three days, people had watched the video nearly 160,000 times. In it, Polk showed a picture of a mansion that appeared on Zillow as a short-term rental, a house that just so happens to be the exact property Lopez appeared in front of during one of his videos in what was likely an attempt to convince his viewers he lives there.

In another video, perhaps taking a number for President Donald Trump’s playbook of attacking the mainstream media, Polk called out “experts” on CNBC’s “Fast Money” investment show for their lack of cryptocurrency knowledge. We all wait and see who the poker player will pick a fight with next.

While Polk may be focusing more on cryptocurrency news these days, he still uploads content to his DougPolkPoker channel each Monday.

This week, he analyzed a wild WPT Borgata final table hand between Tyler Kenney, brother of Bryn, and Daniel Weinman.

The biggest stacks with three players remaining played a memorable pot. Kenney, taking a page out of his brother’s playbook, three-barrel bluffed his entire stack and Weinman, after tanking for a few minutes, made the sick call for most of his remaining stack with nothing but a pair of fives.

As a result, Kenney was eliminated in 3rd place. The video has over 28,000 views, a far cry from the views Polk receives on his cryptocurrency videos.

Hum, I’m wonder if he’s exploiting greed on people, the “get rich fast” thing, or it’s a legit thing. I’m not so sure.

Polk’s vids are legit and very informative. He does it the same way he does his poker vids. A lot of good humour and objectivity.

In fact he’s caused a huge uproar recently for publicly outing Bitconnect as a ponzi scheme and slamming 3 of it’s biggest proponents. And just a week or so after this video Bitconnect crashes and burns. The blowback from those proponents’ and their fans reactions have only given him more credibility.

You got people like Jaime Dimon the Chairman of Chase publicly saying crypto is poo poo, then his daughter is trading it, and the CC goes on the market and he apologizes. Maybe Polk can find out who the inventor, creator of Bitcoin is. No one publicly seems to know for sure, just speculation.