Doug Polk is arguably one of the top players in the game today, having just missed making the 100 top American pros by one on the Hendon Mob listings, with over $5,000,000 in live tournament cashes. Polk spent the past week grinding both SCOOP and 888poker’s XL Inferno Championships, but took some time out to talk to CardsChat about his clashes with the uber controversial Salomon Ponte (aka the ‘Hashtag King’) and the sudden recent changes to the World Series of Poker 2017’s end game. 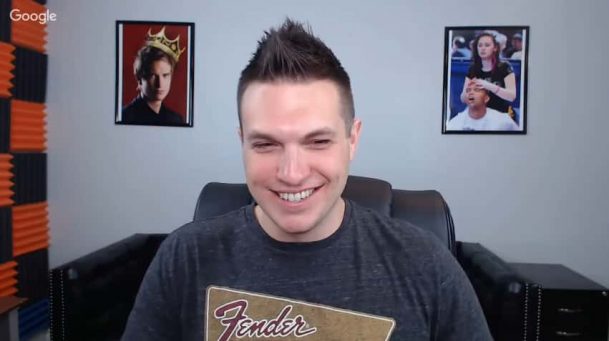 Online poker guru and two-time World Series of Poker bracelet winner Doug Polk was supposed to face off against Salomon Ponte, the ‘Hashtag King,’ in a high-stakes heads-up match, but will it ever really happen? (Image: Upswing Poker)

Last month, Polk, the founder of game strategy site Upswing Poker, appeared on a Poker Night in America cash game live stream from the Choctaw Casino in Durant, Oklahoma. Also appearing on that show were Shaun Deeb and Ponte. Both those players made headlines for their heated rivalry, in which vulgar language was used and many insults were hurled, mostly by Ponte, who himself created the ‘Hashtag King’ handle.

Seemingly lost in the shuffle was the fact that prior to Ponte going off the rails, he’d challenged Polk to a high-stakes heads-up match.

Polk suggested a $1 million match, with Ponte putting $50,000 into escrow as a sort of insurance policy, in case the latter bailed or failed to show. Ponte declined on the pre-payout, and while he continued to talk a big game, neither stakes nor a date were ultimately ironed out.

It’s doubtful the match will ever happen now, given the poker world’s subsequent distaste towards Ponte, who appears to be an equal opportunity insulter, and a plentiful one at that.

CC: You were on the infamous Poker Night in America livestream where Salomon Ponte personally insulted Shaun Deeb and his family in a pretty inappropriate way. You were even the target of some of his rantings yourself. What are your thoughts on Ponte after all that?

Doug Polk: When I first heard about his whole shtick [before PNIA], I thought he was kind of being a dick, but it was whatever, just what he was going for. Then there were some instances where he stepped over the line a bit. There was a moment on Live at the Bike where he told someone he was going to kill him. I don’t really care about the context, that’s just not ok.

CC: What about when you played together?

Doug Polk: When he came on the show, he was just going off in a bunch of different directions against Shaun Deeb, against me at some points, kind of against everyone, really. It just started to be pretty clearly over the line to me. There’s being a dick to get publicity or whatever, then there’s being disrespectful. At that point, I didn’t want to be a part of it too much.

CC: You don’t sound as upset with Ponte as one might expect though. Is that accurate?

Doug Polk: It took a bit of a turn of kind of being a little sad. Like he couldn’t get $5,000 together. He could only scrape together $3,200. He was trying to barter off his items as collateral for a wire that was supposed to come in, but wasn’t coming in. It’s kind of escalated to full-blown, I mean, it’s just crazy, man. His posts and stuff, I don’t know.

CC: You’re renowned for trolling other poker players, but you haven’t really said much regarding Ponte, even after everything that went down. Why is that?

Doug Polk: I’m starting to feel it’s kind of sad. I don’t really know how much I want to specifically comment on the exact ongoings. A lot of people have asked me why I don’t do stuff on it, talk about it.

It’s one thing to kind of make fun of personalities in poker or successful people, that stuff is funny, because at the end of the day, everyone knows successful poker players have a lot going for them. Making fun of someone who is clearly struggling and probably needs help, I just don’t want to highlight that.

CC: You’re slated to play the $300,000 Super High Roller Bowl at the end of May. Are you doing anything special to prepare for it?

Doug Polk: I’m gonna take a few days off, not play any poker or make any videos, and just enjoy a couple days off. I’m going to show up feeling fresh and ready to play some poker.

On the November Nine End of the Line

CC: There are some big changes in store for the 2017 WSOP, just recently unveiled, such as no more November Nine and a new TV deal. What are your thoughts on it all?

Doug Polk: I think way the world is moving, it’s moving more and more towards live streaming. People like things live, that’s not anything new. We’re seeing the emergence of Twitch, YouTube, and even Facebook really as major platforms for live streaming. I don’t really see any reason why it can’t make the move successfully.

There are certainly a lot of opportunities to promote that kind of content. At the end of the day, poker is kind of like sports, in that what people like to see the most is poker itself, not the shenanigans on the side. You bring the highest stakes game to town, put it on a live stream, that’s going to be pretty popular. I imagine it’s going to be pretty successful.

Editor’s Note: the World Series of Poker (WSOP) kicks off on May 30, and CardsChat will be covering all the action daily. Join us for recaps, interviews, and features on key players and happenings.

Doug bro – dont be scared come play me for a billion heads up.