Doug Polk is trying to make $10,000 online. Okay, that’s not the entire story. He’s trying to turn $100 into $10,000 as part of a challenge. Grinding micro-stakes games, the usually high stakes pro recently endured a grueling 19-hour session, which was streamed live on his Twitch channel. 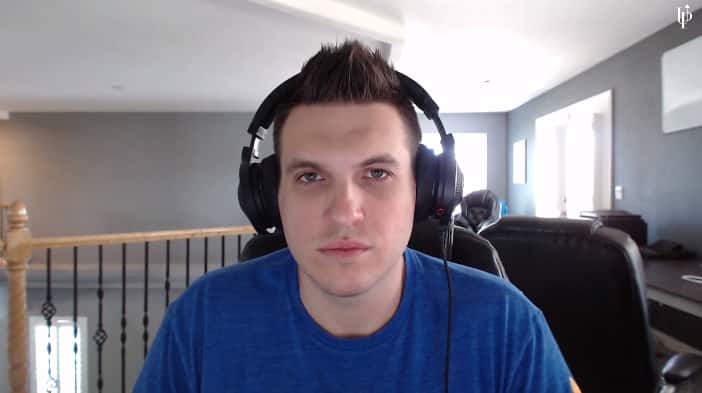 Doug Polk put in a grueling 19-hour live streaming session on Twitch, as he attempts to turn a $100 bankroll into $10,000 online.  (Image:  upswingpoker.com)

After four days of play, including that long stretch, Polk has gone from $100 to . . . $85. He hasn’t even put a dent into his goal. But he did battle his way back from barely a $40 bankroll to a more respectable $85. He hasn’t gone broke yet, so his goal is still attainable.

The purpose of this challenge isn’t to make money. A “measly” $10,000 is chump change for a guy who routinely plays in poker games where that amount of money won’t even get him in a seat at the table. Jason Mercier’s rival is attempting to prove he can grind his way up, making his poker training website Upswing Poker even more attractive to recreational poker players.

Polk stresses bankroll management, so he won’t allow himself to play above his means. With his account at $119 when the long session began, he took on the .02/.04 cent tables. But once his bankroll dwindled in half, he had to drop down to the .01/.02 cent stakes, and that’s as micro as it gets, folks.

After fighting hard at the lowest stakes on the planet, the poker pro got back to $85 before calling it a day. Impressive.

Not the First to Do It

This isn’t the first time a high stakes player has taken on a bankroll challenge like this. In 2006, Chris “Jesus” Ferguson attempted to go from nada to $10,000 on Full Tilt Poker. He set out a goal to do it in six months, but it ended up taking him nine. Obviously, this involved jettisoning from freerolls, since he started out with no bankroll whatsoever.

Jesus received a lot of attention back then for this challenge. There were no live poker streaming sessions in 2006, but fans followed his progress on forums and through the media. Seemingly everyone was rooting for him to come through.

That’s a stark contrast to how Ferguson is viewed these days. After his role in the demise of Full Tilt Poker and its customers having to wait years to get paid, he went into hiding until this summer, when he made appearances at quite a few World Series of Poker events. Jesus had a successful WSOP, his first since 2010.

But there weren’t many poker players at the Rio in Las Vegas who wanted him around this time. Times have changed.

While Doug Polk is busy grinding the micro stakes games, a couple of his fellow high stakes pros are on a tear this month. Viktor “Isildur1” Blom and Dan “Jungleman” Cates have both won more than $125,000 so far in August playing poker online at PokerStars.

i think this is great for the game

i think this is great for the game, and for everyone