Doug Polk is still focused on his upcoming grudge match against Daniel Negreanu. But he’s also firing shots on Twitter at others he perceives to be inferior poker players, namely Matt Berkey and Christian Soto. Oh, and Luke Schwartz, and probably a few others since we published this article. 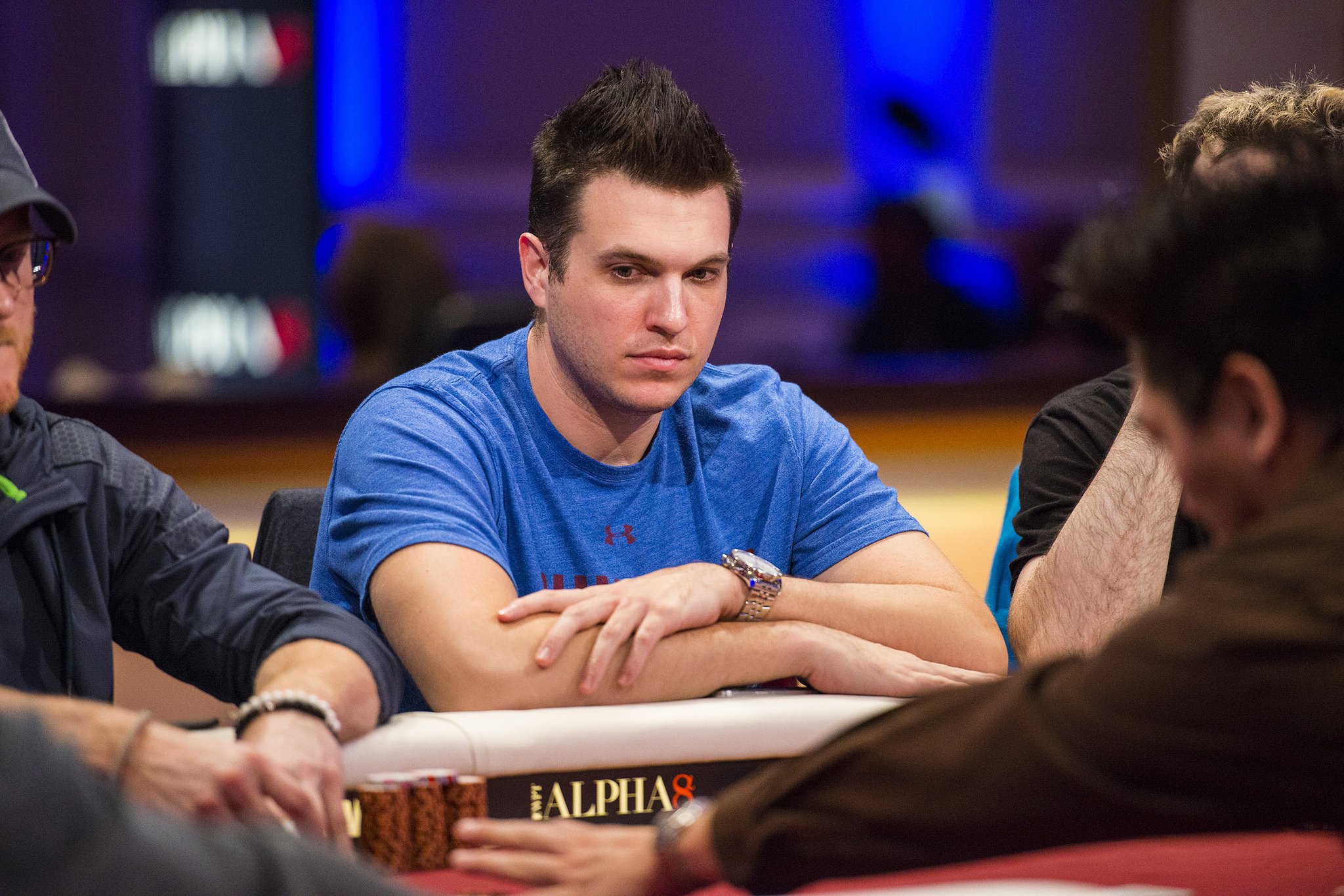 Doug Polk isn’t backing down from any challenges. (Image: somuchpoker.com)

So much for Polk being retired from poker. He’s back and with a vengeance and he’s on the attack. His new motto is “back that truck up,” and he’s prepared to run over anyone who gets in his way.

Over the past couple of days, Polk has been as active on poker Twitter as he’s been in quite some time. Within just 12 hours, he referred to Negreanu as “such a little b***h,” challenged Berkey and Soto to a heads-up match, and trash-talked Schwartz. In response, Kelly Minkin questioned the size of his family jewels.

I can only speculate at how small your dick must be 🙁

Doug Polk is Back, Folks

Doug Polk, who now refers to himself as the “Truck Driver” on Twitter, is showing very little respect for Matt Berkey’s game. Berkey, the founder of the Solve for Why poker training academy, still hasn’t responded to multiple insults and requests to play heads-up from Polk.

But his Solve for Why podcast co-host, Christian Soto, stepped in briefly to fight the battle. Polk suggested Soto ask Berkey to stake him so he could play Polk heads-up at $100/$200 stakes. He then got even more condescending after Soto called him a “p***y” who doesn’t have any guy friends.

Christian, your comebacks are almost as good as your poker ability.

I won't call you a coward again, I dont have to. Your absence from being willing to play me is all anyone needs to see.

(Btw im willing to drop down and play you some $10/$20 if that helps out) https://t.co/CCqpYzQAle

“Christian, your comebacks are almost as good as your poker ability. I won’t call you a coward again, I dont have to. Your absence from being willing to play me is all anyone needs to see. (Btw im willing to drop down and play you some $10/$20 if that helps out),” Doug Polk wrote.

Soto refused to accept a heads-up challenge. He admits Polk is a master at online HUNLH. So, he offered to invite Polk to his private, multi-player games. The Upswing Poker founder isn’t down for that kind of action.

Live full ring? Last I checked men settle the score 1 on 1, but I can see why that isn't possible here.

You are right, I didn't respond to your heads up full ring challenge. If a tree falls in the forest, etc.

After a few hours of back and forth, Soto had enough. He stepped away from the conversation, but not before potentially suggesting he’d welcome fisticuffs instead of Twitter banter.

“It’s becoming evident that this is either all promotion or your insecurities come to surface. Either way, I’m done with the Twitter back and forth. We can talk in person,” Soto wrote.

Polk and Negreanu are in the midst of finalizing the details for their upcoming heads-up challenge. The 25,000-hand battle will take place on WSOP.com starting Nov. 1 at the $200/$400 stakes.

Both players sure are doing an excellent job hyping up the match, at least to those who love childish drama. The long-time feuding poker pros have recently gone back and forth over the use of Real-Time Assistance (RTA) charts during the match. Or, as Negreanu refers to them, “cheat sheets.”

Lets get this straight, I only retired from poker one time. I didn't play a single hand after that. The only reason I am back in the streets is because a complete dolt wants to ship me a million dollars.

“Lets get this straight, I only retired from poker one time. I didn’t play a single hand after that. The only reason I am back in the streets is because a complete dolt wants to ship me a million dollars,” a trash talking Polk wrote about Negreanu.

He then told Negreanu, “I can’t wait to clean you out.” Polk is a heavy favorite to win the heads-up challenge. But if he somehow loses, his reputation will be tarnished.