Doug Polk versus Daniel Negreanu is officially on and will begin Nov. 1. The long-time feuding poker pros have finally agreed to most of the details for the high-stakes, heads-up match. All the action will take place on WSOP.com, a poker site available in Nevada where both participants reside. 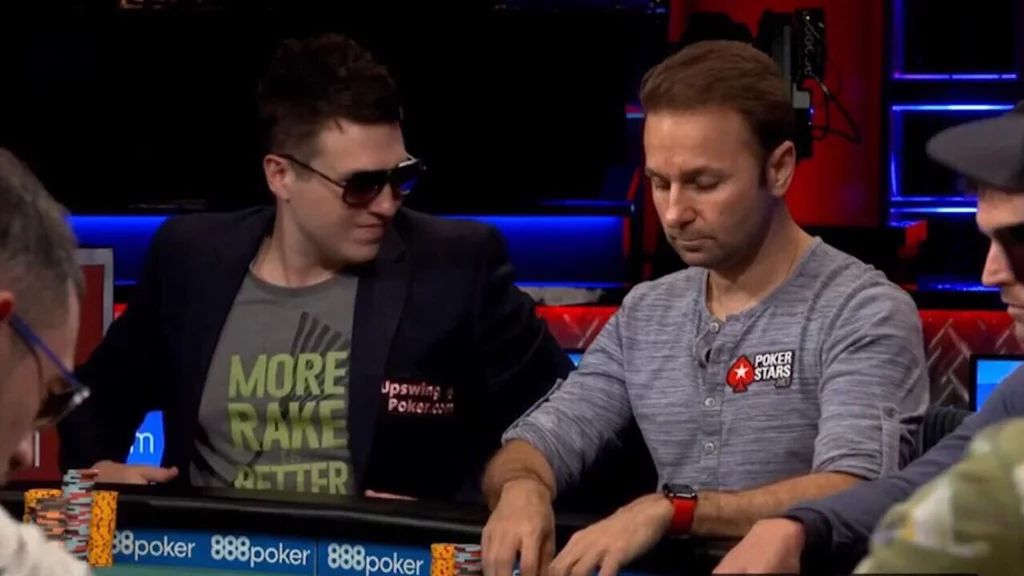 Negreanu announced some of the details on Twitter for the upcoming match. He hoped to play it on GGPoker, the poker site he represents, but that site isn’t available in the US, so both players would have to travel to Mexico or another country to compete.

Ok, so it looks like my heads up match will take place @wsop.com

Would have preferred playing on @GGPokerOfficial obviously but it doesn’t seem to be an option.

Can I get a heads up practice table?

I most definitely need to start practicing!

The poker stars considered playing the heads-up grudge match on a play money app and having the loser ship the winner money afterwards. Polk wasn’t too thrilled with that option, writing on Twitter that he’ll load his WSOP.com account with $1 million.

Polk and Negreanu will compete in a $200/$400 No-Limit Hold’em contest. The match will last 25,000 hands and the competitors will play two tables at once. Polk and Negreanu haven’t announced a side bet yet, although those are common in heads-up matches. Phil Galfond is risking $1 million in a side bet against Chance Kornuth’s $250,000 in the third Galfond Challenge, which currently taking place.

Galfond leads that heads-up Pot-Limit Omaha battle by around $280,000, also on WSOP.com. The match is on hold for a bit due to Kornuth having issues reloading his online poker account. Polk and Negreanu would certainly like to avoid those potential issues. WSOP.com doesn’t make it quite as easy to deposit massive sums of cash as does PokerStars or some of the other major global poker sites.

Negreanu and Polk Have Quite a History

If you’re wondering why Negreanu and Polk are going to play each other heads-up, the reason is because they simply don’t like each other. And they haven’t for quite some time.

Polk, who is 10 years younger than DNegs, admittedly was a big fan of Negreanu’s before he advanced in the game. He lost respect for the former PokerStars ambassador after, as he claims, Negreanu stopped looking out for the pros.

In 2018, Polk mocked Negreanu at the Super High Roller Bowl by wearing a “More Rake is Better” T-shirt, a play on Negreanu’s supposed claim that increased rake at PokerStars is better for the players. He busted out the shirt while seated next to his rival at the PokerGo feature table.

Days later, prior to the start of the 2018 World Series of Poker, Polk purchased a billboard outside the Rio in Las Vegas that read, “MoreRakeIsBetter.com.”

The feud has continued ever since, although Negreanu rarely responds to Polk’s attacks or even mentions Polk by name. That doesn’t stop the now-retired poker pro from repeatedly piling on. Perhaps, his whole plan was to eventually bait Daniel into a heads-up grudge match. If so, Polk is already a winner.

I wouldn’t waste one minute of my time on anything Daniel is involved in. I heard his disgusting message online and am only sorry that we let men of his ilk into our country. He is over rated as a poker player and a human being. I actually got his number when years ago on tv he embarresed his buddy mike the mouth by reminding how he loaned him money so low class.