Doug Polk Challenges Himself to Stay Sober for 100 Days

Doug Polk announced on Twitter that he’s challenging himself to refrain from drinking alcohol for 100 days, and his restraint was put to the test on the second day when a cocktail waitress during a “Live at the Bike” livestream brought him a shot. 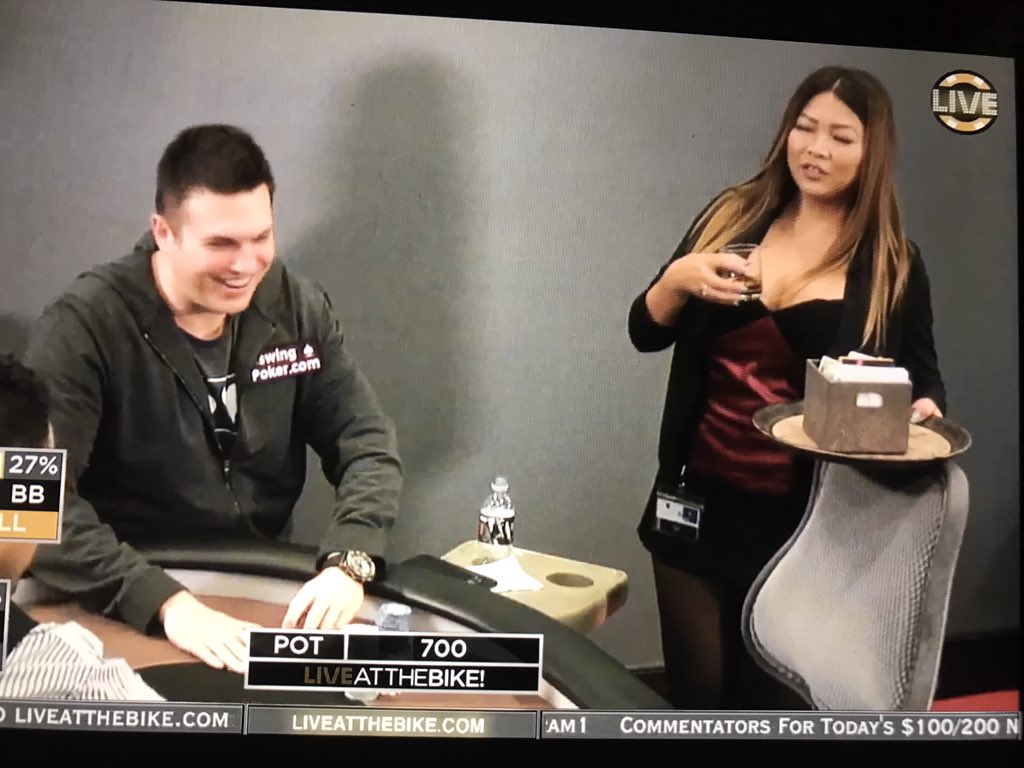 Doug Polk didn’t take the bait during a session on “Live at the Bike,” when he was sent a tempting shot of booze. (Image: Twitter)

Polk has a lot on his plate these days. The online heads-up specialist is busy creating fresh content on his popular “PolkerNews” YouTube channel, traveling around the country to appear on televised poker shows, and, more recently, building his new cryptocurrency tips website.

That doesn’t leave much time for one of his favorite pastimes: Drinking.

“I’ve decided to take a shot at a new challenge: I’m gonna spend the next 100 days sober. 0 alcohol until February 15th,” he tweeted. “I like challenging myself, and I figured this is a cool thing to try to achieve. Plus I’ll get to see what it’s like over on the sober side of life.”

For some, going 100 days without alcohol isn’t much of a challenge. But many in the poker community know Doug is quite the drinker. On Wednesday’s “Live at the Bike” episode, Joe Ingram mentioned that Polk is a rare breed who can drink all night and never wake up with a hangover.

On that Wednesday “Live at the Bike” episode, as part of “Doug Polk Week,” Polk took on another internet heads-up legend, Daniel Merrilees. But his opponent didn’t force him into his toughest decision of the night.

During the heads-up match, a cocktail waitress brought him a shot that she claims was from “full flush,” and encouraged him to drink it from between her breasts.

“Full flush” is the online poker screen name of Luke Schwartz, Polk’s bitter rival. The shot, however, was ordered by Ryan Fee, Polk’s friend and fellow Upswing Poker coach, who was in the broadcast booth with Joe Ingram and Jason Les.

Polk passed the test, refusing to take the shot. Two days into his self-challenge and he’s stuck to his word, so far.

Staying sober turned out to be a smart play for Polk on Wednesday. In a $100/$200 heads-up match against Merrilees, who plays under the monicker “danmerrrrrr,” Polk won $57,000 on the third night of “Doug Polk Week.”

The match wasn’t very competitive. Polk initially bought-in for $50,000 and never needed to add chips. The same can’t be said for danmerrrrrr, who started with $20,000 and grabbed additional chips out of his backpack multiple times.

Polk ran well, but he also played well. Knowing his opponent doesn’t like to surrender hands when he doesn’t have showdown value, Polk made a killing either check-raising the river or check-calling for value. He also bluffed danmerrrrrr off the best hand numerous times.

Polk reestablished his image as a dominant heads-up player, defeating one of the best online pros in the game today. And there was no champagne celebration.

good challenge and more on these dates of holidays and Christmas .. luck in your challenge hehehe temptation will be behind you hehehe luck

I liked Doug Polk, and now with this challenge he inspiring me even more, lol!