Ever wonder how poker nobility prepares for the most high stakes and elite tournaments in the world?

Do they ever get nervous? Do they obsess over their opponents or just focus on honing their own games? What does it take to beat the best in the world? 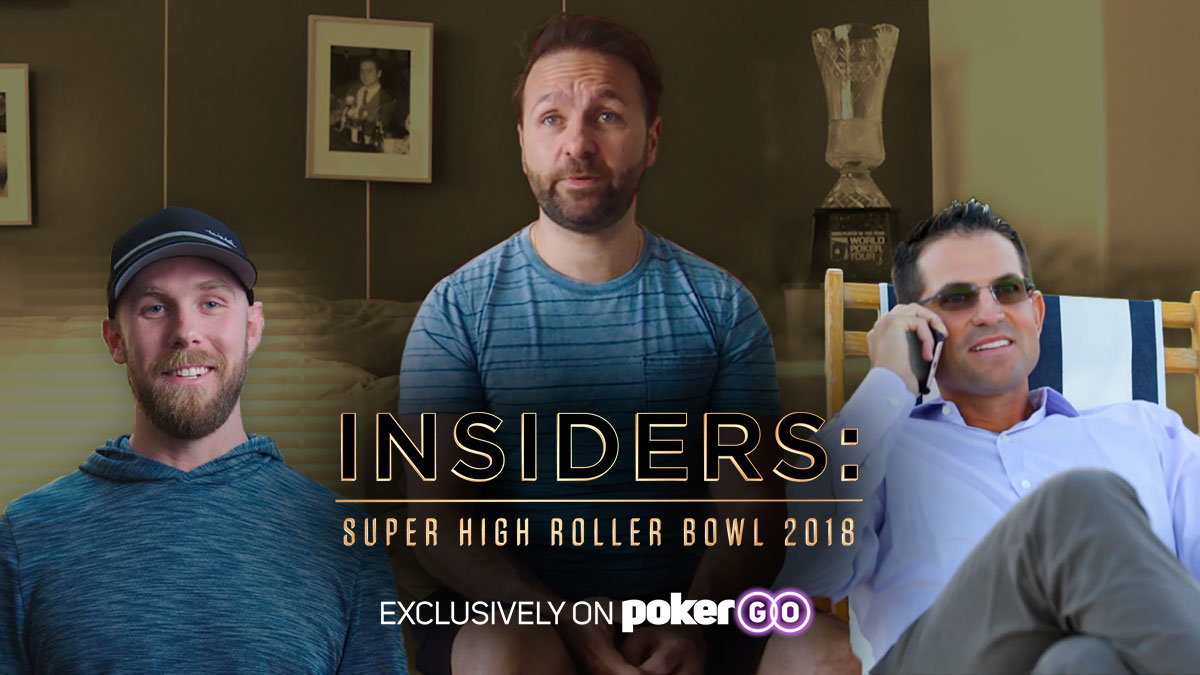 The Poker Central series marks the first time the game has been given world-class production treatment and promises to provide a level of access that’s never been witnessed before in the world of high-stakes poker.

The first episode of the six-part series debuts on May 10. It’s clear from watching the trailer that this isn’t just another mid-budget poker show. It’s brought to you by the producers of HBO’s All Access series, which has created compelling, quality content around some of the biggest sporting events in the world, including the mega-fight between Floyd Mayweather and Conor McGregor.

The series will feature Negreanu, along with fellow high rollers Brandon Adams and Seth Davies, as they study and strengthen their own games, while drawing up strategies to beat the best players in the world.

Davies is a relative newcomer to the high-stakes scene and has more than $1.9 million in live cashes. Brandon Adams is well known to anyone who’s watched high-stakes cash games but has tournament chops too, including a win at the 2017 Poker Masters worth $819,000.

“We wanted to give our fans a new perspective on poker – an inside look at the training it takes for these high stakes players to be at the top of their game.” – Sam Simmons, Poker Central

Each one of them will throw down $300,000 to compete against an exclusive, invitational field of 49 players in the Aria Super High Roller Bowl over three days starting on May 27th.

The total prize pool will eclipse $14 million, and the winner will take home a tidy $5 million top prize. Negreanu has competed in the event several times already and is the current betting favorite to take home the title. Davies and Adams are both playing the event for the first time.

Coming to a Small Screen Near You

It’s not the first time poker, or Negreanu, has been given the feature treatment. The man they call “Kid Poker” was the subject of a 2015 documentary that chronicled his rise through the ranks to become the game’s all-time winningest player, with more than $30 million in live cashes to his name.

However, it is the first time that these kinds of poker stories have been told with an HBO-level budget backing them. It’s also the first time we’ll get to see the incredible amount of mental and physical and preparation that goes into being among the game’s elite. The combination of personalities, production values and the massive money at stake should make for compelling viewing, whether you’re a poker fan or not.

The first episode of the series will be available on Poker Central’s YouTube channel, with the following five episodes being made available through the subscription-only site, PokerGO.

Maybe all that money and all those years at the tables as made their social skills -EV, even that other guy playing golf in the first episode.

Everything about it seems awkward…

I would really like to watch this. Lately there are no poker-related shows in greek television, so I might even consider subscribing to PokerGo.