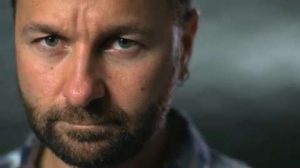 PokerStars meets with players: Daniel Negreanu said that this week’s players’ meeting at Amaya HQ was not a negotiation and that the changes would remain in place. (Image: pokerstars.com)

The PokerStars VIP program changes have been the cause of much rebellion and controversy among long-time customers of the site.

Now, player representatives opposed to those recent shifts in how the program is run have been meeting with Daniel Negreanu and a group of Amaya execs in Montreal this week to thrash out their differences. Negreanu has said that Amaya CEO David Baazov was also present for parts of the meeting.

Representing the high-stakes, high-volume players who feel betrayed by Amaya were Dani Stern, Daniel Dvoress, and Ike Haxton, the latter a former PokerStars pro who at the beginning of the year chose to sever his ties to the online poker giant in protest of the changes.

Stern and Dvoress, meanwhile, have been leading the charge of complaints against Amaya on social media, and support the recent player boycotts of PokerStars.

Amaya says the changes are designed to rebalance the rewards system in favor of the recreational player in order to “fix” the poker ecology, but it’s a slap in the face to the high-takes regs, who pay voluminous rake and represent, by definition, PokerStars best customers.

The changes also include scrapping Supernova Elite rewards for 2016, for those who had achieved the status in 2015. PokerStars announced this less than two months before the changes were implemented, opening itself up to accusations of false advertising.

Post-meeting, Dani Stern announced on Twitter that the three players had signed non-disclosure agreements, which limits exactly what they can say about the meeting. They were, however, “collecting their thoughts” and would update the poker community as soon possible.

Negreanu, a longtime PokerStars Pro who broadly supports the changes, went into a little more detail for CalvinAyre’s Lee Davy.

“We covered a broad range of topics. All things online poker, and the current and future state of the ecosystem. Overall, I think it was very productive. The players raised some interesting points of view and the presentation from PokerStars was very informative,” Negreanu told Davy.

“It’s debatable whether Stars made the right changes, but I don’t think there is any question that anyone who saw the numbers would have disagreed that some kind of changes were absolutely necessary,” he added.

Negreanu emphasized that the meeting was not a negotiation, and that there would be no change to policy as a result. He said there will be more meetings in the future to allow players to air their concerns about PokerStars’ policies.

If they want to ‘fix the poker ecology’ as they call it, then they should pay for it themselves and not make the superstars that make the site what it is, and make poker what it is, suffer. Just because they lose a little money they have to stop paying the regulars – THIS IS WHAT IS WRONG WITH AMERICA, and its not even an American company – yet. I wonder if this has anything to do with their upcoming deal with Caesars Ent. in an attempt to bring big online poker back to USA

“Negreanu emphasized that the meeting was not a negotiation, and that there would be no change to policy as a result.”

Well then, why the hell are these guys even talking to AmayaStars? Bunch of pussies these high stakes players. Just take your business elsewhere ffs.