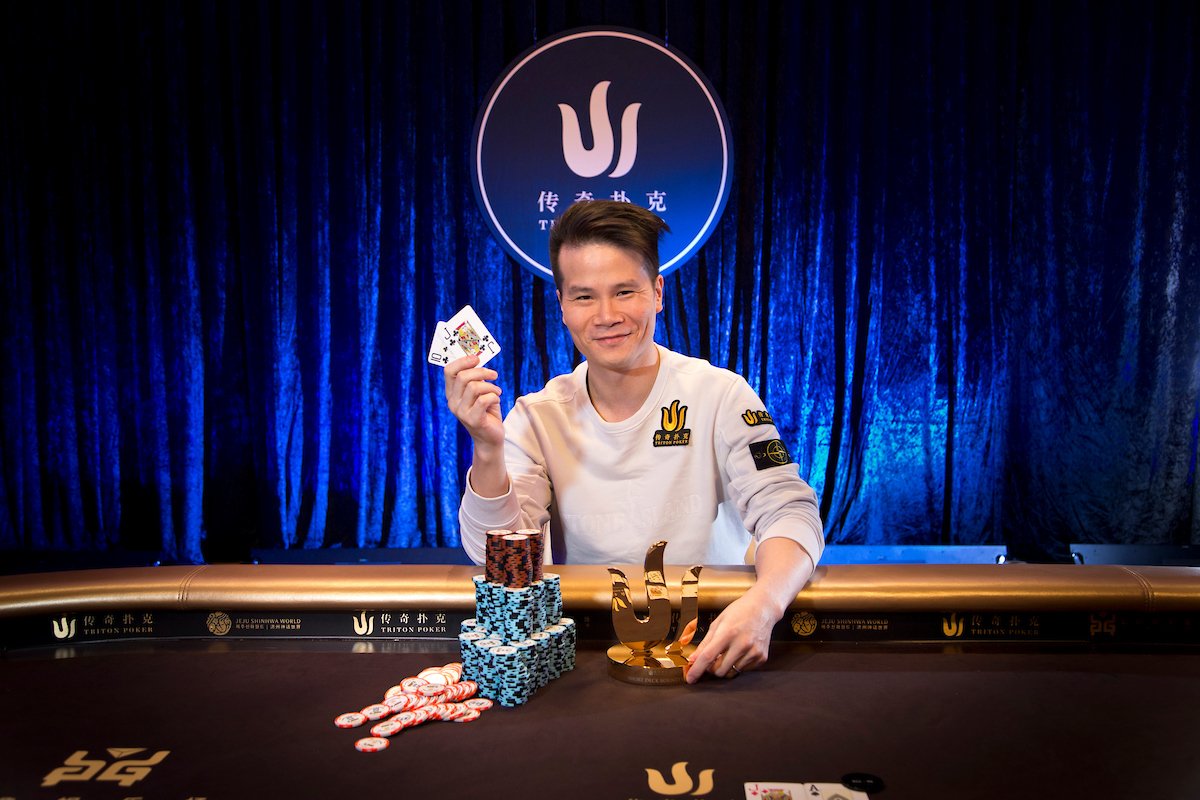 A Little Luck, A Little Skill Carries Tang to Victory

Tang enjoyed a run of exceptional luck at the final table, picking up pocket aces several times and making quads at least once on his way to victory. But as the Chinese pro said afterwards, it takes a mix of skill and good fortune to win a major tournament.

I got very lucky. I was lucky the whole way,” Tang told PokerNews after his win. “When you’re playing this big and you make the final table, you have to play your best for sure.”

Tang now has lifetime earnings of more than $6.2 million. That ranks him in the top 200 of the all-time tournament poker money list, and second among Chinese players, trailing only Elton Tsang, who has more than $12.7 million in career winnings.

The final table featured a who’s who of high stakes poker superstars. Paul Phua went out in eighth place, while Isaac Haxton made it to fifth before dropping out. Jason Koon, who leads the world in lifetime winnings in short deck poker tournaments, was knocked out in fourth place when Jetten rivered a straight to beat his pocket queens.

The Triton Series Jeju, which consists of six super high roller events, is being held at Jeju Shinhwa World in South Korea. The action kicked off on Saturday with the HKD 250,000 Short Deck Ante Only tournament, which was won by Justin Bonomo. The American made it back for Day 2 in the second event as well, but fell just short of the money.

For those unfamiliar with the game, short deck hold’em – also known as six plus hold’em – is a variation of no limit hold’em that uses most of the same rules. However, the game is played with a deck that has been stripped of all twos, threes, fours and fives, leaving only a 36-card deck.

The modified deck creates more action, but also plays around with the probability of various hands being made. Flushes are ranked higher than full houses, while straights are easier to make. That has sometimes led to straights being ranked lower than three of a kind, though most major tournaments – including those in the Triton series – use rules that rank straights above three of a kind, as it makes for a more strategically challenging game.

watched it… i would liek to have simpilar FT’s =)
what was it AA*x into a cooler, not bad! cngrtz anywway. love to see the fact that 6+ in gaiining so much momentum. the only sad part , as I see it, is the room with best RB does not offer it and the room that does ofert it has not RB LUL