Denys Shafikov has become the latest World Poker Tour (WPT) champion but the Ukrainian wasn’t the only big winner in the Russian coastal resort of Sochi. 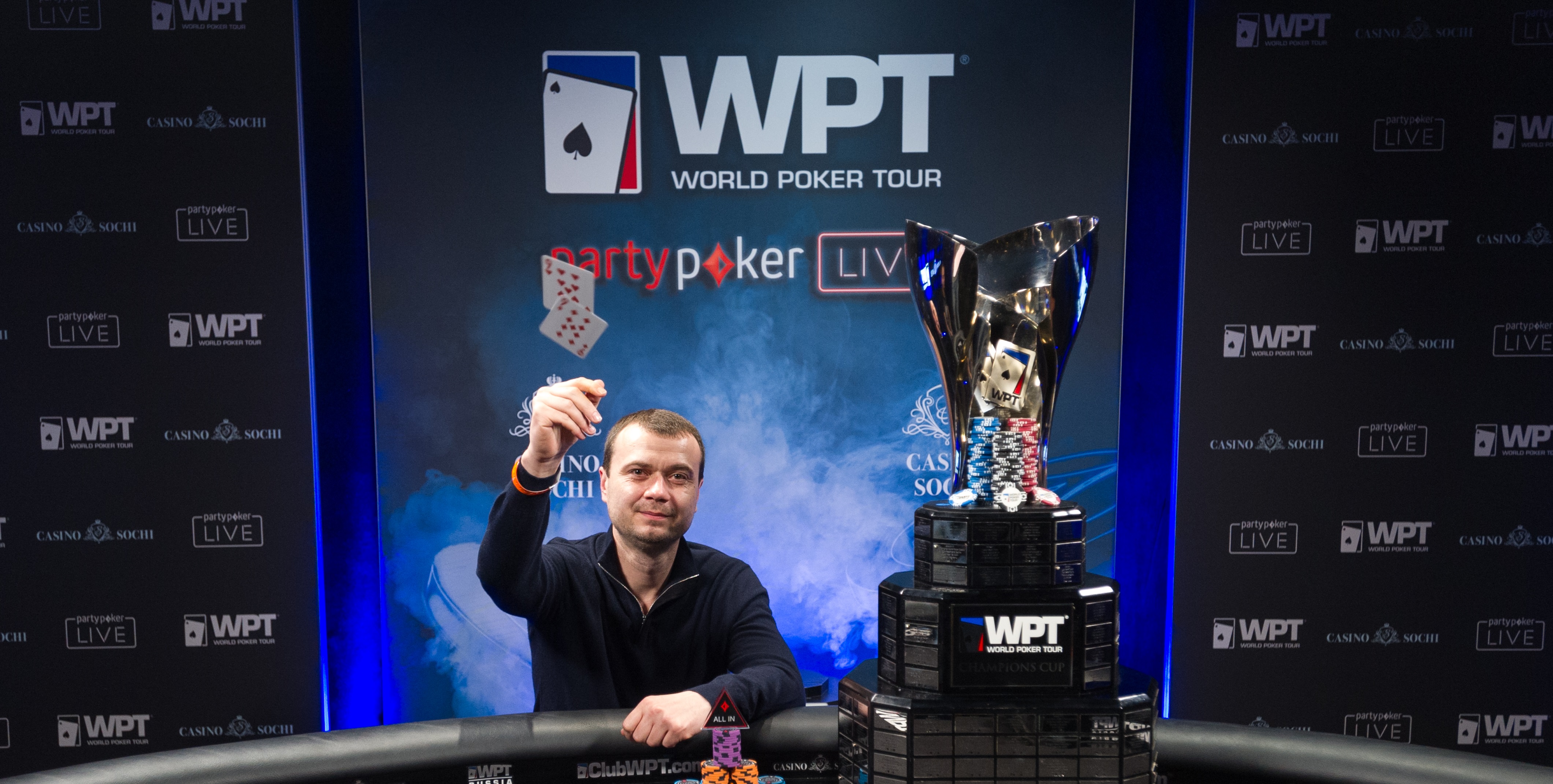 After cutting his way through the 503-player field inside Casino Sochi, Shafikov clinched the 2019 WPT Russia title by defeating Aleksey Gortikov heads-up. In sealing the deal, the tournament pro bided his time before a set of nines ended the match.

Following a back-and-forth, Gortikov moved all-in with A♣7♣ and found himself in trouble against Shafikov’s nines. The K♠3♥2♦ kept the Ukrainian ahead before the 9♠ put it beyond doubt.

When the 4♥ brought the action to an end, Shafikov raised his hands aloft as well as his first WPT championship trophy.

As confetti fell and applause rang out for Shafikov, WPT executives were also celebrating. In closing the book on another main event, the tournament team also brought an end to the tour’s first outing in Russia.

Part of an ongoing effort to become a global tournament brand, WPT Russia ran from January 18 to January 27. In addition to the $3,000 main event, the festival featured high rollers, turbos and a WPTDeepStacks event.

The inaugural series comes 15 months after PokerStars made inroads into the Eastern European nation. Despite being second to the party, it hasn’t hampered the WPT’s popularity in Russia.

Comparing the numbers, PokerStars’ inaugural main event in Russia saw 387 players ante up inside Casino Sochi. On that occasion in June 2017, Pavel Shirshikov took home the winner’s trophy and $515,744.

The WPT’s opening main event saw 1616 more players take to the felt. Although subsequent PokerStars tournaments have attracted more than 500 players, the turnout is a positive first step for the WPT in a new market.

In fact, it’s this willingness to embrace change that’s helped the tour remain a major player on the world poker scene. As well as being one of the first major operator to host events in Japan and India, the WPT has been striving for growth in other areas.

A 2018 partnership with FansUnite has given the operator a footing in the sports betting sector and the blockchain industry. As the former is enjoying a resurgence in the US thanks to the fall of the Professional and Amateur Sports Protection Act (PASPA), blockchains are also flourishing.

By forging links with both industries, the WPT has future-proofed its product. What’s more, it’s another example of the poker industry’s willingness to innovate in order to offer more value for all.

This guy been winning everything in Russia lately…

Congrats Denys on his win! He was a long way ahead of his opponents!