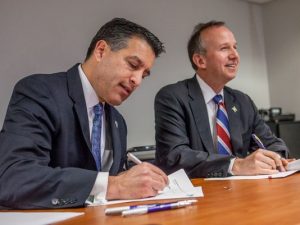 Delaware’s online gambling network is now nearly two years old, and while it remains the smallest of the three markets for state-level Internet gaming in the United States, it is still generating revenue for the state’s casinos.

But things haven’t gone so well on the online poker side of things, where rather than gaining a foothold in the state, it seems as though the industry is just trying to survive.

The Delaware Lottery reported that its online poker network, which is a shared effort of the three racetrack casinos in the state, brought in just $28,158 for the month of July.

That’s the third lowest monthly figure since the sites first launched in November 2013, and is down more than eight percent compared the previous month and 10 percent year-over-year.

The numbers are particularly disappointing considering the recent merger of the Delaware network with that of WSOP.com in Nevada, as both use 888poker software.

It was hoped that the combination of the two player pools would encourage more play (and more revenue) in both states.

However, raising online poker revenues in Delaware has proven much more difficult than expected.

It is difficult to say just how many people are now playing on Delaware’s side of the Nevada/Delaware interstate network, but the combined player pool averages around 170 cash game players; while the numbers from each state aren’t broken down, traffic patterns from before the merger would suggest the vast majority are from Nevada.

The revenue figures would back up that interpretation.

Since revenue is divided based on where the players are playing from, the fact that July saw the lowest revenues for Delaware since January suggests that the state isn’t contributing many players to the virtual tables.

That’s particularly disappointing considering the early start that the combined network got off too.

After the liquidity sharing agreement began in March, Delaware saw its online poker revenues rise for two consecutive months before the numbers started to slip again in May.

Of the three racinos in Delaware that participate in online gambling, Dover Downs has struggled the most to keep up its end of the online poker bargain.

While both Delaware Park and Harrington have actually seen gains in their Internet poker revenue, Dover Downs has seen its online poker take cut nearly in half year-over-year, and suffered a 26 percent monthly drop in July when compared to June.

Despite the disappointing poker figures, however, overall online gambling figures have been slightly more promising for Delaware.

In July, the state took in a total of $142,083 from its online gaming sites, including casino games, poker and video lottery games. That’s the highest figure posted since March, and a 30 percent increase when compared to June.

However, even these numbers come with some caveats that put the long-term health of online gambling on Delaware into question. The July figure is down more than 17 percent when compared to the same month in 2014, a substantial drop for an already small market.

In comparison, neighboring New Jersey has seen both monthly and year-over-year increases in its online gambling revenues, though that has been due to growth on the casino side that has offset struggles in the Internet poker sector.

other states are unlikely to jump on the internet poker bandwagon if revenues don’t pick up where it is legal .

revenue is tricky, goes up and down, hard to have a sure thing . i assume that poker though might not be at the heights it used to !