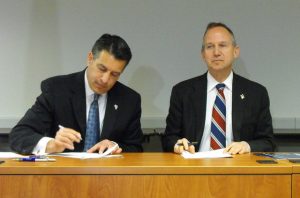 Delaware’s online poker market is now one year old, and all three of the racinos in the state that launched Internet gambling sites a year ago are still in business. But while the state’s poker sites are operating, there has been little to celebrate in the way of growth or participation when it comes to the smallest of America’s three online gambling jurisdictions.

Delaware’s poker revenues have been anemic so far, and traffic figures in the games there aren’t exactly inspiring confidence that this will change any time soon. In September, online poker brought in just $32,305 for the three sites, all of which share player traffic and are run using the same 888 software.

That money comes on the back of cash game traffic that, on average, doesn’t feature enough players to keep a single ring game going.

That’s not an entirely fair description: what little revenue is coming in does have to come from somewhere, and during peak hours, a handful of low-stakes tables are often running. But it has still been obvious throughout the first year of Delaware’s online poker experience that player liquidity is the most serious issue facing the market, which was predictable given the small population of the state.

However, there may be hope on that front. Delaware did sign a player pool-sharing agreement with Nevada earlier this year, and while that hasn’t kicked in quite yet, it’s possible that this compact could potentially benefit both states in 2015. Since Delaware’s sole provider (at least for now) is 888, only Nevada sites that utilize the company’s software would be able to share traffic across state lines.

Conveniently enough, though, the biggest site in Nevada also uses 888’s software package. That honor belongs to WSOP.com, the Caesars-backed site that controls almost all of the Nevada online poker market, since the announced shutdown of Ultimate Gaming this week. The power of such a compact could further increase when other 888-powered sites go online in Nevada: Treasure Island is expected to launch a site using the software soon, and a third site specifically branded by 888poker will also open by early 2015.

The hope is that this will encourage Delaware poker players to hop back online and give them another try. Even accounting for the state’s small population, the participation rate is far lower in Delaware than in New Jersey, Nevada or most overseas jurisdiction. That means fewer games are running, which leads to a lack of interest from new players. It’s a downward spiral that a new influx of players from Nevada could help to reverse.

Table games and slots aren’t as dependent on the size of the overall player pool, but Delaware hasn’t exactly been breaking the bank on its casino offerings, either. In the most recent revenue numbers from September, the state brought in its lowest total gaming revenues for the year at just over $145,000. Only two months out of 12 in 2014 have seen total winnings for the sites rise above $200,000.

The three competing online gambling sites in Delaware are run by three racetrack casino operations: Dover Downs, Harrington Raceway and Delaware Park. Each operator was required to pay a licensing fee of $500,000 in order to offer games to players in the state. While the three sites share players in their poker games, revenue is split amongst the operators, based on which site a player connects through.