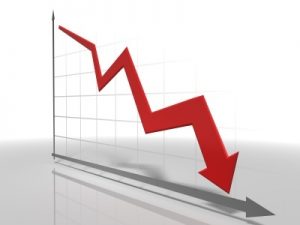 Summer is never a particularly bountiful time for online casinos, but Delaware’s collection of licensed operators felt the squeeze more than ever in June with the lowest reported revenues on record.

According to the latest stats reported  by the Delaware Lottery, the state’s collection of online poker and casino sites banked 19 percent less in June than they did in May 2015.

Overall, the money raked in by Delaware Park, Dover Downs and Harrington equated to $108,692, which is markedly lower than the $160,000 monthly average seen in previous months.

However, in among the disappointment of the lowest revenue since iGaming went live in Delaware back in 2013, a glimmer of light emerged in the form of online poker.

Although far from eye watering, The First State’s poker platforms did generate $30,675 in revenue which represents a 19.8 percent increase on June 2014.

Part of this upswing can be attributed to the liquidity sharing initiative between Delaware and Nevada.

Since it started three months ago, the player swapping pact has resulted in a revenue increase of 12 percent compared to Q1.

New Jersey Left Out in the Cold

However, while liquidity sharing may have seen an increase in revenue for the two states over the last three months, the real term benefits are still lacking.

Although New Jersey has been left out in the cold when it comes to sharing playerpools, the Garden State is still managing to generate significantly more money on a monthly basis.

While this may be something of an unfair comparison given that Delaware and Nevada have a combined population that’s just under half the size of New Jersey, the fact remains that New Jersey is making considerably more than its iGaming peers.

According to latest figures released by the New Jersey Division of Gaming Enforcement, the Garden State’s collection of online poker sites (BorgataPoker.com, Partypoker.com, WSOP.com and 888poker.com) banked $1,835,576 in June 2015.

The obvious strength of NJ iGaming raises the question as to why Delaware and Nevada aren’t pushing for a new liquidity sharing pact.

While it’s likely New Jersey regulators and operators would want the better half of any deal, it seems an obvious move for the stability of US iGaming as a whole if all the states were to work together.