With the price of Bitcoin already cracking the $10,000 mark twice this year, cryptocurrencies and poker have come into contact once again. 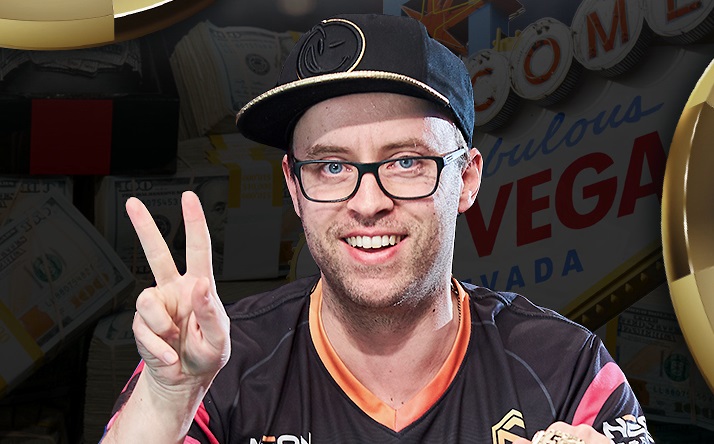 Although crypto technology remains a niche part of the industry, two new partnerships suggest the profile of blockchain technology is on the up.

First out of the gate was Bitcoin and crypto site, CoinPoker. Looking to strengthen its position within the community, the poker operator recently signed WSOP Player of the Year Robert Campbell.

Campbell is the company’s first ambassador from within the poker community. Prior to the signing, high stakes pro Tony G was named as an ambassador. However, his contributions to CoinPoker are fairly lowkey.

In terms of brand ambassadors, only YouTuber and crypto expert Owen Simonin has been flying the operator’s flag in recent months. He’ll now be joined by Campbell who will take a more active role in raising the brand’s profile among poker players.

CoinPoker has a direct relationship with cryptocurrencies such as Bitcoin through its payment options. It also uses blockchain technology to power many of its backend services, including its random number generator (RNG).

The latter is something Indian fantasy sports and gaming platform Mobile Premier League (MPL) is now able to explore.

Announced this week, the mobile operator will work with Poker52 to integrate cryptographically secure RNGs into its platform.

The introduction of “tamper proof” technology to MPL is not only a step forward for gaming in India but the industry as a whole. As more operators explore the applications of Bitcoin and blockchain technology, new ways of working will emerge.

What’s more, players such as Campbell will provide another link between poker and the world of cryptocurrencies.

The timing for CoinPoker and MPL may also be significant. A recent report by Reuters shows that interest in cryptocurrencies has reached a five-month high. This resurgence could spark another wave of interest not only among operators but players.

Over the last three years, Bitcoin has become a side project for a number of pros. Since the crypto boom of 2017, Doug Polk, Daniel Cates and Jamie Kerstetter all jumped on the bandwagon.

Although the Great Crypto Crash of 2018 killed the hype, the latest announcements show there’s still interest in new ideas. Indeed, with innovations bubbling away under the surface, crypto’s potential is far from exhausted within the industry.

Using cryptocurrencies as an alternative to traditional payment methods is the obvious application. However, the technology the makes crypto transactions possible, i.e. blockchains, could offer more. From RNGs to the way hand histories and personal data are stored, further integration with online poker, betting and gaming is possible.

For crypto technology to become commonplace, major operators such as PokerStars will have to make it a core part of their platforms. Even if a major shift takes time, the wheels are already in motion.

With fresh steps being taken to integrate the two worlds, it’s clear operators aren’t giving up on cryptos just yet.