David Sklansky, CardsChat Exclusive Interview: Still Old School and Not Afraid to Own It

David Sklansky is one of the preeminent poker authors and players of his time. In a career that spans more than four decades, the 69-year-old has authored (or co-authored) 13 books on poker and gambling, using mathematical theories that were unheard of in the 1970s and 80s, but which are now commonplace. 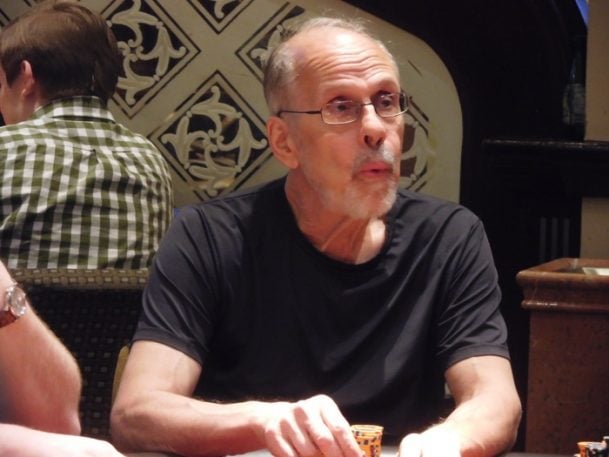 At almost 70, poker author David Sklansky still has plenty to say and plenty of game left in him. (Image: CardsChat)

The Las Vegas resident won three World Series of Poker bracelets back in the day, and just under $1.37 million in lifetime live tournament cashes.

Sklansky sat down with CardsChat on a break from the Bellagio “big game” in Bobby’s Room last week, and talked about his plans for WSOP 2017 and the changes he’s seen over the years in poker.

CardsChat: Have you cut back on your tournament play the last few years?

Sklansky: I really haven’t cut back that much. I was living in Reno and playing up there. I might this year, because the number of hours gets a little bit grueling and the side games are good.

One thing is for sure: there are so many tournaments at the World Series of Poker that getting a bracelet now is different. It’s not like it used to be, where there were 20 tournaments. The price of the buyin has stayed the same as inflation has gone up, and more people are playing in them. You have to be a good player to win it, but among the good players, it’s mainly luck.

CC: Like in the Main Event, is success in that event indicative of a good player, more about getting the right cards at the right time, or is it a combination of both? 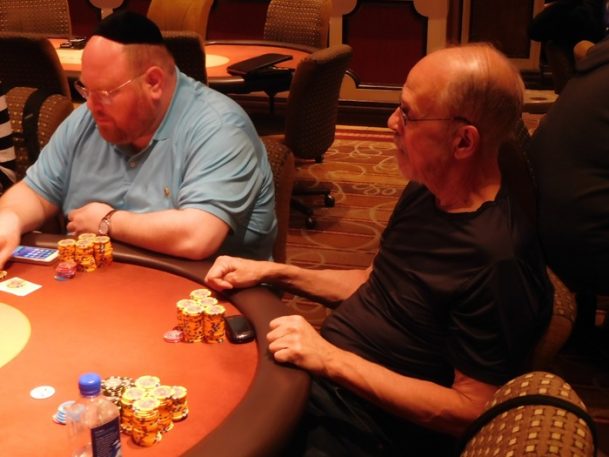 Sklansky says he generally thinks cash games are a better value for him, and still enjoys playing in the nosebleed games at Bobby’s Room in the Bellagio. (Image: CardsChat.com)

CC: How do you feel your game is right now?

Sklansky: My no-limit hold’em game has never been considered one of my best games, but in a tournament, it actually is. I do have quite a bit of experience with it and there are a lot of little tricks I know about no-limit hold’em tournaments.

CC: What do you think is your strongest game with the best chance of success these days?

CC: What WSOP 2017 events do you plan on playing this summer?

Sklansky: It’s going to depend on what kind of side games there are, because it might make more sense to play in those. Like take the Super Seniors, for example. If you put it into an hourly rate, you can probably make more money playing in side games, rather than tournaments.

CC: So are you likely to play in any WSOP events at all, then?

Sklansky: There are probably four or five tournaments that are good for me, one way or the other. The ones that have many different games [for example]. The mixed games are better for me in general, because a lot of people don’t know how to play all those games. The other tournaments that are better for me are the ones that people don’t play that much, like pot-limit Omaha 8-or-better. You’re always looking for that edge. There are certain tournaments where the strategy is quite a bit different from cash game strategy.

CC: In the WSOP tournaments that you’ve played in over the last five years, have you been satisfied where you finished?

CC: Has your strategy as far as tournament play changed over the years?

Sklansky: You have to change your strategy regarding those you are playing against. If a player does one thing, I have to do something to counter that. 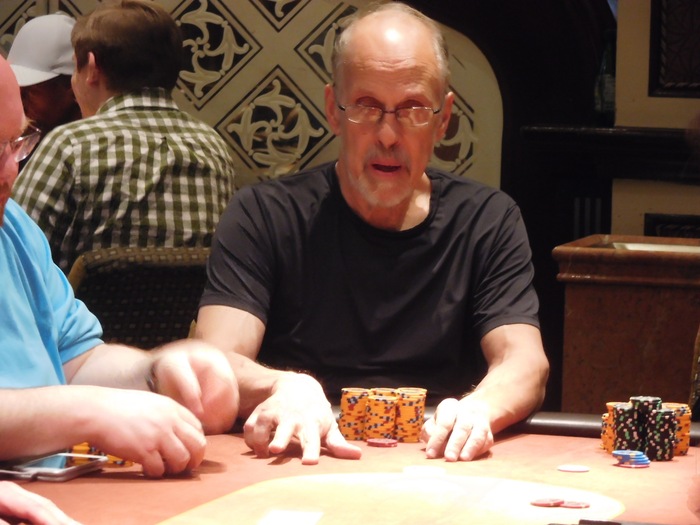 Now in his fifth decade of poker play, Sklansky expects to hold his own in the 2017 WSOP Super Seniors event, if he decides to make a run. (Image: CardsChat.com)

CC: Do you feel the game has changed much from when you started playing?

Sklansky: So many people know how to play well now. Some of it had to do with my books, as well as poker being on TV, but basically, in the old days people were good at poker through instinct. Now the college kids are doing a lot more mathematical work than what I did. They are doing more than just knowing probabilities.

CC: You are one of the definitive authors in poker, but do you think the younger generation is familiar with your work?

Sklansky: There is one book called The Theory of Poker that to this day, no one has tried to duplicate. It is the general underlying theory about many, many different situations in poker.

No one has tried to dispute it or improve upon it to this day. It was my second book, I was 29 when I wrote it. I was the first one to look at poker and realize that situations could be analyzed in a very cogent, academic style. Now it’s routine, everybody does it.

CC: But when you wrote it, was it widely accepted?

Sklansky: I didn’t have to do too much convincing, because one of the hallmarks of the stuff I write is that after I write it, people tended to say, ‘Ah, ha, of course. Why didn’t I think of that.’

I don’t just say something, I explain it and say why and there is no disputing it. It’s not like a cookbook, where you say add this ingredient at this ratio, I’m explaining why you do it. Then I explain new ratios to make it taste differently.

CC: What is one thing people might not know about you?

Sklansky: I still read an average of a book a week on just about every subject. I read a lot of biographies. I’ve read hundreds of biographies. When I was 10 years old, I read three different biographies on Thomas Edison.

Nowadays, I don’t read more than one [bio] on someone. I’ve even read the biography of Crazy Horse [the 19th-century Lakota war leader who fought the US federal government when it encroached on Native American territories].

wwooowwww, the famous David Sklansky..
I have read one of his books and it really did improve my poker.
Man this guy is a legend and his books definitely can help you a lot.
Thanks for interviewing him CC
.This was an awesome interview.