David Rush can stack poker chips faster than you can. The serial world-record breaker recently piled up 48 chips in 30 seconds to beat the previous high of 42. 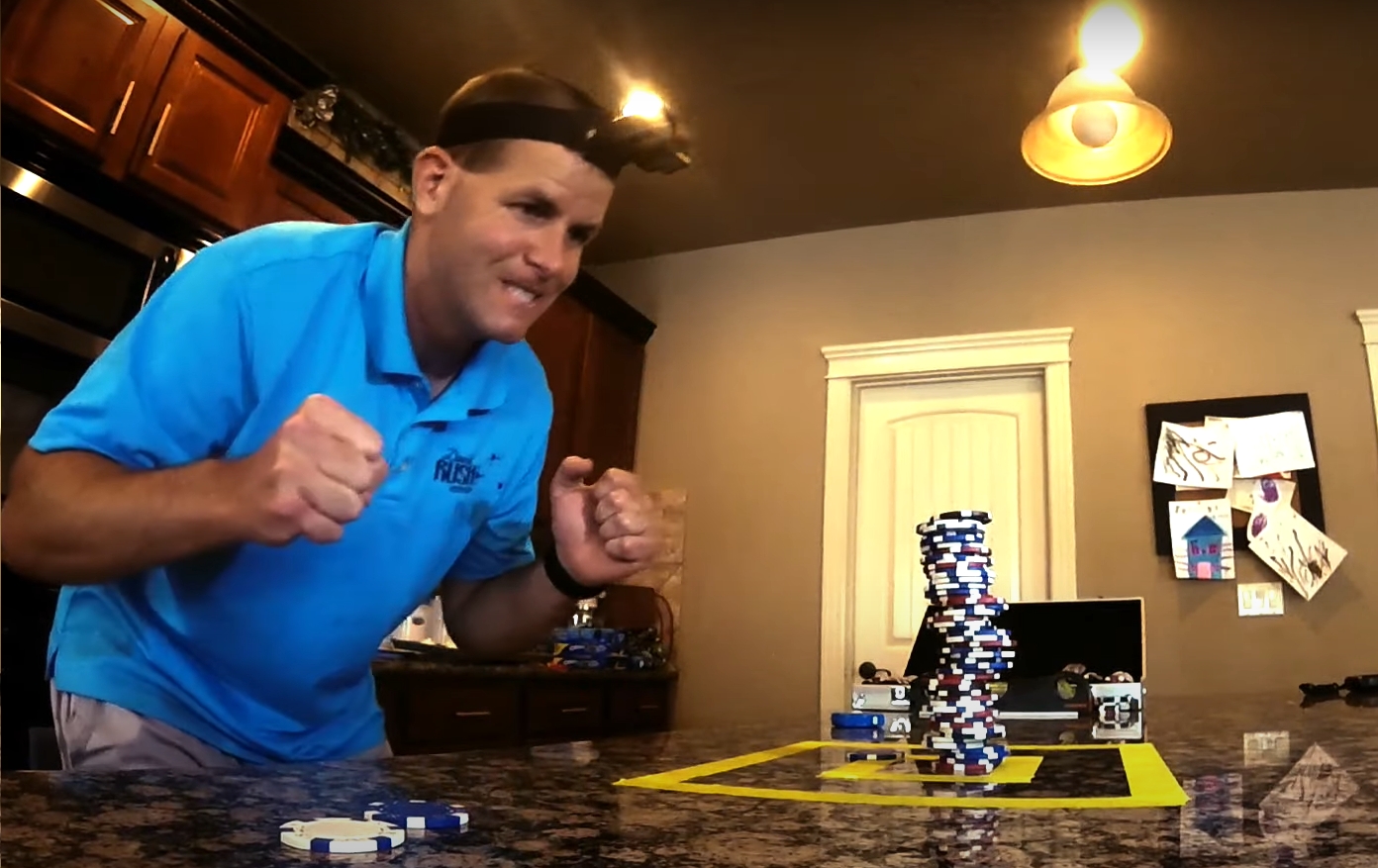 Rush has broken more than 150 Guinness World Records over the years, but stacking chips was one of his most challenging. Prior to his attempt, he ranked the record’s difficulty as “medium”. However, the size of the chips and the fact he could only use one hand made it much tougher than anticipated.

Italian “super record breakers” Silvio Sabba and Rocco Mercurio set the standard in 2019. Rush believed it was a record he could break and, in the process, raise awareness for STEM education.

Anyone who’s played live poker before may fancy their chances at breaking the record. However, the rules of engagement make it harder than you might think:

The rules make it a much more “competitive” record than Rush expected. But, like a true champion, he got it done (see video below).

Rush may have stolen a record from Sabba, but the Italian is still among the top stackers in the world. He currently holds the record for the most poker chips stacked in one minute with a total of 75.

Sabba also joined forces with Julijana Jankovska in 2019 to set a new two-person stacking record. Between them, the serial record breakers created a tower of 118 poker chips in one minute.

Rush now holds the record for most poker chips stacked in 30 seconds, but that’s just one of his many weird and wonderful achievements. Among his list of accolades recognized by Guinness are:

Poker Records You Can Break

PokerStars has set plenty of records in the past. More recently, GGPoker has gotten in on the act.

However, if you want to earn yourself a place in the history books, there are plenty of other poker-based Guinness World Records waiting to be broken:

The record “Longest Marathon Playing Online Poker” will soon be improved, as part of the first attempt was invalidated and we’ve just got approval from GWR for our next attempt. To be continued.