Winner any major poker tournament takes a rare combination of skill and luck. Doing it two years in a row, like David Peters just did in the $5,000 No-Limit Hold’em Event at the Seminole Hard Rock Rock ‘N’ Roll Poker Open, is a feat that few players will ever achieve. 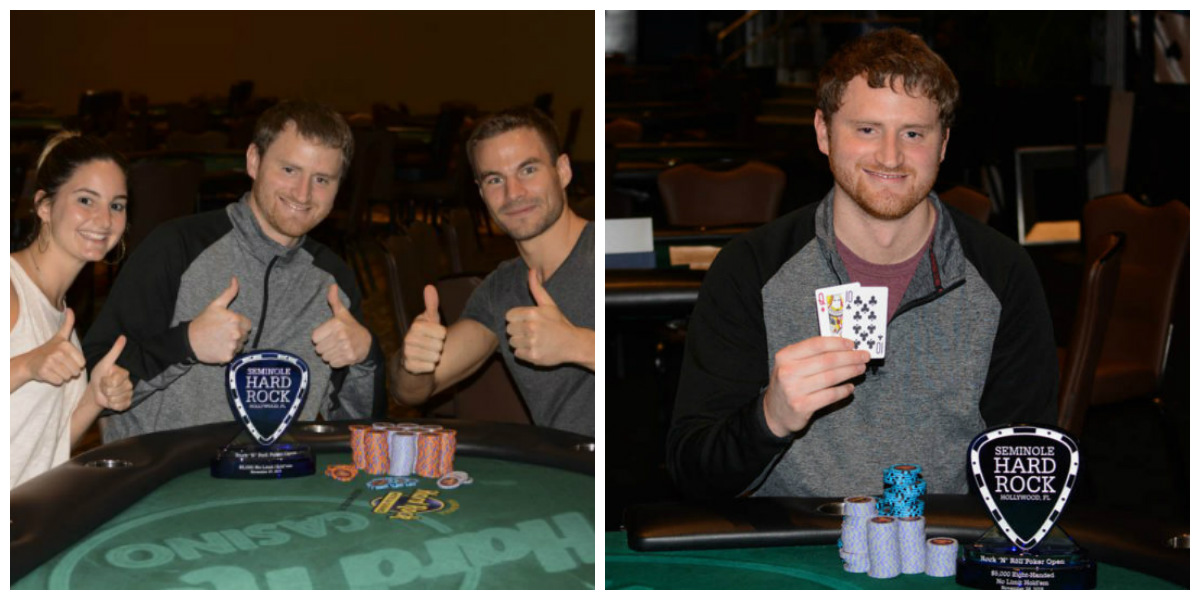 Peters bested a field of 95 players to win the tournament in Hollywood, Florida for the second consecutive year, this time earning $143,159 in prize money for his performance.

The Ohio poker pro noticed a lot of similarities in his two wins – including one that might just make him superstitious if he tries to make it three-in-a-row in 2019.

“It’s kind of crazy,” Peters told tournament blogger Steve Schult. “I’m wearing the same sweatshirt and everything. Things went pretty well at the final table early on. Then I lost a bunch of chips and I battled back and it worked out.”

With more than $29.3 million in lifetime tournament earnings, Peters is already regarded as one of the finest NLHE tournament players in the world. That alone would suggest his back-to-back wins weren’t just a fluke, and the Toledo native put his skills on display several times during the final table.

One of the key hands came with eight players remaining, when Peters outdueled World Series of Poker bracelet winner Will Givens to score a crucial double-up.

Givens had raised pre-flop, then bet the flop and turn before moving all-in on the river. The board read A♦9♦4♣K♥J♦, with Peters holding K♦Q♥ and calling down the entire way, including on the river. Givens showed his hand – 6♠5♠ – and Peters was able to double up, giving him about a third of the chips in play.

After the tournament, Peters explained his reasoning in the critical hand.

“I was blocking the nut flush and the ace, jack and nine are all out there, so there aren’t too many combos of flushes,” Peters said. “I thought there were a lot of hands like he had that are trying to blow me off a nine. I have a lot of weakish ace-x type hands that are obligated to call the turn. So I felt he was trying to blow me off a lot of those hands. So I called. It worked out.”

Peters would ultimately win the tournament in heads-up play by defeating Guillaume Diaz, who took home $85,738 for his second place finish. The final table as a whole featured a number of notable names, including Givens (8th place), Jeff Gross (7th), Jake Schwartz (5th) and Joey Weissman (4th), among others. That level of talent meant that Peters knew he couldn’t simply intimidate his way to victory.

“I guess sometimes maybe some guys might not be trying to play too many pots with me or might avoid marginal situations,” Peters said. “On the flip side, you have some guys that are ready to battle. I don’t think any of these guys were scared or anything like that.”

It,s really hard to believe, that someone did it 2 years in a row, especially, because this time it was 95 another players, who also wanted to win. Anyway, congratulations to him. He deserved that a lot. I wish him best of luck in make it 3 in a row wins next year.

David Peters is a very good poker player, but winning two years in a row is a great achievement !Congratulations and good luck to him in the future !