David Haye has been preparing for his appearance at Grosvenor Casinos’ Goliath by locking horns with the game’s best. 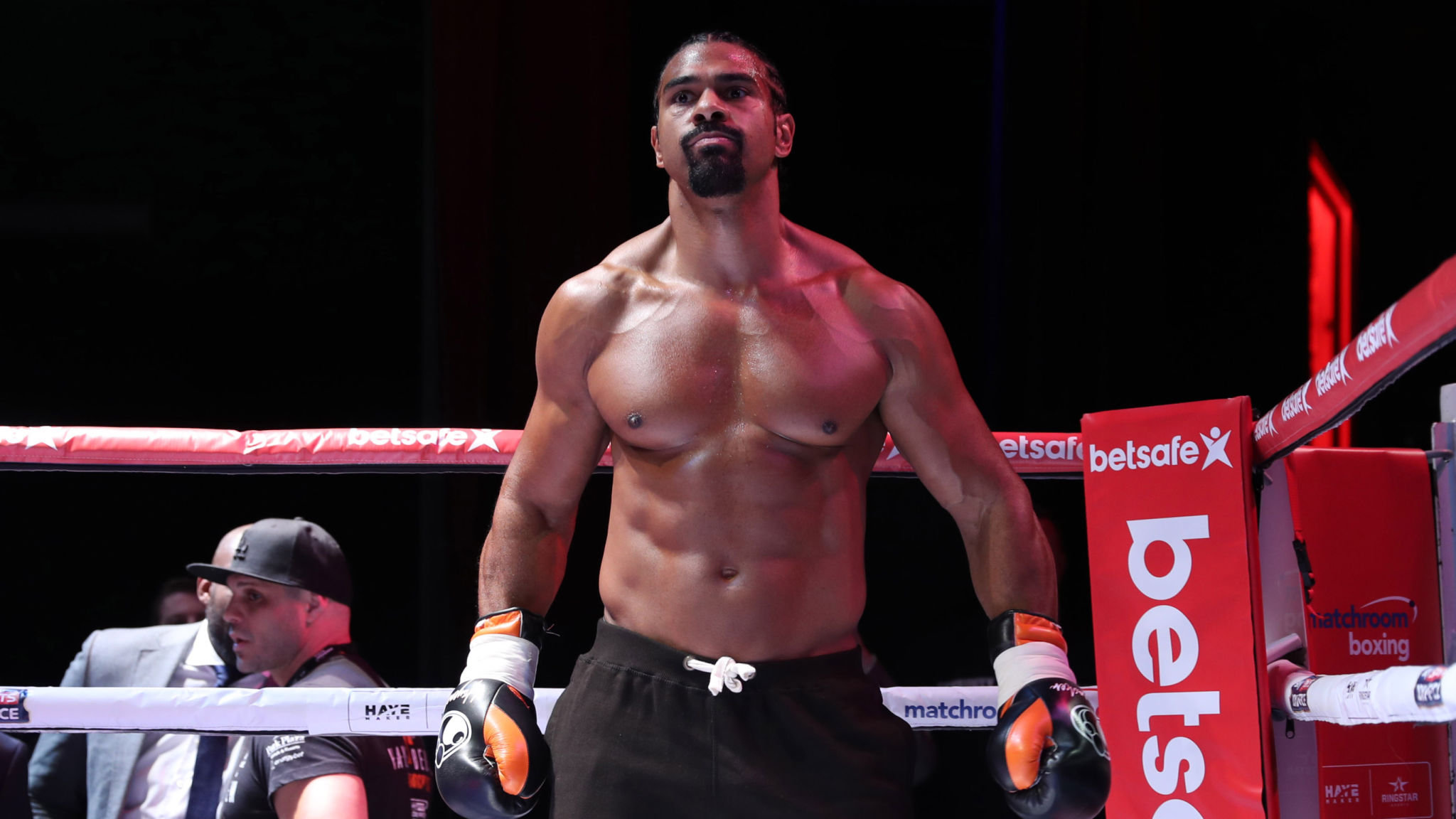 David Haye has taken his poker training to America ahead of his appearance at the GUKPT Goliath. (Image: Sky Sports)

With a month until the largest live poker event outside of Las Vegas gets underway, the retired boxer has been honing his skills.

Posting on update on Instagram, Haye told his followers that he’s been “exposed” to a world he never knew existed.

Flying out to Los Angeles, the Brit used his celebrity connections to meet with various coaches. In his words, the trip has shown him that top poker players prepare in a similar way to professional athletes.

As well as a memory coach and neurologist, Haye took lessons from a poker acting coach as well as Mickey Rourke.

After soaking up all he could in LA, the Hayemaker headed to Vegas. With the World Series of Poker (WSOP) in full swing, he used it as an opportunity to see how the game is played on a mass scale.

In the last ten months since taking on #DavidvsGoliath19 Poker Challenge, I’ve been exposed to a whole world that I never knew existed, where the best poker players train like full time athletes, and winners pots are as lucrative as heavyweight pay-per-view events. As Goliath draws closer, I headed out to LA to prepare like a pro headed of the @worldseriesofpoker in Las Vegas. I met with a memory coach, neurologist, even had a poker acting lesson and managed to catch up with @mickey_rourke_ When I was in Santa Monica, I was kindly invited to swing by my poker mentor @audleyharrison own mentor @magicantonio ’s home (who was fresh from his recent boxing debut, a victory over comedy legend @kevinhart4real). I tried to hang with the pro’s @afrotrace and @ronnie_loveman_ebanks in one of his renowned cash games. It didn’t go well for me, I learned a whole lot about swiftly losing every penny I sat down to the table with! ? Regardless, I had fun, took notes and thanked everyone for the steep education on cash games. Rolling down Venice Beach in the sunshine and most pimpin’ rickshaw I’ve ever seen whilst dissecting our hands from the night before was certainly my way to review my play ??

From there, it was back to Santa Monica and a visit to recent Hall of Fame nominee Antonio Esfandiari. Taking part in one of his infamous home games, Haye learned quickly that there are levels to poker.

“I tried to hang with the pro’s @afrotrace and @ronnie_loveman_ebanks in one of his [Esfandiari’s] renowned cash games. It didn’t go well for me. I learned a whole lot about swiftly losing every penny I sat down with,” David Haye wrote on Instagram.

Despite losing his chips performing a disappearing act, Haye had fun and took plenty of notes. Whether that will help when the Goliath gets underway in Coventry on July 25 remains to be seen.

Since signing with Grosvenor, the former heavyweight champion has had a rough ride. Following a quick coaching session with Team Grosvenor Poker, Haye lasted less than a round in his first outing.

However, as he’s become more immersed in the game, his results have improved. A second GUKPT appearance in the UK saw him almost make it through the first day.

More recently, a small cash on the Asian Poker Tour not only gave Haye a confidence boost but an unexpected sense of pride.

That number of participants broke the previous record and means the Goliath remains the largest live tournament outside of Vegas.

With Haye providing a touch of star power this year, records could fall once again. That means the sporting icon will have to fight hard if he wants to defeat the Goliath.

They always looking for a new chris moneymaker story , someone who will start recently playing poker , goes throught some coaching and conquer as soon as possible which is way unlikely to be happening with poker variance + the huge skill gap with the pros that attend the big tournaments , they should instead show how he could conquer low/mid stakes i think that would attract more players if thats what they’re looking for.