David ‘ODB’ Baker will enter the 2019 WSOP Main Event on an emotional high after his second bracelet win and second major poker title this year. The popular tournament grinder took down the WSOP $1,500 Limit Hold’em event, a 541-player tournament, for $161,139. 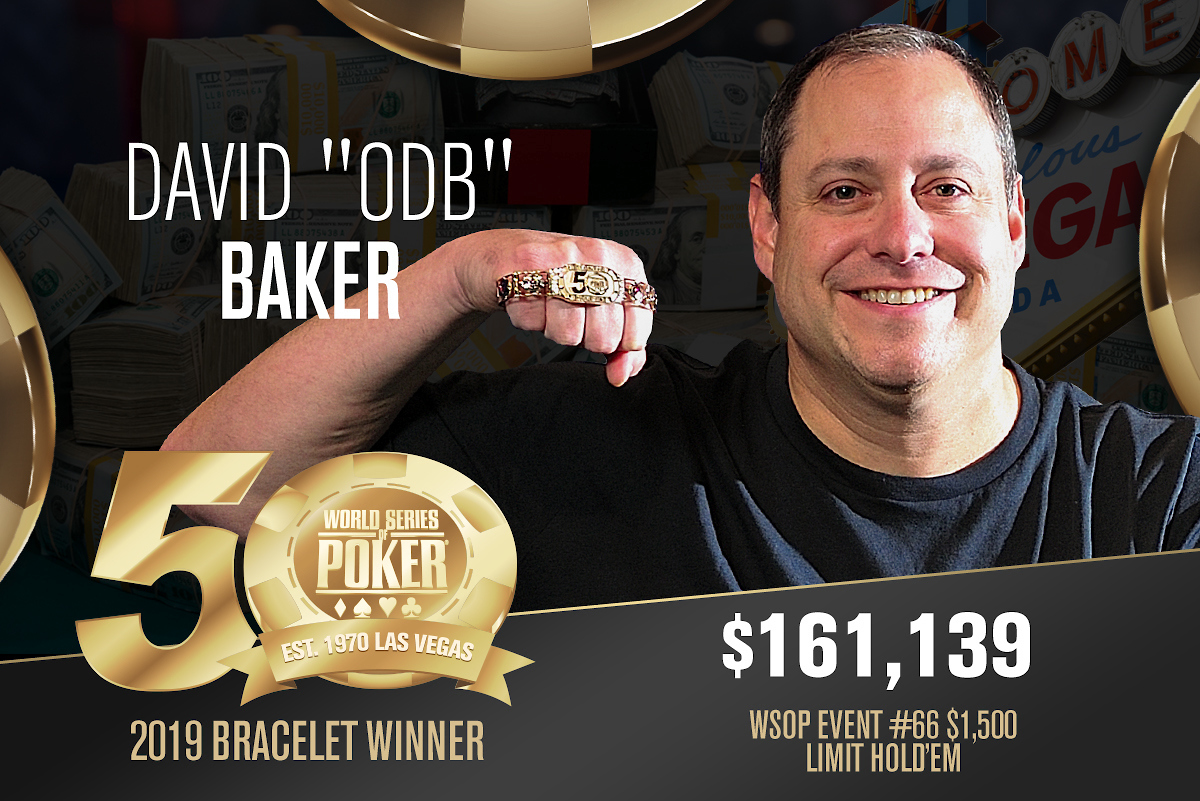 Although he didn’t win a bracelet, Chris Ferguson made another final table and jumped back into the Player of the Year chase. The former Full Tilt Poker pro busted in fifth ($33,948) in Event #66, giving him 360.6 POY points.

It doesn’t matter which poker variant he’s playing, because David “ODB” Baker has the talent to win any tournament. Earlier this year, he shipped a no-limit tournament and his first WPT title at the LA Poker Classic for $1,015,000. In 2012, he won his first WSOP bracelet in a $2,500 8-game mix tournament for $271,312.

And on Tuesday, ODB Baker took down his second bracelet with a victory in $1,500 Limit Hold’em for $161,139. As always, the classy Baker was humble in victory and appreciative of his rail.

Thank you for all the love and notes on Twitter and elsewhere. I’ve read them all and really feels good to feel the support.

Baker now has 81 WSOP cashes for nearly $3.2 million. To win the bracelet, he defeated Brian Kim heads-up, who cashed in his first ever WSOP event. Kim took home $99,564 for second place. Not a bad consolation prize, especially for a WSOP newbie.

Limit hold’em lost its popularity in recent years. But events such as this one – 541 players entered – prove the LHE game isn’t completely dead.

After winning a bracelet and a WPT title within a few months, David “ODB” Baker should be feeling good about himself heading into the 2019 WSOP Main Event, which kicks off with Day 1A at noon PT on Wednesday.

Last year’s Main Event had a whopping 7,874 players, second most all-time behind 2006 (8,773). John Cynn is the defending champion after winning an epic 10-hour heads-up battle against Tony Miles at the final table.

You can catch all the action from the Main Event live on ESPN, ESPN2, and PokerGo starting on Wednesday and all throughout the tournament leading up to the final day on July 16.