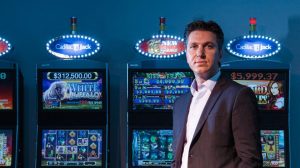 A lawyer for David Baazov wants prosecutors to release detailed information of the case against her client. (Image: Forbes)

David Baazov, the former CEO of Amaya which is PokerStars’ parent company, is facing charges of insider trading in Canada. Sophie Melchers, his attorney, claims the defense team isn’t being given a fair shot to defend its client.

Melchers asked the court to force Autorité des marchés financiers (AMF), on organization for financial regulation in the Canadian province of Quebec, to release details of the charges against Baazov.

Since charges were originally filed in March, the defense team has, as Melchers claims, received numerous documents but it’s nearly impossible to weed through so much evidence.

The lawyer asked the court to force AMF to share the specifics such as specific stock trades, dates the illegal activity took place, and identities of the co-conspirators.

Without this information, Melchers claims the defense can’t prepare for trial. She also suggests prosecutors would have an unfair advantage without the release of the requested information.

Isabelle Bouvier, a prosecutor for AMF, doesn’t believe the defense team should be granted specific details at this time.

She did, however, state that she is in the process of putting together more detailed information of the proof of criminal acts committed by Baazov.

Her plan is to release the findings to the defense next week.

Baazov continues to profess his innocence. He is facing charges of attempting to influence the market price of Amaya’s securities and four other alleged crimes. The former CEO is alleged to have illegally used privileged information when trading company shares.

Baazov doesn’t appear to be too worried about going to jail. Last month, he proposed to purchase Amaya along with a group of investors for $6.7 billion and make it a private company.

Amaya Inc. is a Canada-based online gambling company traded on the Toronto Stock Exchange. But Baazov wants to see the company he originally founded become private. He believes doing so will increase the profitability of the business.

“As the online gaming industry continues to mature, I believe that it is in the best interests of Amaya to be positioned as a private company,” he said in November. “While Amaya incurs the substantial costs and scrutiny associated with being a reporting company, it obtains no benefit from being public.”

Baazov’s proposal to buy the company came at an odd time. He’s currently facing possible jail time. Many were taken aback when Amaya’s former CEO offered to purchase the business before being cleared of insider trading charges.

His proposal came just days after a potential merger between Amaya and William Hill Plc failed.