Former CEO David Baazov and his beleaguered bid to purchase Amaya appears to have come to an end. The Canadian, who has been under massive legal fire this year in both Canada and the US, has formally announced the termination of his offer. 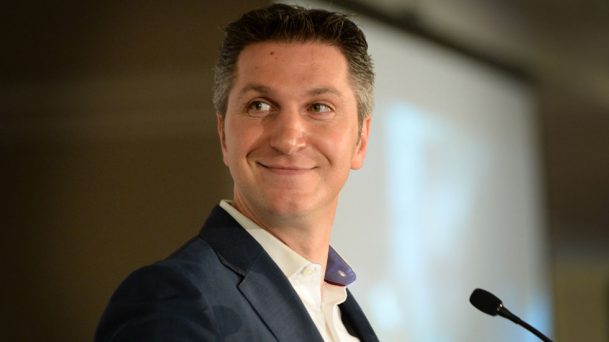 Let’s Not Make a Deal: David Baazov folds on his bid for Amaya, which means the company will stay a public entity for now. (Image: fr.canoe.ca/Agence QMI)

Ever since news of Baazov’s attempt to take back control of Amaya and make it a private company came to light in November, the offer has been fraught with problems.

Despite stating that Dubai-based investment firm KBC Aldini Capital Ltd was one of the major backers behind the multibillion proposal, KBC CEO Kalani Lal told the media that he had “no involvement” in the deal, and had never even heard of Amaya. But despite a complaint filed by KBC to the SEC, the US securities regulator, Baazov resubmitted his offer without the UAE company’s name attached to it.

Following this, Baazov was in court on December 13 to answer more questions about allegations of insider trading during the time Amaya purchased PokerStars for just over $4 billion. He’s maintained his innocence throughout and, during the most recent hearing, Baazov’s lawyer Sophie Melchers asked for full disclosure from Quebec securities regulators, the Autorité des Marchés Financiers (AMF).

According to Melchers, she wasn’t able to build a proper defense without evidence of the sums of money and payments the AMF believes are linked to the PokerStars deal. But, even with his “administrative hearings” looking as though they won’t reach a conclusion any time soon, Baazov had remained committed to taking control of Amaya.

But now, according to a recent press release, Baazov doesn’t believe it’s worth pursuing the deal any further, as certain shareholders are asking for too much of a premium on the company’s share price.

“The best course of action for me and Amaya would be for me to end my attempt to purchase the company,” said Baazov of the end of the offer.

Not a Price Worth Paying

Although his original offer of $24 per share represented a 30 percent premium on Amaya’s price at the time, SpringOwl Asset Management LLC believes Baazov’s bid is still lower than what it should be. Claiming he is “undervaluing” the company, SpringOwl has essentially put the kibosh on any further talks unless the former CEO can up his offer.

But an increased bid is out of the question, says the ex-CEO,  as his backers aren’t willing to pay any more for the online gaming company. Of course, given that this is Baazov’s second attempt to purchase Amaya, another move in the future is never entirely off the table.

For now, though, Amaya will stay under its current ownership and Baazov will have some more time to focus on his legal issues with the AMF, and very possibly with the Securities and Exchange Commission across the border.