The David Baazov securities case is based on “speculation” and paints a “distorted picture” of events. That’s according to Baazov’s lawyer Sophie Melchers, who presented her closing argument to an administrative tribunal in Montreal on Thursday. 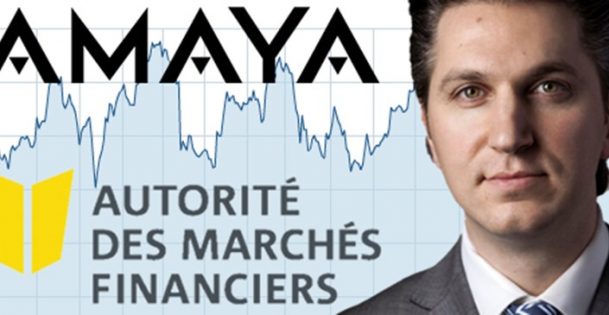 AWOL: David Baazov was a no-show at his own AMF hearing in Quebec on Thursday, but his defense counsel says the regulator has no proof of his involvement or guilt in this case. (Image: highstakesdb.com)

The ex-Amaya CEO was not present at the tribunal, but maintains he is not guilty of five counts of securities fraud levied at him by the regulatory agency relating to the sharing of privileged information with a close knit-group of family and friends.

The AMF has accused Baazov of being the tip of an information-sharing pyramid that allegedly enabled members of the group to net $1.5 million in profit through illegal stock market trading.

It also claims that Baazov, his brother Josh, and their associate Craig Levett, all received kickbacks in return for privileged information.

No Solid Ground to Stand On

Melchers had previously forced an AMF agent to admit under cross-examination that the case against Baazov was purely circumstantial. She noted that the AMF has phone records that show certain individuals telephoned one another at key times, but it doesn’t know exactly what was said during those phone calls. The agency has also based much of its evidence on partial e-mail messages.

“Without knowing if these people actually spoke to each other, without knowing what they said to each other, the AMF built a theory stipulating that these individuals should have been in the possession of privileged information when they made their trades,” she said. “And the AMF speculates, it supposes, that the information these people supposedly had come from David Baazov.”

Melchers also said that the AMF has provided no evidence whatsoever that Baazov received kickbacks for his alleged involvement in the scheme.

“So Mr. Baazov apparently repeatedly broke the law in exchange for nothing,” she said. “And for the benefit of people with whom, for the most part, he doesn’t have any contact. Why would he do that?”

Where in the World is David Baazov?

In his closing argument on Wednesday, AMF attorney Philippe Levasseur asked why Baazov had not attended the hearing if he were innocent of the charges, as the entrepreneur claims.

“Where is David Baazov?” he demanded. “The only person who could have contradicted this wasn’t here.”

But Melchers said this was “blatantly sensational” and that no negative inference should be drawn from Baazov’s constitutional right to remain silent.

She asked the tribunal to unfreeze the bank accounts of 13 people accused of involvement in the alleged securities fraud, since there was “no direct evidence of privileged information being shared by Mr. Baazov.”

A ruling is likely to take several weeks.