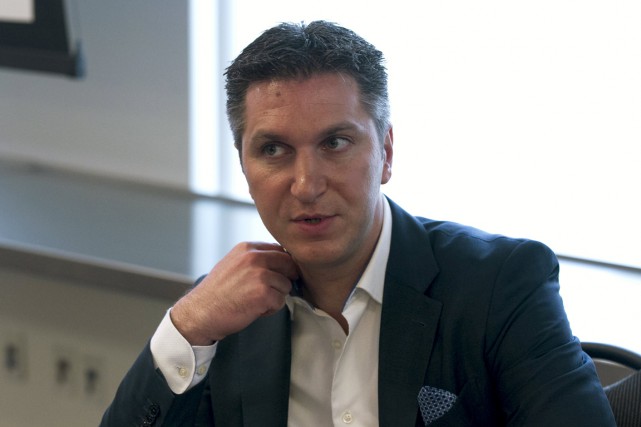 Despite a financial hit to Amaya in 2015, David Baazov is still planning to launch a takeover bid for Amaya in the coming months. (Image: affaires.lapresse.ca)

CEO David Baazov is still planning to launch a takeover bid for Amaya, the parent company of PokerStars, but he’s stopped short of putting a timeframe on his plans.

Speaking during a conference call to announce Amaya’s Q4 earnings for 2015, Baazov stated that his original plan to privatize the company still stands, but when that will happen is, as yet, uncertain.

“I’m in a position to move towards submitting a proposal to acquire the outstanding shares of Amaya, consistent with my previously announced intentions,” said Baazov.

After announcing his intention to offer C$21 ($15) per share on February 1, it was later revealed that current executive vice-president for corporate development Marlon Goldstein, as well as three other senior executives, would be part of the group that’s bidding for Amaya.

In addition to the consortium of internal investors, it’s also been rumored that Playtech founder and CEO Teddy Sagi will be helping to fund the takeover bid.

Takeover Could Redefine the Industry

While many in the poker industry, such as Global Poker Index CEO Alex Dreyfus, have called the takeover attempt a potential “game changer,” there is still some skepticism among poker players. With PokerStars back under the control of a private company it could mean Baazov and his new board could enact a raft of radical changes without having to satisfy shareholders.

Of course, the opposite is also true. Amaya would be free to take more risks that could ultimately benefit players, something that defined PokerStars’ rise to prominence when it was owned by the Oldford Group.

However, for any of this to become a reality, Baazov will have to make a bid and, more importantly, that bid will have to be accepted.

In addition to outlining his intention to proceed with his takeover bid, Baazov detailed Amaya’s finances for the fourth quarter of 2015 during the conference call.

For the final three months of the year, Amaya posted revenues of $389 million, up by $50 million compared to the same period in 2015.

However, at the same time as revenue increased in Q4, Amaya’s full year revenue took a $19 million hit, due in part to a decline in value of the Canadian dollar. Also contributing to Amaya’s financial dip was the expense for its lobbying efforts in the US.

According to a breakdown of the company’s spending in New Jersey (the state where PokerStars begins its soft launch today), Amaya spent $8.5 million on its US lobbying efforts in 2015 (on top of $10.3 million in non-US lobbying efforts).

The company also spent $1.9 million on non-recurring expenses to obtain its iGaming license from the New Jersey Division of Gaming Enforcement.

Despite its financial dip, Amaya is still the leading iGaming operator in the world, and between Baazov’s potential takeover bid and PokerStars’ launch in New Jersey, it’s likely the company’s fortunes will improve throughout 2016.