Darren Woods Jailed and Fined as Poker Cheat in UK 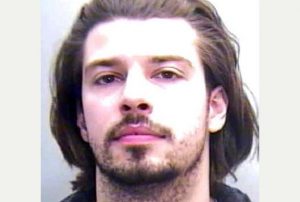 Darren Woods, WSOP bracelet winner and former 888-sponsored player, will begin a 15-month prison sentence and be heavily fined after being found guilty of defrauding fellow players and his former employer. (Image: grimbsytelegraph.co.uk)

Darren Woods, a former World Series of Poker bracelet winner, has been jailed by a UK court for 15 months for fraud for cheating online poker players out of hundreds of thousands of dollars and claiming bogus commissions from his former sponsors, 888.com.

Woods, AKA  “Dooshcom” online, has been ordered to pay back £1 million ($1.5 million) to those he defrauded, or face an additional six years in prison. It’s the first time anyone has ever been criminally prosecuted in the UK for cheating at online poker.

Woods, who won his championship bracelet in the six-handed limit hold’em event at the WSOP 2011, was outed as a cheat on the TwoPlusTwo forums shortly after that win by a poster called “feruell.” Feruell represented a group of high-stakes fixed-limit players who accused Woods of colluding against them under the screen name “Dooshcom,” usually with a player called “Benkaremail,” back in August 2011.

However, it seems likely that Woods was also behind the Benkaremail account. Alasdair Campbell, prosecuting, told the court that Woods regularly used other identities in order to play as several people at the same time, and even accepted commission from 888 for these new “referrals.”

The TwoPlusTwo group passed on their report, which included numerous suspicious hand histories, to the 888.com fraud department, which then passed it onto UK police.

“You are an intelligent, able and even gifted young man,” Judge Paul Watson QC told Woods, “but you turned your talents towards defrauding online gambling companies and cheating other players of online poker. In individual games, other people playing against you stood to lose money because the odds had been rigged in your favor by the creation of multiple identities which were undisclosed to other players.

“Cheating undermines confidence in the recreational gambling industry,” the judge added. “Those who might choose to gamble recreationally may be deterred if the system is unfairly balanced in favor of other players by such conduct as yours.”

Woods’ father, Morteza Gharoon, was also in court, accused of helping his son launder £230,000 ($348,115) of fraudulently obtained funds. He was given a six-month suspended prison sentence.

“All of those who feel they have lost out will be compensated, every last one,” said Gordon Stables for the defense.

“He has lost his livelihood but, more than that, he has lost something he loved and something that he was very good at.”

A fitting and sobering speech for a poker morality tale, indeed.

no one , i mean no one should Show any mercy towards These cheaters..we Play our hard earn Money n for what , to be cheated by These rubbish personell.. so sick

What a fitting name! DOOSHcom