The 2017 Borgata Fall Poker Open $2,700 Main Event attracted 473 runners, and in the end, it was three-time World Poker Tour winner Darren Elias who came out on top to win $293,062. That score vaulted him over $5 million in career earnings. 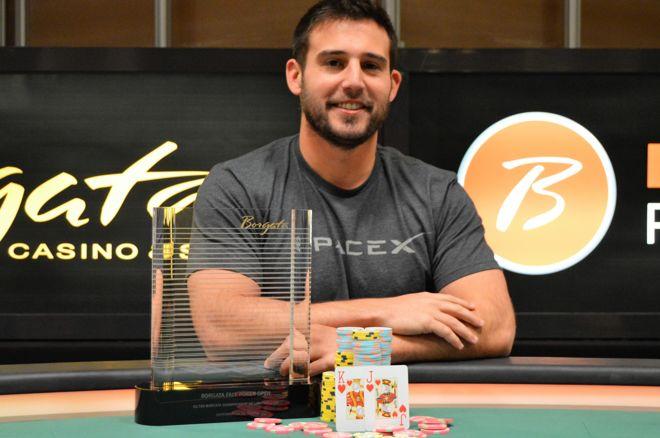 Darren Elias notched the fifth-largest score of his career to move over the $5 million mark in career earnings. (Image: Borgata)

It happened when Stammen moved all in for 1.415 on the button with pocket deuces and Elias called from the small blind with the A♣6♣. It was a flip, and while Stammen held on the Q♠J♥8♦ flop, he fell behind when the 6♠ paired Elias. The 6♦ river improved him to trips, and Stammen was sent packing in third place for $103,232.

That six-figure score moved Stammen up to $5,284,474 in career earnings, which is just ahead of Elias.

The elimination of Stammen in third place allowed Elias to take 8.74 million in chips into heads-up play against Mark Kaganovsky, who held 5.45 million.

Kaganovsky checked, Elias bet 1.35 million, and Kaganovsky check-raised all in for 4.575 million. Elias snap-called with his straight, and he improved to a flush on the 5♥ river. Kaganovsky had to settle for second place and a $169,186 consolation prize.