In what could be labeled as predictable news, Darren Elias has a huge chip lead heading into the March 11 final table in the 2019 L.A. Poker Classic. 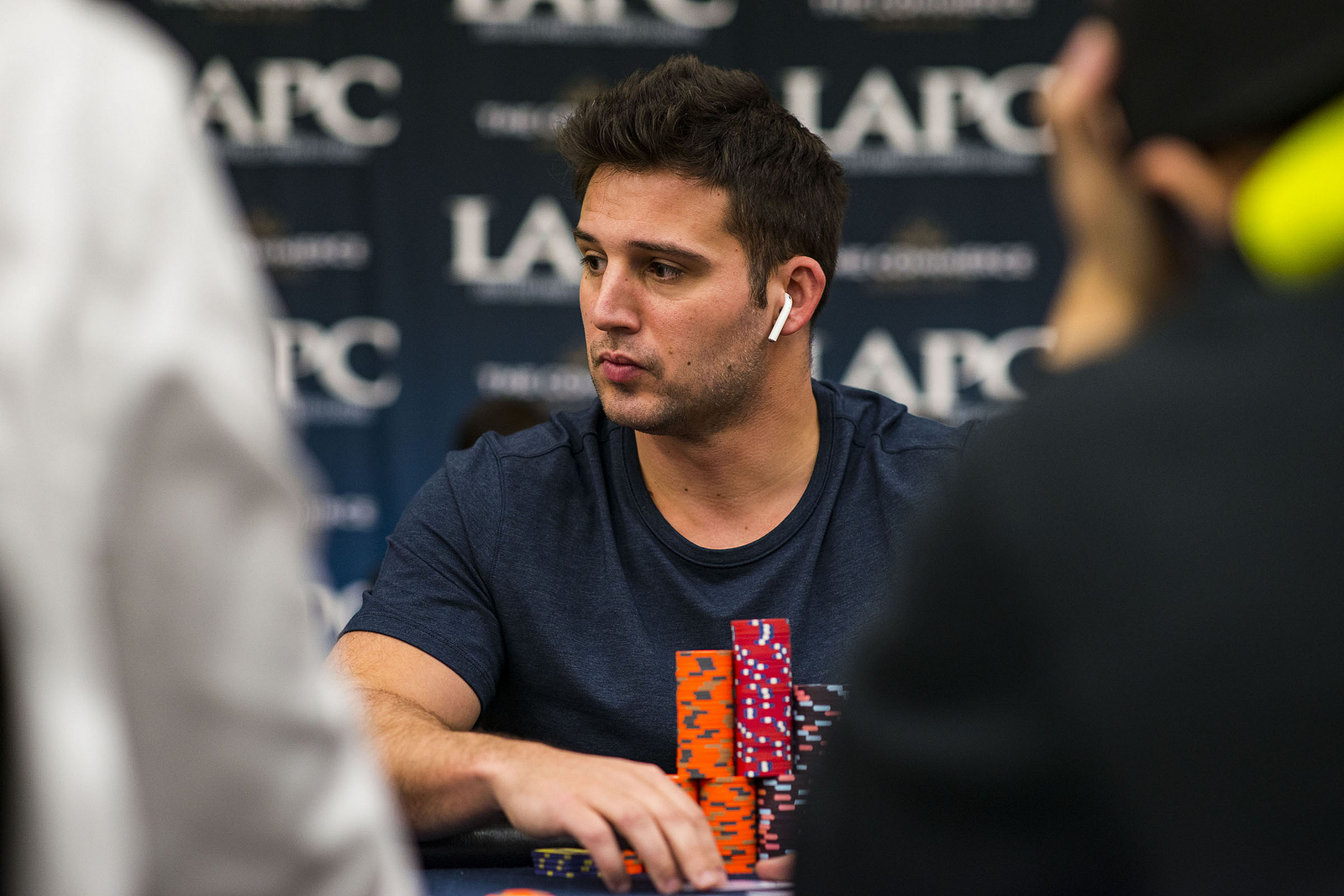 The New York native also hopes to extend his WPT title record to five. He’s already the only four-time champion in tour history.

Elias has nearly a 2-1 chip advantage over David “ODB” Baker, who finished Day Five on Wednesday second in chips. John Smith, the 72-year-old heads-up poker legend, bagged the smallest stack. He’ll certainly be a favorite if he can get into a heads-up situation, even against Elias.

Play won’t resume until March 11, however. And the tournament will shift from the Commerce Casino in Los Angeles to the Esports Arena at the Luxor in Las Vegas. WPT Gardens (March 12) and WPT Borgata Winter Poker Open (March 13) will also conclude next week in Sin City.

Nobody should ever be shocked to see Darren Elias at a WPT final table. And, equally unsurprising, he holds the chip leads, by a lot.

Elias busted James Carroll – seventh place for $155,900 – on the final table bubble. That ended the session with six players remaining, all in search of the $1,015,000 first place prize and also a Hublot Trophy.

Baker, who is seeking his first WPT title, held steady throughout Day Five. He entered the session with a big chip lead at 4,610,000, and finished the day with about the same stack. Elias, on the other hand, went from big stack to massive stack as the day progressed.

Each player at the final table is guaranteed at least $201,650. The huge pay jumps will certainly be on the minds of the competitors next week.

Having Darren Elias at your table in a WPT event must be depressing. He holds the record for most World Poker Tour titles (4) and cashes (33). And no other player in the post-Black Friday era has accumulated as many WPT earnings ($3.260 million).

If he wins the LAPC, and he’s certainly the favorite, he’ll surpass $4.2 million in WPT cashes. That would put him at fifth all-time, just behind Tuan Le and just ahead of Gus Hansen.

Amazing as he’s been, his numbers are actually more impressive than we made them seem. During the poker boom era (pre-2012), most WPT champions earned far more than they do today. Take Joseph Bartholdi, for example. You may not even recall he won the $25,000 WPT World Championship in 2005 for $3,760,000, his only career cash on tour.

In fact, he only has about $500,000 in additional cashes across all live tournaments. But because of that one massive score, he ranks 10th all-time in WPT earnings. We’ll probably never see another World Poker Tour winner receive that much.

If you look down the list of top earners, you’ll see names like Carlos Mortensen (#1), Daniel Negreanu (#2), and Michael Mizrachi (#3). Chino Rheem (#6) is the only player in the top 15 with more than half of his earnings from post-Black Friday tournaments.

Despite playing in an era with smaller payouts especially for winners, he can crack the top five in earnings with a victory next week.