The 2016 Irish Poker Open came to a close on Monday, and when the final opponent had fallen, it was Ireland’s own Daniel Wilson who stood victorious. Wilson took home close to $168,000; a bit less based on Monday’s euro conversion rates to dollars, and a bit more based on today’s. 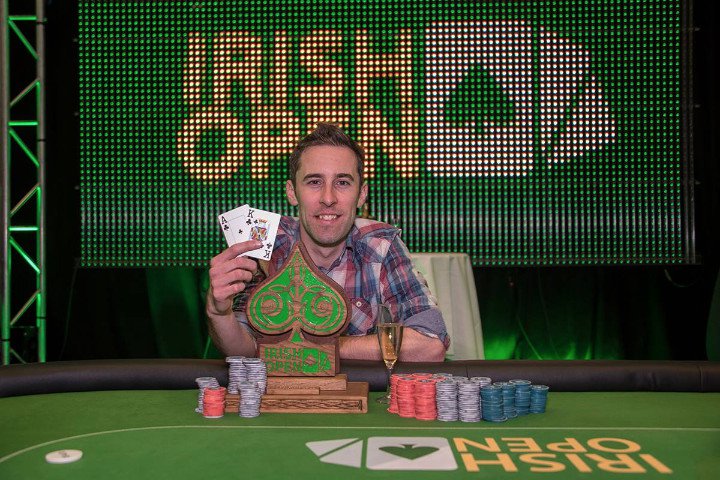 Despite being the oldest poker tournament in Europe, recent years have seen attendance at the Irish Poker Open fall to the point that a number of prominent local players, such as Dara O’Kearney, had called for a change of dynamics.

“It seems like the sponsors dropped the ball in the run-up to the Open and either got complacent or simply failed to recognize the many negative signs,” O’Kearney wrote on his blog in 2015.

Following the calls for change, the organizers responded this year by dropping the buy-in and guaranteeing a $560,000 prizepool for the event.

As ever, the great and the good of the poker world made the trip to Dublin’s Citywest Hotel on March 24 for the start of the tournament, but by the time the final table rolled around on March 28, Michael Conaty was leading the way.

Throughout the finale, Conaty maintained his position among the top stacks. But as the field thinned and the likes of Michael Rossiter and Igor Arkhipov departed, it was Wilson who stole the momentum.

Wilson Wins it All

Heading into the heads-up portion of the event against Conaty, Wilson held just over five million chips more than his opponent and never fell behind in the back-and-forth battle.

After a failed deal that would have split the prizepool virtually down the middle while leaving $7,200 to play for, the action resumed, and within a few hands, it was Wilson who emerged as the victor after a classic Hold’em race.

With his chips in the middle and his pocket nines slightly ahead of Wilson’s Ac Kc, Conaty hoped for a slice of luck from the poker gods as the dealer burned and turned the flop.

Unfortunately, the As 5s 2d board left Conaty on the ropes, and by the time the turn and river produced two consecutive sixes, the fight was over.

As the remainder of Conaty’s chips were pushed into Wilson’s stack, the confetti rained down on the latest Irish Poker Open champion and another successful incarnation of Europe’s oldest tournament.