Daniel Strelitz ended the final four days of the 2017 WPT L.A. Poker Classic with the chip lead. But the only day that mattered was the last. 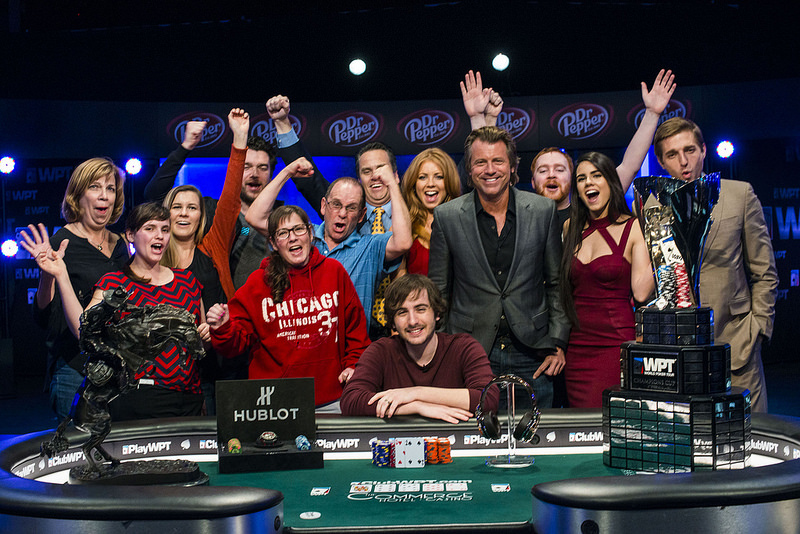 The hometown poker player outlasted 520 players, including World Poker Tour commentator Mike Sexton, who finished in 4th place. He earned $1 million, a Hublot watch, an L.A. Poker Classic trophy, and a spot in the April 7th Tournament of Champions (TOC).

The young Californian had nearly a three-to-one chip advantage when the final table began on Thursday at he Commerce Casino in Los Angeles. As is the case with nearly every chip leader in any poker tournament, eventually you’re going to get challenged, unless your name is Joe McKeehen.

And in fact, by the time Strelitz was heads-up with Simeon Naydenov, he was no longer the chip leader. But it only took two hands before he regained that advantage.

Strelitz turned a full house and his opponent rivered a flush. In this situation, there wasn’t much Naydenov could have done to avoid losing a sizable amount of his chips. The eventual winner had 9,530,000, and his opponent had 6,095,000, after this hand concluded.

He continued his climb, slowly increasing his stack to over 11,500,000, taking down small pot after small pot. It appeared Strelitz was in command, but Naydenov fought back, closing the gap to near-even stacks at one point.

Straight to the Finish

After 20 hands of heads-up play, it was anyone’s game. Then, Strelitz picked up some key hands and put his opponent away.

On the 183rd hand of the final table, Strelitz turned a straight against his opponent’s top pair. Naydenov moved all-in and was instantly called. He was drawing dead and his opportunity to win his first WPT title came to an end.

Mike Sexton couldn’t be in the television booth with Vince Van Patten at the final table: he was busy playing poker. But alas, the long-time broadcaster busted out in 4th place.

He received plenty of props from poker fans on social media. Those at the final table also showed some love to the man who has done as much for the game. Strelitz said it was an honor just to play with the legend.