Daniel Negreanu Wants to Ban Players from the WSOP 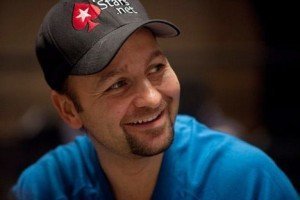 Daniel Negreanu outlines the players he’d ban from the WSOP.(image:poker-king.com)

Daniel Negreanu’s rants are infamous in the poker community thanks to his candid stance on a range of issues and in his latest textual tirade he put the WSOP in his crosshairs.

In a piece published in his blog on FullContactPoker.com, Negreanu decided to call out some of poker’s more controversial players.

Entitled: “A List of Players Who Should be Barred From WSOP?“, the blog post describes six pros Negreanu would like to see banned from the industry’s largest festival.

Although banning certain players based on their past misdemeanors isn’t something the WSOP’s organizers have made a habit of, Negreanu is keen to see convicted poker cheats barred from anteing up in the future.

First on Negreanu’s hit list was the men alleged to be behind two of the biggest online cheating scandals of all time: Russ Hamilton and Mansour Matloubi.

Although Negreanu admits that neither player has been convicted of spying on players’ hole cards to beat them for thousands of dollars, he does feel their actions are severe enough to warrant a ban. Pondering the issue of whether online infractions should carry real world penalties, Negreanu compares Hamilton and Matloubi’s actions to multi-accounting and believes what they did is infinitely more damaging.

Next in the firing line was former Full Tilt board member, Chris Ferguson. Since the demise of Full Tilt, Ferguson has gone into hiding and, despite not agreeing with his tactics, Negreanu feels his role in the saga wasn’t as significant as that of Howard Lederer (who also features on the list).

In fact, because Ferguson has never been known to cheat anyone in the live arena, Negreanu believes he shouldn’t be banned from the WSOP.

A Reprieve for Lederer and Duke

Similarly, although somewhat surprisingly, Negreanu also feels that Lederer shouldn’t be banned from the WSOP. While he acknowledges that Lederer isn’t a likeable character and played a major part in the Full Tilt debacle, the Canadian does credit his nemesis with trying to help players get their money back and that he hasn’t made any missteps at the felt.

The final pairing called into question by Negreanu involves one of his biggest enemies: Annie Duke. Alongside Jeffrey Pollack, Duke, according to Negreanu, duped professional poker players out of millions when the Epic Poker League collapsed.

After anteing up thousands of dollars to play in a league with a “guaranteed” million dollar freeroll at the end, some of the game’s biggest names were left out of pocket when the league folded and Duke disappeared.

However, despite this epic mishap, Negreanu doesn’t feel Duke should be banned from the WSOP. In fact, in a somewhat surprising turn of events, the usually intolerant Negreanu appears to have mellowed in recent months. Whether it’s his work with Choice Center or a new found inner peace, the PokerStars pro only wants two of the six players listed to miss out on the 2015 WSOP.

As with anything Daniel Negreanu writes, the post gathered a slew of comments from the community. While some readers agreed with Negreanu, a number of fans were quick to point out the players that weren’t included on the list.

In the past Negreanu has been critical of Men Nguyen who has long been suspected of being a cheater, but he wasn’t named as someone that should be banned. Similarly, and more significantly, a number of readers commented that Negreanu didn’t mention his friend, Erick Lindgren.

Although the US pro hasn’t ever been accused of cheating at the poker table, he has reneged on a large number of high stakes bets with fellow pros in recent years. These actions have left him reviled by many members of the community, but that’s something Negreanu has decided to ignore in his article.

Do you agree with Negreanu’s opinions? If you could ban any players from the WSOP, who would you choose and why?

I don’t blame him, it is amazing that Lederer and Ferguson are not in jail for stealing players funds. That is basically what they did. They knew the money they were taking was from users accounts, but had ZERO problem taking it. I am with Daniel on this one, I was one of the people that had their account stolen.

So you agree with Daniel that the thieves should’t be banned then? That seems contradictory to the tone of your post Joe.