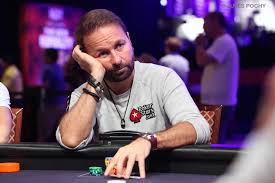 The poker pro became a US citizen a year ago and eagerly awaits the opportunity on November 8th to vote against the wealthy businessman.

Negreanu isn’t afraid to use his money to make sure the world knows the type of character he thinks that Trump possesses.

After a recent tape was released of a 2005 conversation between Trump and TV personality Billy Bush discussing women in a vulgar way, allegations that more tapes with incriminating evidence against the candidate were out there.

However, if the tapes are released, the show’s former producer Mark Burnett, a Trump supporter, has said he will file a lawsuit which is estimated to cost the violator upwards of $5 million. That has sparked anti-Trump voters, including Negreanu, to offer up some money to cover the lawsuit so that the tapes will be released.

According to reports, Trump makes racist comments and sexual innuendos about female staffers in these recorded audio tapes.

“@mcuban I’m in to donate $100,000 to the cause if you decide to take this on!” Negreanu posted on Twitter, directed at billionaire Mark Cuban, who is also anti-Trump.

Raising the $5 million might not be difficult, and Negreanu’s money might not be needed. David Brock, the head of a pro-Hillary Clinton superPAC, has offered to pay the full amount on his own.

“If a $5 million leak-fee is what stands between truth and total Trump implosion, sign me up,” he said in an email to BuzzFeed News.

Despite the accusations made against Trump, there is still no proof the tapes include any racial slurs. At this point, it’s all just rumors which were started by Chris Nee, another former ‘Apprentice’ producer, after he posted a series of tweets suggesting Trump made inappropriate comments that were far worse than what was said on the recently released tape.

He also claims to have no confirmation on what Trump actually said in unreleased clips.

Daniel Negreanu has gone from poker player to political commentator on Twitter this election season. He was originally a Bernie Sanders supporter. But when Sanders lost in the primaries to Clinton, he hopped on the Hillary bandwagon because he so badly wants Trump to lose.

The six-time WSOP bracelet winner has taken some heat for his anti-Trump comments recently. Many of his Twitter followers chime in to let the poker pro know how much respect they’ve lost for him due to his Trump bashing.

But it doesn’t appear to faze him. Negreanu is likely to continue letting the world know just how dangerous and incompetent he thinks Donald Trump is right up until the November 8 election.

Daniel is clearly a mentally disturbed individual kinda like the candidate he supports lol. . . EPIC

If you are Romanian and now American citizen,you are going to regret voting for Communist democrats,have you forgot the history ,the brave kings who faught with
Otoman empire,to defend the land against Islam ,and recently people who died during
1990 revolution ? I my self for 1st time I’ve changed the political party to vote for future
Of America,to be safe ,to have no terrorists coming here and imposing their sharia low,
And to have the right to defend my self.Please get documented,is not to late,I consider Catalin Berenghi a modern hero to keep Islam out of Romanian land.
Doresc sanatate si noroc la poker!