Daniel Negreanu was so close to chipping away a big chunk of Doug Polk’s $600,000 lead on Day 13. He was cruising along, up big for the session, and then, he lost most of that profit on the final hand of the day thanks in part to a questionable river call. 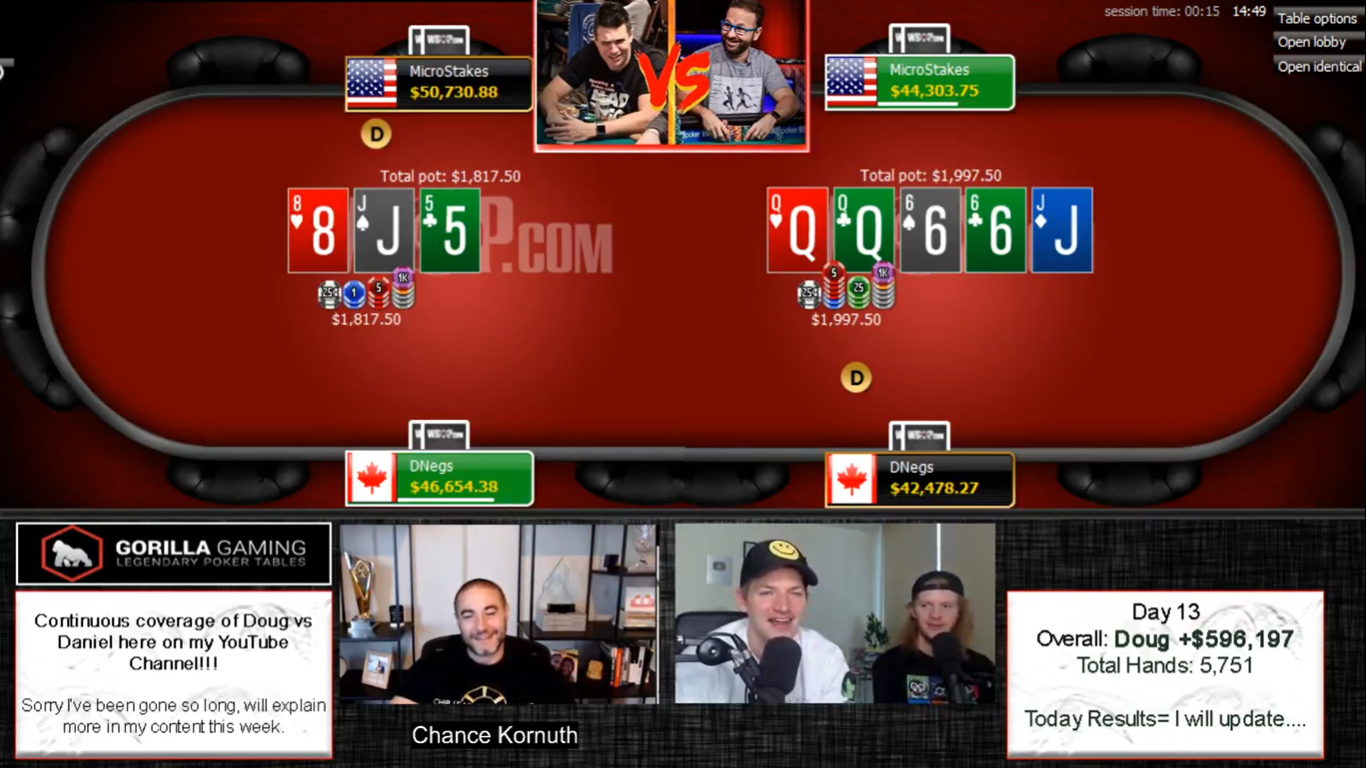 Monday’s session lasted just over 2 hours and 15 minutes, perhaps shorter than it would have been if not for the last hand. The poker pros have agreed to play for at least two hours per day. After that point, either player can call it quits at any time.

Despite trailing by a wide margin — the equivalent of 15 buy-ins — Negreanu didn’t seem tilted, at least publicly. He expressed confidence in his game during recent post-game interviews on the GGPoker YouTube channel. That changed a bit following Monday’s session, the 13th of the high-stakes Heads-Up No-Limit Hold’em grudge match.

Did Negreanu Make a Bad Call?

It’s a lot easier to determine the correct play after you’ve seen the cards. So, when Negreanu called off more than $30,000 on the river with nothing but second pair on the final hand, perhaps his decision wasn’t as bad as it appeared on the surface.

Polk raised the button to $948 with A 7 of diamonds and Negreanu fired off a three-bet to $4,269 with J-9. Polk made the call before the flop came out 2 9 6 with one diamond. Negreanu continued his aggression with top pair, betting $6,403 — three-fourths the size of the pot. The Upswing Poker founder, with nothing but ace-high and position, wouldn’t go away.

Both talented poker players saw a second diamond hit on the turn (4). Negreanu, whose hand didn’t improve, ripped again for $16,009 — again 75% of the pot. Now with a flush draw and an over-card, Polk continued in the hand with about $33,000 more left behind.

The river gave Polk the best hand (Ace) and the over-card forced Negreanu to check. Polk wasn’t about to give up an opportunity to get maximum value, so he moved all-in for $33,000. After tanking for over a minute, Negreanu made the call and lost the $119,000 pot. He called it quits for the day immediately after.

That hand ruined an otherwise impressive session for Negreanu, who led by more than $100,000 on the day at one point. He still won around $21,000 and chipped away a small chunk of Polk’s lead. Had he refrained from making the hero call, he would have finished the session with a much bigger win.