Daniel Negreanu is no longer a heavy underdog in his heads-up battle against Doug Polk. Certainly not after completely obliterating his opponent on Wednesday for a massive win. 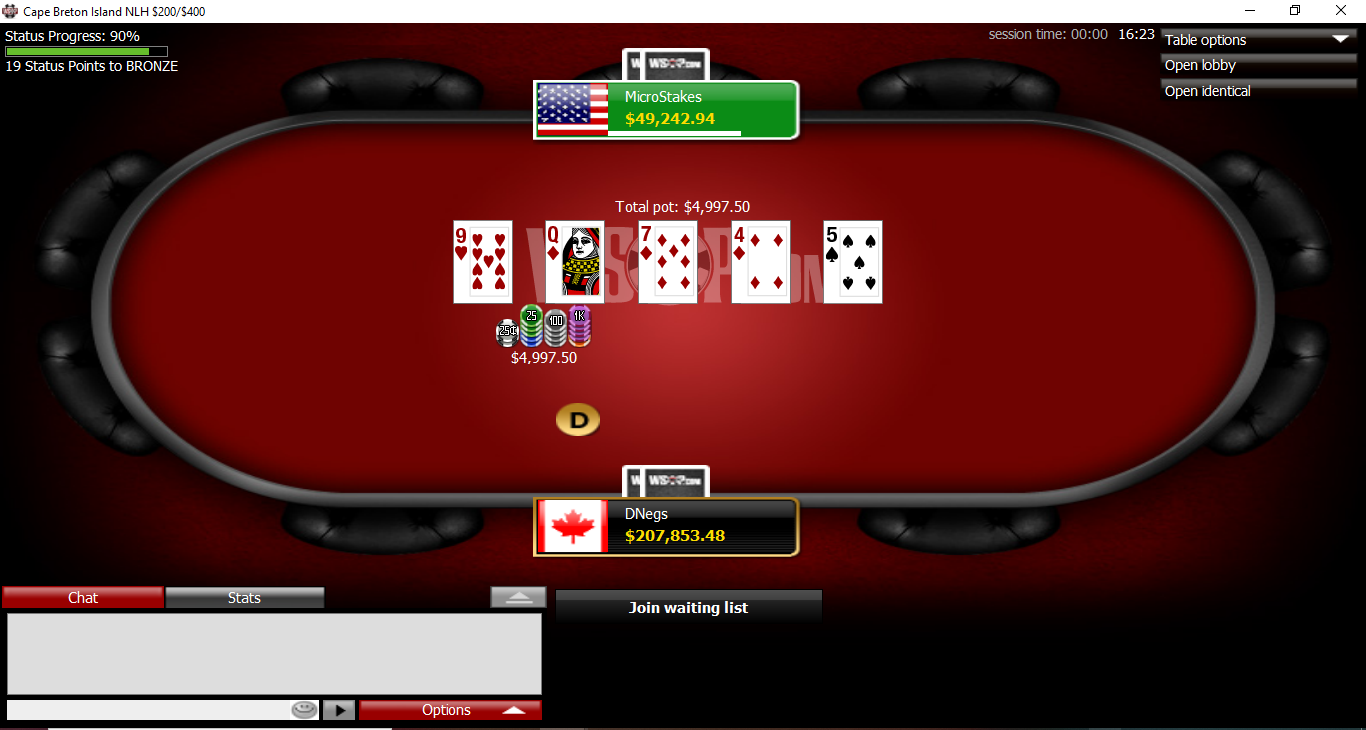 But, it’s not just one session in which DNegs got “lucky.” He’s been battling stride for stride with the Upswing Poker founder throughout. Even in sessions that he lost, you can chalk up bad luck as a contributing factor. On Wednesday, luck may have been on his side a bit, but he won that session with superior play.

Fireworks ensued early in the match on Wednesday. Negreanu shipped two massive pots with top pair, picking off Polk’s huge bluff attempts. Polk attempted to turn his middle pair into a bluff in one hand after missing his flush draw on the river, but Negreanu called his all-in bet with top pair (kings).

That hand was sort of a microcosm of the day for the heavy pre-match favorite. Negreanu showed little respect for Polk’s large bet sizes. In another hand, Negreanu won a big pot with ace-high after Polk gave up on the hand on the river and checked.

While the match is still relatively early on — Polk and Negreanu have agreed to play at least 12,500 hands — the sample size is no longer tiny. Polk entered this match as a 4-1 favorite and few gave Negreanu any chance. Some expected him to lose more than $1 million.

Not only was Polk favored, but he talked a ton of smack about Negreanu over the past few years. Prior to the challenge, he wrote on Twitter that he was going to “back the truck up” and “take out the trash,” suggesting he’s going to crush the former PokerStars ambassador.

For all we know, the match may end up going in that direction, but to this point, Polk has been outplayed by an opponent he’s shown little respect to in recent years.

He might have a point. For all the trash talk Polk directed at Negreanu, he sure hasn’t backed it up. Nor has he backed the truck up and cleaned Negreanu out. Instead, he’s losing to a player who doesn’t even specialize in No-Limit Texas hold’em.