Daniel Negreanu won a small profit on Day 23 against Doug Polk, but it could have been much more if not for yet another unlucky river card. 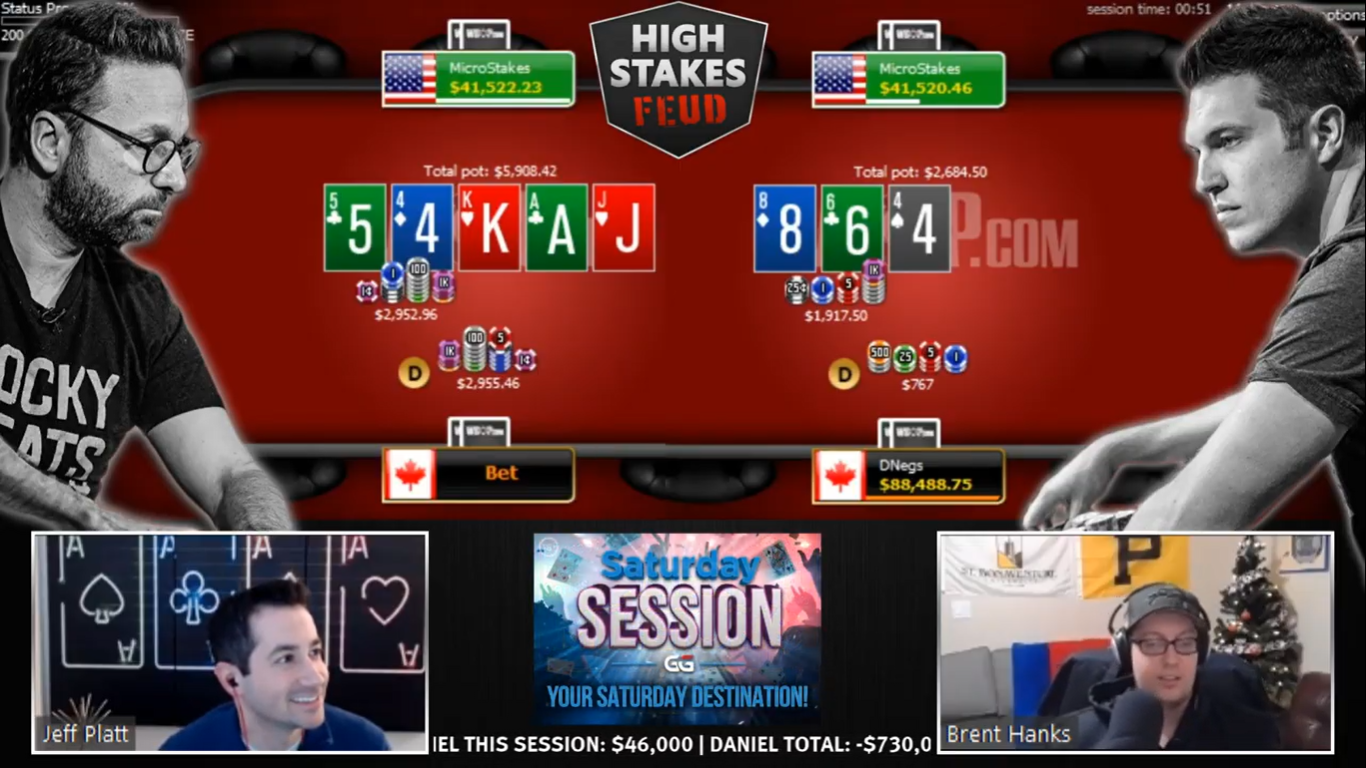 Daniel Negreanu is slowly but surely getting back into the match. (Image: YouTube)

He also could have walked away with a larger victory if not for a huge failed bluff attempt. In one hand, Negreanu fired out a $55,000 bet on the river with eight-high (7-8). Polk thought for a brief moment before making the call with K-J on a king-high board.

That hand took Polk from a sizable deficit to a tiny lead. Ironically, shortly after, he gave a bunch of chips back to Negreanu with his own failed bluff attempt with 6-7. Negreanu made the call with trip kings. It’s tough to bluff into a monster hand.

The long-time feuding-but-no-longer-feuding poker pros began the second half of a 25,000-hand challenge on Monday afternoon. Negreanu, who trailed by $770,000 entering the session, had the option to call it quits at 12,500 hands with no penalty. To the surprise of no one, he chose to continue on in hopes of pulling off a miraculous comeback. Of course, he also risks potentially losing more than $1 million.

Negreanu’s biggest obstacle throughout this challenge has been slow starts. Polk is usually the one busting out to a fast start and an early lead. But, not on Monday. The GGPoker ambassador was up nearly $100,000 barely an hour into the 23rd session of the match. Then he bluffed off nearly all of that lead.

Negreanu would regain his composure and benefit from a failed bluff attempt from Polk. Then, he found himself in a perfect spot to win a massive pot with pocket jacks. Unfortunately, for the Poker Hall of Famer, the river wasn’t kind.

That hand sort of sums up this challenge in a nutshell. In so many cases, Negreanu has lost massive pots on the river. He would still likely be down, even without the bad luck, as he’s facing arguably the best heads-up No-Limit Hold’em player in the world. But Polk has also won a significant amount of his profit on coolers and bad beats.

Following three hours of play on Monday, Negreanu booked approximately a $27,000 win. He now trails overall by around $750,000, the equivalent of just over 18 buy-ins.