Monday, at the WPT Five Diamond World Poker Classic Main Event at the Bellagio in Las Vegas, Daniel Negreanu threw his bankroll around like a rag doll. The six-time WSOP bracelet winner bought into the event six times, and each entry cost him $10,400. 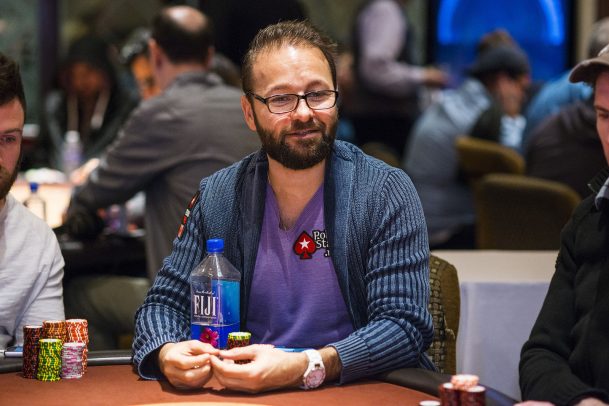 After getting felted five times, the sixth entry was the charm. Negreanu bagged 80,000 chips after Day One, and will return at noon Pacific time to play Day Two on Tuesday.

“Ended day one of WPT Bellagio with 80k on 6 bullets. Finally got one to work then went into lockdown mode. Back at it tomorrow at noon,” he posted on Twitter.

Earlier in the day, Kid Poker wasn’t doing so well, but he remained optimistic that he would end the day with chips.

“Early on in the WPT Bellagio on bullet #4. Had it all in on turn with best hand on bullet #1 and firing ever since. I WILL get chips lol,” Negreanu wrote.

Who says money can’t buy happiness? On his sixth bullet, the luck finally went his way. After sucking out to chop a hand, he hit a straight on the turn to crack pocket aces, doubling up. Having a good time on this day meant playing extra loose.

But once he got some chips, Kid Poker swore he was ready to “be a good boy for a while.”

When you hold the record for most lifetime money won in live poker tournaments, you can afford to throw cash around. Nice work if you can get it.

The Day One-ending chip leader was Robin Hegle (185,000). Lucas Blanco Oliver was in 2nd place (139,325). This is one of the most prestigious events on the high roller poker circuit each year. That means many of the best players in the world came to play.

Actress Jennifer Tilly, one of the most talented Hollywood poker players, has a healthy stack of 134,225. Phil Laak’s girlfriend has five career WPT cashes, but is seeking her first final table.

David Pham, arguably the best player who has never won a WPT title, ended Day One with 120,100. The Dragon has appeared at seven WPT final tables and has nearly $2.4 million in winnings on the tour.

There were 519 Day One entries (six of which were from Negreanu) and 368 players move on to Day Two. The final table will be held on Saturday and televised on Fox Sports on a later date yet to be announced.