Daniel Negreanu finally won some big pots and was on his way to scoring a huge profit on Day 4 of his challenge against Doug Polk. Then, a brutal bad beat on the day’s final hand put a damper on the GGPoker ambassador’s impressive session. 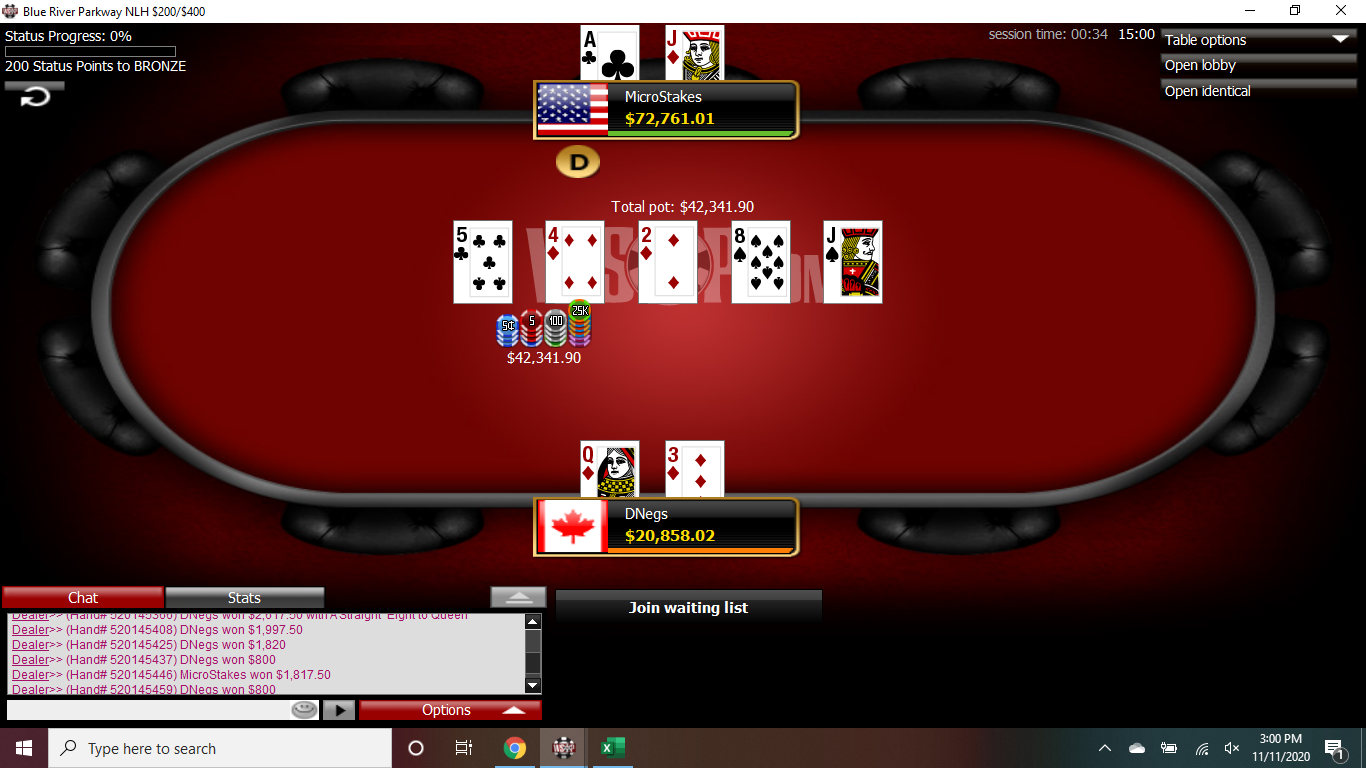 Polk entered Wednesday’s session with more than a $260,000 profit in three days and just over 1,000 hands of play. Polk and Negreanu agreed to play at least 12,500 hands of $200/$400 stakes on WSOP.com, so a big lead this early in the match doesn’t guarantee victory by any stretch of the imagination.

Still, it was crucial for Negreanu to get on the winning track before it’s too late and before he’s down the cost of a (small) Beverly Hills mansion. He stopped the bleeding on Day 4 before taking a severe kick to the stones on the last hand.

Negreanu Turns it Up a Notch

Day 4 was going about as well as it could for Negreanu through the first hour. Polk was crushing it once again before it all, out of nowhere, turned around in favor of the former PokerStars ambassador.

With Polk leading big on the day, and overall, Negreanu desperately needed a patch of good fortune. He got his wish with pocket kings in a $95,000 pot, all-in pre-flop against his opponent’s pocket jacks. It was the first time in the entire challenge Negreanu won a big pot on a cooler. Polk, however, had won numerous huge coolers.

The luck continued moving in Negreanu’s direction following that hand. He perfectly baited Polk into bluff-jamming into his trip aces in another crucial pot. In that three-bet pre-flop hand, the flop ran out A-8-4 and Polk, in position, bet with Q-J (no backdoor flush draws possible). He then bet the turn (another ace) as Negreanu just check-called on both streets. Then on the river (a board-pairing 4), he jammed all-in and got snap-called.

The $95,000 pot completely changed the direction of the session in Negreanu’s favor. Polk lost multiple big pots soon after and found himself down nearly $170,000 for the day with just a few hands remaining.

‘DNegs’ Doesn’t Have a Heart

With Negreanu cruising to what appeared to be a big session, he was on the verge of ending the day nearly in the overall lead. But one sick river card ended those dreams.

Negreanu four-bet pre-flop with pocket jacks and both players saw a flop of 6-5-2 with two hearts. They got the money all-in on the flop creating an $81,812 pot. Polk turned over pocket 10’s with a heart and Negreanu had two black jacks. The turn was the 3♥ of hearts, and river the 7♥, giving Polk a runner-runner flush to scoop the final hand of the two-hour session.

Polk’s lead through 1,372 hands is the equivalent of 453 big blinds or 4.5 buy-ins. The players still have at least 11,000 hands left, so it’s still anyone’s ball game. But that last hand was a killer for Negreanu, who nearly chipped off 62% of the deficit in one session.

JJ vs KK isn’t a cooler