Most of the big name pros are gone from the WSOP Main Event heading into Day Six, but there are still plenty of reasons to continue watching. One of those reasons is Daniel Hachem, the son of 2005 world champion Joe Hachem, who is attempting to become the first father-son duo to win poker’s most prestigious event. 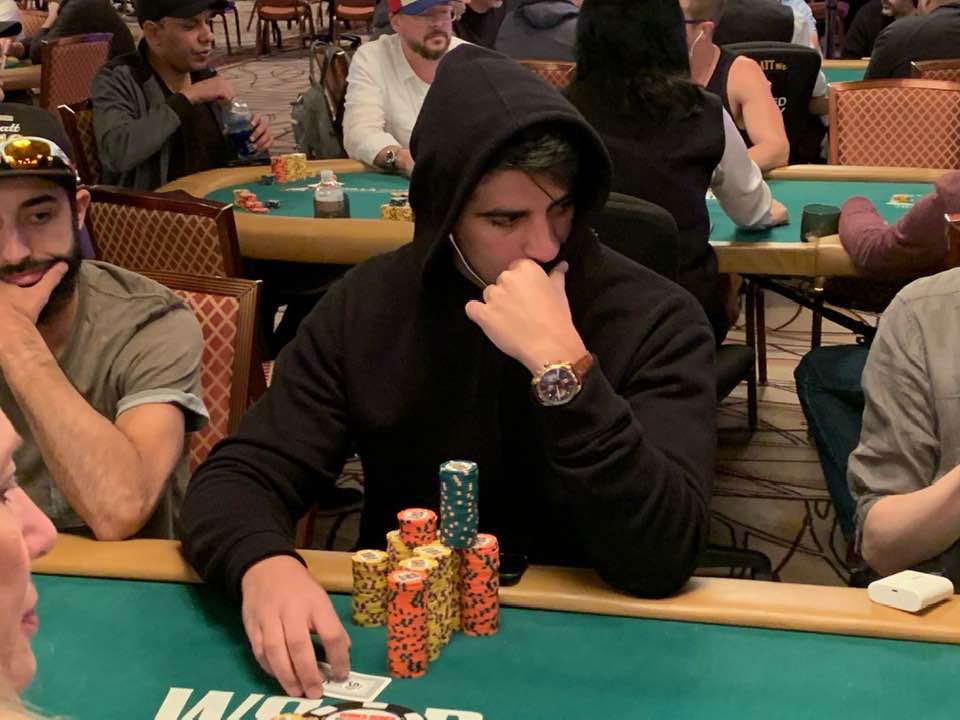 Hachem isn’t the only reason, however, to continue paying attention to the Main Event. Antonio Esfandiari has a big stack, a few other poker greats – Jeff Madsen, Jake Schindler, to name a couple – are still in contention. And one of the remaining 106 players is just six days away from winning a nice cool $10 million bucks.

Even though it’s been 14 years since Joe Hachem won the Main Event, he’s still adored by the poker community. So, if his son continues running deep this week, the younger Hachem will most certainly become his own household name.

Daniel Hachem, who bears a striking physical resemblance to his father, bagged 6,765,000 chips following Day Five. He’ll come back at noon PT on Thursday with the 26th largest stack out of 106. Timothy Su went on an insane heater on Wednesday and left with a huge chip lead (19,235,000).

But, as we learned on Day Five, starting a the session with the chip lead isn’t everything it’s cut out to be. Just ask Dean Morrone who bagged the biggest stack on Day Four. He was eliminated the following day in 159th place ($59,295).

Hachem doesn’t have the chip lead but he’s right in the thick of things and would like a better outcome on Day Six than Morrone had a day earlier. Daniel is the only child of a former Main Event champion still standing. Todd Brunson, Doyle’s son, was also eliminated on Wednesday in 191st place ($50,855).

Mike Matusow was one of many big name pros who’s Main Event run was cut short on Day Five. He was visibly disappointed in his exit as his bust-out was televised on ESPN, but still was gracious enough to shake his opponent’s hand and wish everyone at the table “good luck.”

Former NFL star Richard Seymour, who was seated at the ESPN feature table on Wednesday, also ran deep and showed viewers that he can play poker about as well as he could rush the passer back in the day. But like Matusow, his solid performance was cut short of the final table as he busted in 131st place ($59,295).