Daniel Dvoress finally has a “major-ish” poker title to his name. The high-stakes pro outlasted 51 players at the Baha Mar Resort and Casino to win the $250,000 buy-in, Super High Roller Bowl Bahamas for a career-best cash of $4,080,000. 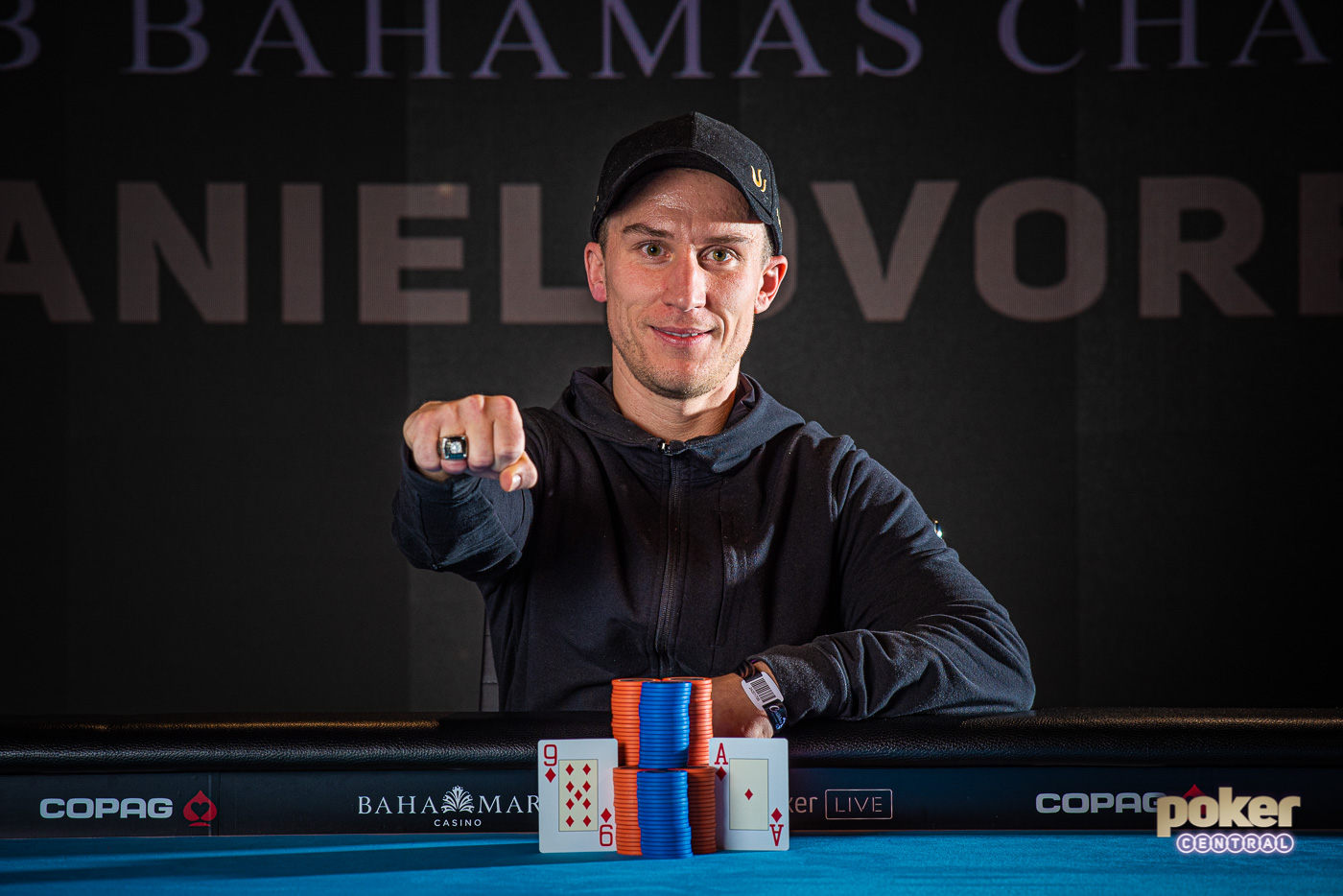 Dvoress isn’t a household name, at least to the casual poker fan. His accolades may not quite be on par with pros such as Stephen Chidwick and Justin Bonomo, but he’s a respected player with an impressive resume boasting more than $15 million in cashes.

Dvoress earned his victory on Monday. To win the Super High Roller Bowl Bahamas title, he had to defeat a final table that included a Poker Hall of Famer (Erik Seidel), the second winningest tournament player in history (Justin Bonomo), and at least two other players who appear destined to one day enter the Poker Hall of Fame (Jason Koon and Steve O’Dwyer).

Seth Davies, another skilled high roller, held the chip lead by a slim margin over Koon when play began on Monday. He lost his grip on the lead early in the session when his set of 10’s ran into Seidel’s flopped straight, costing him a massive pot, and likely, the tournament.

Kathy Lehne, the first woman to cash in a Super High Roller Bowl, suffered one of the most brutal beats of the tournament. In a five-million chip pot, she called an all-in with pocket aces against Wei Lin Chan, who held pocket sixes.

The flop and turn looked good for Lehne, coming K-K-Q-7. A soul-crushing river 6 sent her home in third place. On the flip side, she took home $1,785,000. Lehne’s elimination put Chan heads-up against Dvoress, who hit a lucky card to stay alive earlier in the tournament.

Dvoress led when heads-up play began. In one critical hand, Dvoress looked ready to put the tournament out of reach, after flopping trip deuces on a board of 2-3-2, and getting Chan to call all in with pocket 10s. Chan avoided elimination, however, when a 10 on the turn gave him the winning full house.

Congratulations to Daniel Dvoress, he has won for the perseverance he had, I hope to achieve that goal over time, it is the dream of many poker players. A final table for the heart attack, several of the best players in the world together in a great final to remember.

Congratulation Daniel,good job! I hope this is not his last success.