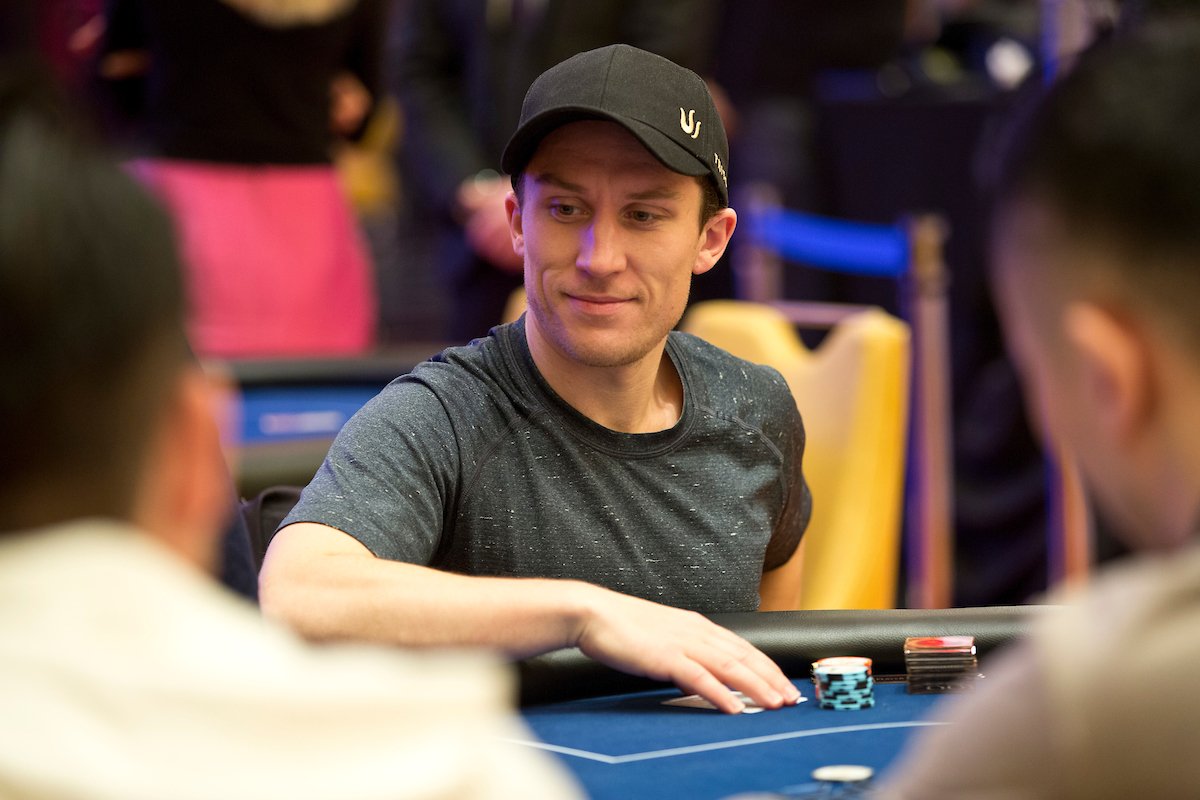 Daniel Dvoress may be close to finally winning his first bracelet. (Image: triton-series..com)

Paul Teoh, a Malaysian poker player, took down Event #47, $1,000 Short Deck No-Limit Hold’em for $82,202. The eventual champion entered heads-up play against Michelle Shah with a 4-1 chip advantage and never fell behind. Shah earned $60,254. Mike Watson, who has more than $12 million in live tournament cashes, was eliminated in third place for $44,166.

Teoh has just five cashes at the WSOP, including one last year in another short deck tournament at WSOP Europe. He became the third player in history to win a bracelet in a short deck event.

Vladas Burneikis also won a bracelet on GGPoker yesterday, also his first. He dominated the $500 Turbo Deepstack No-Limit Hold’em event and took home $192,523 for his efforts. Pierre Merlin was the runner-up, earning $147,052. Boris Kolev finished in third place, good for $105,732.

Dvoress has the type of poker resume that would make most players envious. With more than $15.6 million in lifetime live tournament cashes, he’s proven he can compete with the best and win big. But until last year, he couldn’t seem to get over the hump and win a major tournament.

Dvoress took down the $250,000 Super High Roller Bowl at the Partypoker Millions series last November for a career-best $4,080,000. Prior to that victory, he had numerous deep runs in tournaments, but continually fell short of the title.

The high roller will once again have an opportunity on Sunday to win a major tournament, this one in a WSOP event. Dvoress is the chip leader heading to the final table of Event #48, $1,500 Millionaire Maker, the GGPoker online version of the annual summer Milly Maker in Las Vegas.

Play won’t resume again until Sunday, so he’ll have some time to prep for the final table. Dvoress holds the chip lead with nine players remaining, but everyone is short-stacked. He has 92 million chips, which is only 30 big blinds. Alejandro Caridad sits in second place with 21 big blinds. Five of the nine players have less than 10 big blinds, so, you can expect a quick final table.

The GGPoker Milly Maker will pay out its winner more than the live version. John Gorsuch won last year’s Milly Maker at the Rio in Las Vegas for $1,344,930, the highest payout in the history of the tournament.