Dan Fleyshman New Ivey Poker CEO: Like a Phoenix from the Ashes 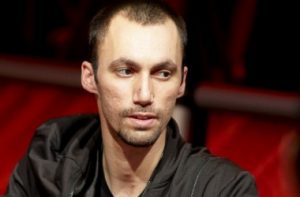 Dan Fleyshman will step in as the new CEO of Ivey Poker. (Image: CelebrityNetWorth.com)

Dan Fleyshman has been named the new CEO of Ivey Poker, a move that may point to bigger and better things for the brand next year. Fleyshman is the former CEO of Victory Poker, an online poker site that closed just days after Black Friday.

Ivey Poker was previously a Facebook game that had launched in July 2013. The game competed in the free-to-play social gaming arena with other titles such as Zynga Poker, as well as the play money versions of major sites like PokerStars.

However, Ivey’s version had an ace up its sleeve: the site featured play from Phil Ivey himself, along with some other “Ivey Poker pros.”

Given the stiff competition, Ivey Poker was always going to have a tough time breaking into that market, and sure enough, it never took off quite like Ivey may have hoped. Last month, Ivey Poker announced a temporary shut down. At the time, the game team said that the closure was “actually just the first step in our evolution as we prepare to launch an even bigger and better gaming experience for you all in 2015.”

Now, it appears as though that evolution will occur under Fleyshman. Based on tweets from the new CEO, he will be taking steps to expand Ivey Poker, the Ivey League training site, and more products based on the Phil Ivey brand.

“Expanding Phil Ivey from a household name poker player into the ‘Ivey League’ brand that he deserves to be,” Fleyshman wrote on his Twitter account. “Expect to see a dozen product extensions from Phil Ivey & a major rollout by the all-star team we’ve put together for Ivey League 2015.”

Fleyshman’s Victory Poker, which featured partnerships with well-known professional players such as Antonio Esfandiari, was a US-facing online poker site that left the American market only days after the Black Friday indictments were handed down. Soon thereafter, Fleyshman closed the site entirely, migrating players over to Cake Poker.

The news of a new direction and leadership for Ivey Poker comes at a very busy time in the life of Phil Ivey. Last week, he earned his first preliminary approval for a medical marijuana dispensary license in Las Vegas, one of 26 to receive such an endorsement. He’ll still need the go-ahead from the state of Nevada and a final license from the city before he could open such a business.

As has been well-publicized, Ivey is also in the middle of two ongoing court battles over his use of edge sorting techniques in baccarat. After losing the first of these cases to the Crockfords Casino in London, Ivey has filed an appeal at the UK’s Court of Appeal.

“Phil is seeking to appeal the decision on the basis that the Judge was incorrect in both fact and law to conclude that ‘edge sorting’ was cheating, particularly in circumstances where the Judge made it very clear in his judgment that he considered Phil to be a truthful witness and that he accepted that Phil genuinely believes that his actions during the game at Crockfords did not constitute cheating,” said Matthew Dowd, the attorney representing Ivey in the case.