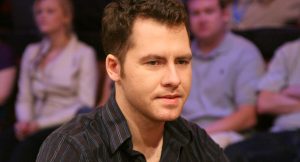 The World Poker Tour’s stop in Johannesburg, South Africa did not have the turnout that many expected, with many pros failing to make an appearance. While the WPT Alpha8 tournaments leading into the Johannesburg event had been well-attended, only nine people ended up playing in the High Roller event in South Africa. After all was said and done, it was Dan “Jungleman” Cates who bested the field for a $500,000 first-place finish.

Easy to Make the Final Table

With only nine entrants, all those that showed up made the final table. Those that participated included the aforementioned Cates, Jason Mercier, Philipp Gruissem, Erik Seidel, Jeff Gross, Phil Ivey, Antonio Esfandiari, Max Altergott, and local Kinesh Pather. The event took place over the course of two days, with Ivey and Altergott being eliminated on Day One. Esfandiari was technically eliminated on the first day as well, but was allowed to re-enter for a second attempt at the tournament for a seven-handed Day Two.

Here were the seat assignments and chip counts for Day Two of the event.

There were multiple players who busted out quickly on the second day of play. The first bust out occurred when Pather raised pre-flop and Esfandiari called in the big blind. On a Q-J-7 two-heart flop, Pather c-bet shoved. Esfandiari called for the rest of his chips with K-6 of hearts for a second-nut flush draw, an over card, and a backdoor straight draw. Pather showed Q-J for a flopped top two pair. The turn was a 4c and the river was a Td, meaning Esfandiari didn’t improve and was eliminated.

With six players, Erik Seidel was able to double up his short stack through Gruissem. Only a few hands later, Gruissem shoved his short stack with A-3 offsuit, with Gross calling with K-T. Gross hit a ten on the river, with Gruissem being eliminated holding only Ace-high. Only a few hands later, Seidel went all-in again with 7-7, with Jungleman making a call with pocket tens. Seidel didn’t improve and was eliminated in fifth place.

While three players were eliminated in the course of just fifteen hands, it took 119 more hands for the next elimination to take place. Pather doubled up through Gross, which caused Gross to go all-in pre-flop with A-8 offsuit. Cates called with pocket eights, with no Ace or other improvement coming for Gross, who was eliminated in fourth place.

After a dinner break, Cates held a significant chip advantage, holding 75% of the remaining chips on the table. Local hero Kinesh Pather moved all-in with K-Q offsuit and ran into a brick wall in the form of pocket aces held by Mercier. Shockingly, four hearts ran out on the board, giving Pather the unlikely flush for the win, crippling Mercier’s stack. Fortunately, Mercier was able to double up through Cates on the next hand. However, his luck was short lived. He shoved once more with T-7 offsuit and ran into Jungleman’s pocket aces. Mercier was eliminated in third place, which awarded him a $200,000 finish.

The heads-up match between Cates and Pather was hardly fair in terms of chip advantage, with Cates holding 836k to Pather’s 164k. Cates won the first nine hands of heads-up play, putting on the aggression against the short stack. On the final hand, Pather shoved with K-J offsuit, and was called by Cates who held J-T off. The flop was T-9-7, giving the edge to Cates with top pair. The turn revealed a jack, giving Cates two pair, and the ten on the river gave Cates the winning full house and a half-million dollars. For his efforts, Pather took home $275,000.