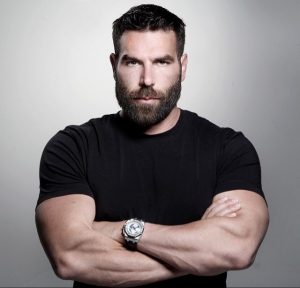 Dan Bilzerian, the high stakes poker pro and the man loved and reviled in equal measure, has released the first in what could become a string of presidential campaign videos.

When it was announced back in May that Bilzerian was contemplating a presidential run in 2016, the poker community sat up and took notice. Although the chances of Bilzerian’s bid being a bluff are extremely high, the slim chance he could get into the White House would actually be a good thing for poker in the US.

Being a fan of poker and someone who seems to have little respect for anyone in authority (such as Sheldon Adelson), Bilzerian would quickly call a meeting to have the industry regulated.

Of course, not only is the likelihood of Bilzerian running for president small, but the chances of him actually getting elected are even smaller.

Bilzerian on the Campaign Trail

Regardless of reality, the millionaire playboy has authorized the production of “Bilzerian ’16” merchandise, including t-shirts and tight tank tops for women. Moreover, to complement these garments, Bilzerian recently released his first campaign video.

Although it only lasts for 15 seconds, the video is typically outlandish and contains a bevy of girls in bikinis, guys drinking and Bilzerian bumping fists with everyone at the party.

So what’s the fundamental message Bilzerian wants to put across to the US electorate in his video? “Shake your ass.” More of an imperative than a political point, the sentiment seems to sum up both Bilzerian’s attitude to life and the mentality of those who follow him on Instagram.

So, if he doesn’t really have a message to convey or the policies to sustain a credible run in the 2016 US presidential election race, what is the video all about?

The most likely explanation is that Bilzerian is simply promoting himself and the Cabana Poolbar which is advertised at the end of the video.

While Bilzerian may not be a serious candidate for the White House, his friend and fellow poker enthusiast Rand Paul is.

Earlier this year the two public figures were seen playing a form of poker known as Liar’s Poker, prompting speculation that Paul could have a positive take on the industry.

Paul, along with his father Ron Paul, has long argued against federal intervention in state matters and he has publicly stated that he’s not in favor of a federal ban against online poker.

Furthermore, Rand is also staunchly opposed to the so-called cronyism wealthy business owners, such as Sheldon Adelson, are suspected of trying to exploit with bills such as the Restoration of America’s Wire Act (RAWA).

The fate of online poker in the US is still one that hangs in the balance; however, between Bilzerian and Paul, there does seem to be some positive prospects on the horizon.

I feel that I had to wait until the last two paragraphs to read anything possibly worthwhile.