Dan Bilzerian, known as the “King of Instagram” and a one-time regular in high stakes poker games, has found himself in trouble with Azerbaijani authorities after firing weapons in a disputed region. 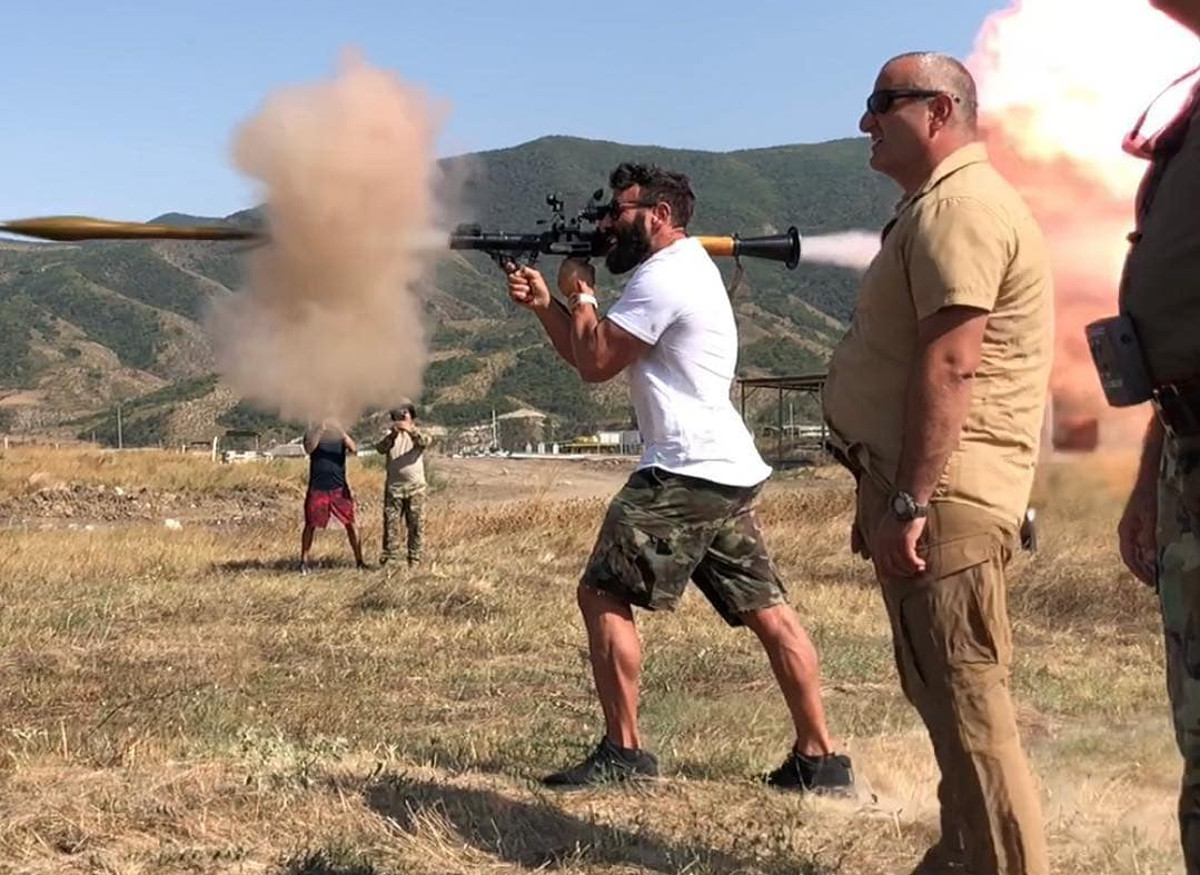 Dan Bilzerian caught the attention of Azerbaijani officials after firing weapons in the disputed territory of Nagorno-Karabakh. (Image: Instagram/Dan Bilzerian)

The incident took place in late August while Bilzerian was on a trip to Armenia, where he was granted citizenship and registered for military service along with his brother.

Bilzerian, who has Armenian heritage through his father, spent a total of three days in the country. While on his trip, he posted an Instagram photo with the simple caption of “First day as Armenian citizen,” in which he was seen firing heavy weaponry: a popular pastime for Bilzerian, who once tried to become a Navy SEAL.

This apparently took place at a shooting range, but it was the location of the incident that drew attention from Azerbaijan. Bilzerian had apparently traveled to Nagorno-Karabakh, a disputed territory between the two nations.

Internationally, Nagorno-Karabakh is recognized as being part of Azerbaijan. However, the country does not exercise much authority there: instead, it is mostly governed by the Republic of Artsakh, an Armenian-majority independent state that doesn’t have international recognition, but does enjoy de facto control over the region.

As you might imagine, anything out of the ordinary that happens in that area will immediately raise attention from everyone involved.

According to a report by People Magazine, authorities in Azerbaijan have initiated a criminal case against Bilzerian, saying that his trip to Nagorno-Karabakh was illegal, and that he also illegally acquired the firearms he used at the shooting range.

There are currently no diplomatic relations between Armenia and Azerbaijan, with the dispute over Nagorno-Karabakh being a major cause of the current tension between the two nations. More generally, relations between the countries have been strained ever since they each briefly achieved independence from the Russian Empire in 1918, and the sides have fought two wars: one before both states were annexed by the Soviet Union, and more recently, a war over Nagorno-Karabakh, which ended in 1994 with a ceasefire.

Given that backdrop, it should not come as a surprise that Armenia is backing Bilzerian. According to People, the Consulate General of Armenia has contacted Interpol asking them to dismiss the charges against him as politically motivated.

Bilzerian pointed out that while he traveled to the disputed area with several other people, the fact that he was specifically targeted shows that the charges don’t have any real weight.

“They only issued the warrant for my arrest, and nobody else on the trip,” he told People. “I think it’s because I am a public figure and they want to try to make an example out of me.”

Bilzerian has found himself in trouble with the law several times in the past, though until this year, those incidents haven’t normally caused international incidents.

you know what, say what you want about the guy, but at the very least he knows how to live an exciting life

Hahaha! As a fellow Armenian, all I can say is…EPIC!