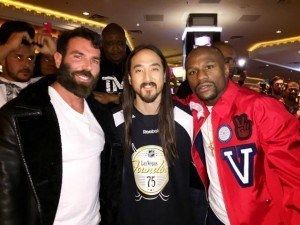 Poker bad boy Dan Bilzerian who’s recent BLM public service announcement effort seemed to come across as underwhelming for audiences everywhere is now looking to give something back.

Later this month he plans to host a charity tournament in his luxury Hollywood Hills mansion.

Announced earlier this week, the charity poker tournament will be part of a larger evening of revelry featuring a string of celebrities, including Steve Aoki and Dan Fleyshman.

The initial idea for a charity event was coined by superstar DJ Aoki, but knowing he needed some help he reached out to his friend and poker player, Fleyshman.

The entrepreneur is a master at creating a buzz around events and to help the cause he put in a call to social media king and party animal, Dan Bilzerian.

Asking if the millionaire playboy could host the event at his luxury pad in Hollywood, Fleyshman was pleased to report that Bilzerian not only agreed to be the host but he instantly began making suggestions on how to make it much more than a charity tournament.

As it stands today, Aoki’s original idea has been transformed into an all out VIP party complete with giraffes, fire breathers, mermaids and a guest list of secret celebrities.

As well as a poker tournament for charity, Aoki will be performing a DJ set and, according to the event’s official website, there will be a host of “surprise guest performances” throughout the night.

As well as inviting the elite of the poker community to ante-up in Bilzerian’s Hollywood mansion, the trio is giving away five all-expenses paid tickets to the event.

To enter the competition and win tickets to the party, airfare, a one-night stay in a hotel and transfers, all people have to do is click a simple link and fill in their details to enter the prize draw.

US Residents Can Join the Action

Anyone that does this before the 05:00pm (US/Pacific) deadline on April 15 will be in the running for one of the five packages.

The prize draw is only open to people living in the US, but thanks to the social media prowess of Bilzerian it’s likely there will be some extremely interesting videos and photos to come out of the event when things go down on April 18.

For anyone eligible to enter but unsure whether or not a party hosted by Bilzerian will be any good, a quick glance at his Instagram and Twitter accounts will provide a quick and definitive answer.

In fact, such is Bilzerian’s love of partying that it’s got him into trouble on more than a few occasions.

The latest incident took place at the close of 2014 when it was alleged he kicked a female night clubber in the face.

Fortunately for Bilzerian the situation didn’t escalate into a court case which meant he was free to continue his crazy antics until the next time.