GGPoker Confirms Dan Bilzerian Is Still Their Guy, and Twitter Isn’t Silent About It

Widespread speculation that Dan Bilzerian was no longer an ambassador for GGPoker has been dismissed by the online gaming company. 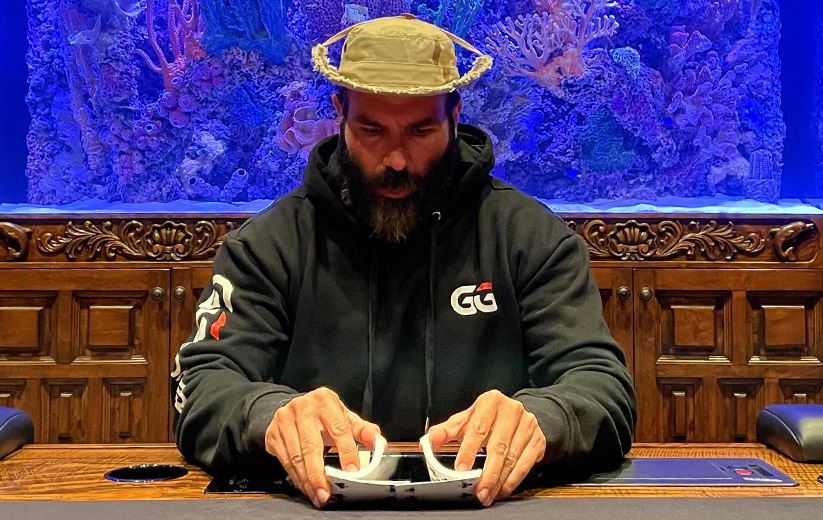 Dan Bilzerian remains a GGPoker partner, despite criticism from the poker community and an apparent scrubbing from the GGPoker website. (Image: Business Wire)

Various poker outlets reported last week that Bilzerian apparently had been axed from Team GGPoker after his profile was removed from the site on International Women’s Day, March 8. Given previous criticism of past incidents involving Bilzerian and women, many assumed it was a statement of intent from GGPoker as they unceremoniously erased him from their roster of pros.

However, a message posted on GGPoker’s official Twitter account on Wednesday provided a different take. Per the tweet, Dan Bilzerian remains a partner of GGPoker, and his involvement with the company will produce some “exciting” activities in the coming months.

Bilzerian divides opinion both inside and outside of the poker community. The sketch comedy show Saturday Night Live recently parodied his controversial presence on social media.

GGPoker’s social media team seemingly anticipated blowback from their announcement about Bilzerian’s presence, disabling public comments on the tweet. Despite the apparent desire to not hear any negative feedback about the move, as this article goes live, the announcement had been quote-tweeted 66 times.

One of the first to criticize the news was Vanessa Kade. The Canadian poker pro has been one of the most vocal critics of GGPoker, Bilzerian, and their partnership. She laughed at the announcement, calling it a “blunder” and a “mess.”

Can’t imagine a way to blunder literally every decision and communication since this mess started more than they actually have. It’s kind of incredible really.

Disallowing comments on their announcement is embarrassing and says it all.

Also airing her thoughts on the revelation was Jenn Jacob. The classical musician and partner of former poker pro, Alex Jacob, believes GGPoker has a consistent record of “ignoring women’s opinions.”

Comments off is weak AF but totally on brand when it comes to ignoring women’s opinions https://t.co/CUKTi31bZY

You know you've made a decision you're confident in when you turn off replies. https://t.co/8bj20amUV5

There were also those like Adam Bauer who suspect GGPoker had very little faith in their announcement due to the comments being disabled.

Bilzerian certainly has the power to generate headlines, even if they’re not positive. He also has over 32 million followers on Instagram alone. Therefore, from a publicity standpoint, GGPoker has reasons to maintain the partnership.

In fact, as stated in yesterday’s tweet, working with Bilzerian provides a way for the poker company to engage “new player communities” and grow the game. The question, however, is at what cost?

The initial reaction from existing members of the community has been less than positive. What’s more, it’s a recurring theme. Just days after partnering with GGPoker in 2020, Bilzerian called Vanessa Kade a “hoe.” That sparked backlash on social media and there’s been an undercurrent of discontent ever since.

For now, whether some people like it or not, Bilzerian remains a GGPoker partner, and the poker operator says he’ll be fronting more promotions in the near future. But as of press time, his image had not been put back on GGPoker’s website.

You omitted the fact that the coward still hasn’t played the winner (a woman) who won the initial GG poker promotion.